Pope thanks pro-life movement for following example of good Samaritan 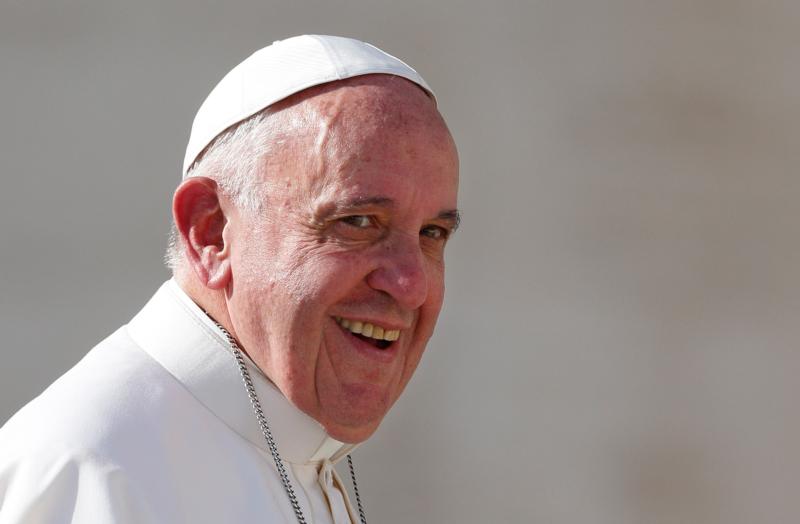 Pope Francis smiles as he leaves his general audience in St. Peter's Square at the Vatican Nov. 4. (CNS photo/Paul Haring)

VATICAN CITY (CNS) — Pope Francis said that Christians are called to follow the example of the good Samaritan in helping the defenseless who are attacked by those who steal “not only their possessions but also their dignity.”

“For Christ’s disciples, helping wounded human life means to encounter people who are in need, to stand by their side, take care of their frailty and their pain, so that they can recover,” the pope said Nov. 6.

“These people, wounded in body and spirit, are the icon of that man in the Gospel who, walking on the road from Jerusalem to Jericho, was caught by thieves who robbed and beat him.”

The pope made his reflection during an audience with members of Italy’s pro-life movements. He thanked them for their efforts in imitating the good Samaritan in defending “life from conception to its natural end.”

“In confronting various ways that threaten human life, you have approached the frailty of your neighbor, you have given yourselves so that those who live in precarious conditions are not excluded and cast aside in society,” he said.

Pope Francis stressed the importance of nourishing “personal and social sensitivity” both in accepting new life and toward those who suffer poverty and exploitation. The protection of the unborn, he said, must also go hand-in-hand with caring for the poor as well as defending families and the dignity of women.

“How many families are vulnerable due to poverty, sickness, and lack of work or a home!” he said. “How many elderly people suffer the burden of pain and loneliness! How many young people are lost, threatened by addictions and other slaveries, and are hoping to find confidence in life once again!”

The pope encouraged the Italian pro-life movements to continue on the path of the good Samaritan and to never tire of defending those “who have the right to be born to life, as well as those searching for a more healthy and dignified existence.” He also praised their work in helping those in need, especially women in need.

The number of women, especially immigrants who come to your centers, shows that — when offered concrete support — in spite of problems and constraints, women, are able to have a sense of love, life and motherhood rise above within them,” he said.