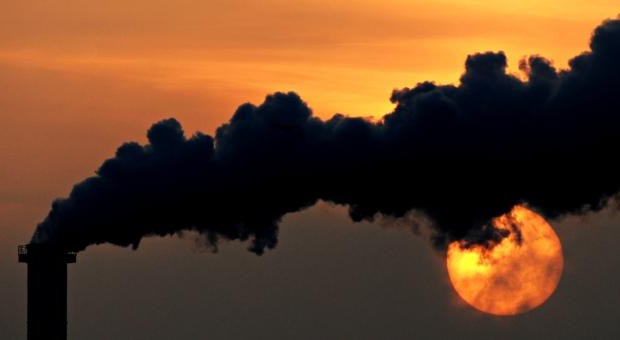 VATICAN CITY (CNS) — Heads of states at the U.N. climate change conference in Paris must do everything possible to mitigate the effects of both climate change and poverty “for the good of our common home,” Pope Francis said.

“The two choices go together: to stop climate change and curb poverty so that human dignity may flourish,” he said Dec. 6 after reciting the Angelus with pilgrims gathered in St. Peter’s Square.

The pope said he was closely following the climate conference and thinking about how conference participants are called to respond to the question, “What kind of world do we want to leave to those who come after us, to children who are now growing up?” The conference participants, he said, must spare no effort in combating climate change for “the good of our common home, of all of us and future generations.”

“Let us pray the Holy Spirit enlighten all those who are called to make such important decisions and give them the courage to always have the greater good of the entire human family as the criterion to guide their decisions,” he said.

Before his appeal, the pope reflected on the day’s Gospel reading from St. Luke (3:1-6), which recalled John the Baptist’s call for “a baptism of repentance for the forgiveness of sins.”

While some may believe conversion is needed only by “an atheist who becomes a believer or a sinner who becomes just,” the pope said, Christians also are called to convert and not presume that “we are good in every way.”

“None of us can say: ‘I’m a saint, I’m perfect, I’m already saved,'” he said. “No! We should always accept this offer of salvation and that’s what the Year of Mercy is for: to go farther on this path of salvation, that path that Jesus has taught us.”

Christians are not called to proselytize, the pope said, but to “open a door” and preach the Gospel to those who don’t know Christ.

“If Our Lord Jesus has changed our lives, and he changes it every time we draw close to him, how can we not feel a passion to make him known to those we find at work, at school, in our communities, in the hospital, in meeting places?” he asked.

“If we look around us,” he said, “we find people who would be open to beginning — or beginning again — a journey of faith if they were to find Christians who are in love with Jesus.”

One who truly loves Christ will be courageous like John the Baptist by “making low the mountains of pride and rivalry, filling in the valleys dug by indifference and apathy, and making straight the pathways of our laziness and our comforts.”

In the afternoon, the pope took part in the traditional lighting of the Christmas tree and Nativity scene in Assisi via satellite. The nativity scene was built inside a boat used by Tunisian migrants who landed in the southern Italian port city of Lampedusa. A group of migrants from Afghanistan, Cameroon, Nigeria and Syria were among those present during the ceremony.

Remembering the thousands of migrants and refugees who have died at sea, the pope said the joy of Christmas serves as a reminder that “Jesus is always with us, even in difficult times” and that he is “greater than any evil.”

“To all refugees, I say a word, that of the prophet: ‘Lift up your head, the Lord is near.’ And with him there is strength, salvation, hope. The heart, perhaps, is sorrowful, but the head is high in the hope of the Lord,” Pope Francis said.

NEXT: Vatican officials to be called to testify at ‘VatiLeaks’ trial