‘How to Be Single’ might be subtitled, ‘And How Not to Be’ 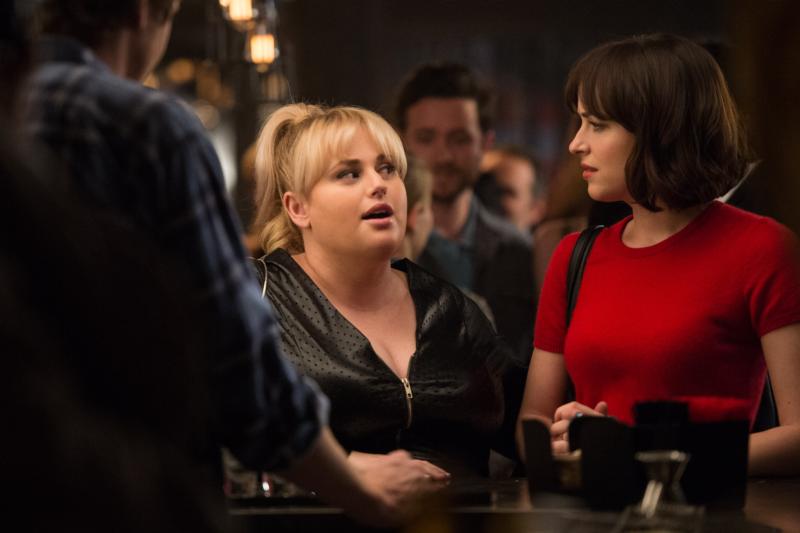 Rebel Wilson and Dakota Johnston star in a scene from the movie "How to Be Single." (CNS photo/Warner Bros.)

NEW YORK (CNS) — There’s a disconcerting moral snag in “How to Be Single” (Warner Bros.), an otherwise appealing, if slightly raunchy, romantic comedy.

This ethical stumbling block fatally impedes the positive overall trajectory of the film, which finds its characters testing their capacities to settle into monogamous relationships and genuine adulthood.

Director Christian Ditter’s adaptation of Liz Tuccillo’s 2007 novel typifies the genre’s addiction to the quirky. Thus, eccentric goings-on abound in this Brooklyn-set story, which registers as a less-racy, robustly heterosexual, aggressively schmaltzy version of the HBO cable TV series “Sex and the City.”

The women mostly just want to nest, building their lives around a relationship rather than their careers. But, of course, the men dodge long-term commitment, aided by all sorts of self-imposed “rules” designed to prevent emotional intimacy.

Alice (Dakota Johnson), a shy, wisecracking paralegal just out of college, is taking a break from a long relationship with boyfriend Josh (Nicholas Braun) and moves in with her older sister, gynecologist Meg (Leslie Mann).

On her first day at her law firm, Alice pals up with Robin (Rebel Wilson), a bumptious hedonist (a variation on the old stock character of the lovable lush) who revels in boozy, casual sexual encounters. Robin, who’s mostly just talk, merrily spouts a bodacious riff of earthy sexual references.

Alison Brie as desperate-to-marry Lucy has put her faith in technology: building an algorithm to help her find the right guy online. Still, that doesn’t stop her from carrying on an extended, old-fashioned, in-person flirtation with sympathetic bartender Tom (Anders Holm).

Most of the story is taken up with Alice’s adventures as, inspired by Robin’s lifestyle, she moves into her own apartment in a twinkly version of the Williamsburg neighborhood of Brooklyn. In order to be fully in love, the script leads us to believe, Alice must first find out who she really is and what she wants out of life.

All positive material in its way, though similar navel-gazing has been used to justify many a divorce or career of promiscuity. But it’s Meg’s story that throws up the most troubling obstacle.

Having delivered more than 3,000 babies but with no time to cultivate relationships, Meg opts for single motherhood through the use of a sperm donation at an agency she locates online. Although she’s portrayed as a responsible doctor, and serves as Alice’s moral anchor, Meg plans a pregnancy as if she’s shopping for furniture on eBay.

The success of her plan leaves Meg’s much-younger boyfriend, Ken (Jake Lacy), bewildered by her mood swings. Until, that is, they’re apart for a few weeks, and he spots her — now obviously expecting — shopping in an infant-supply store.

Meg personifies the widespread rebellion that has taken hold in contemporary society, against God’s loving plan for sexuality, marriage and child rearing. The ranks of this revolt are not filled with odious evildoers but with people whose confusion or frustration easily wins sympathy.

Driven by a laudable desire to nurture and a deeply human longing for fulfillment, they pursue parenthood outside the context within which God has placed it. In doing so, however, they not only misuse the twin gifts of sexuality and procreation, they also offend against those whom they would foster.

Whenever life is transmitted outside the loving bonds of marital intimacy, those conceived in the sterile, inhuman surroundings of a laboratory have their dignity grievously wounded. That wound is only further aggravated if they are then raised in an environment that lacks the family structure God himself has designed for our welfare.

Thus, ironically enough, a story that’s supposedly all about respect for the feelings of others runs aground on the essential issue of respect for the proper passing on of human life.