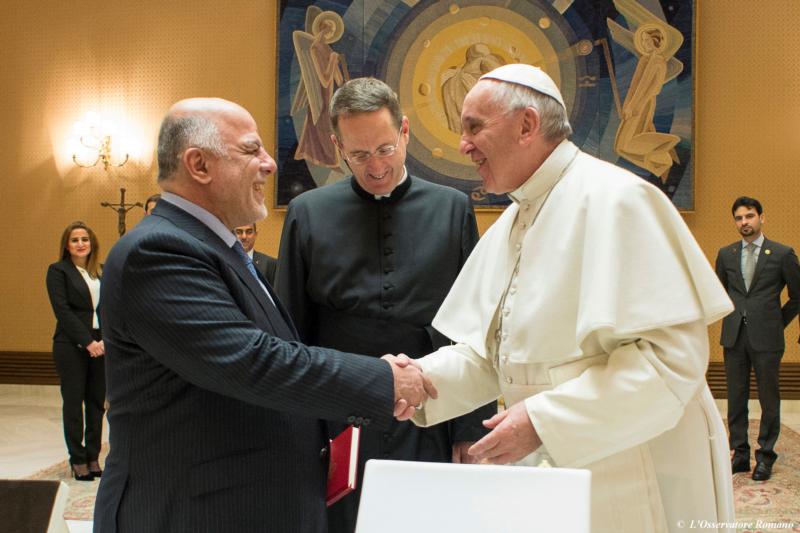 “I wish for Iraqis and for all of us — for the whole world — leaders like this,” the pope said Feb. 10 as he gave the Iraqi leader a medallion featuring an olive tree — a sign of peace — that holds together a split rock.

In addition to meeting Pope Francis, the prime minister held private talks with top officials of the Vatican Secretariat of State.

With Islamic State militants still operating in large areas of Iraq and with the people still recovering from war, the discussions included “the life of the church in the country” and “the situation of Christians and ethnic and religious minorities with particular reference to the importance of their presence and the need to protect their rights,” the Vatican said in a statement.

“Emphasis was placed on the role of interreligious dialogue and the responsibility of religious communities in promoting tolerance and peace,” the statement said. “In this context, mention was made of the importance of the reconciliation process between the various social sectors within the country, and the national humanitarian and regional situations.”

PREVIOUS: Giving to the poor is part of Year of Mercy, pope says

NEXT: House of Grace helps Arab ex-prisoners transition to life in Israel