‘The Perfect Match’? It’s more like a fine mess 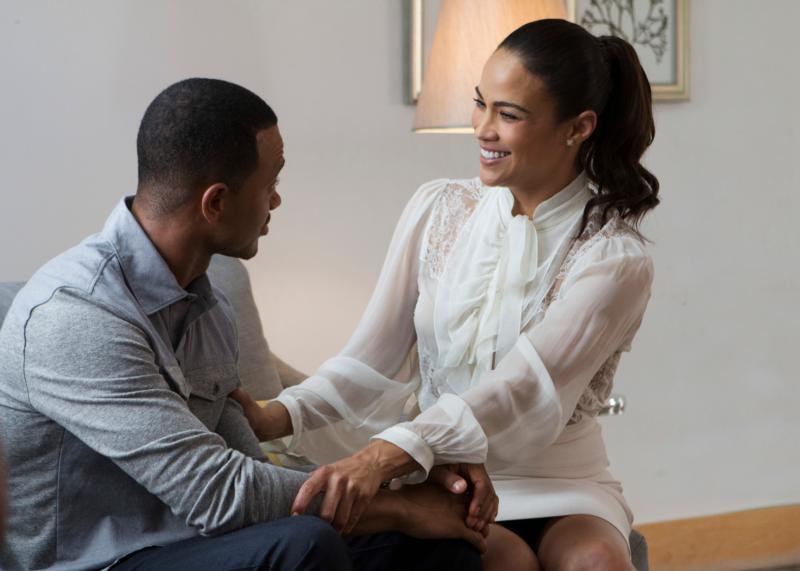 NEW YORK (CNS) — In terms of morality and its portrayal of relationships, a better title for “The Perfect Match” (Lionsgate) would be “A Fine Mess.”

This so-called romantic comedy, directed by Bille Woodruff (“Beauty Shop”), teeters on the pornographic as it follows the adventures of a cheery lothario named Charlie (Terrence J.).

A successful talent agent and photographer in Southern California, Charlie is a confirmed bachelor interested only in one-night stands with gorgeous women. He’s remarkably successful on that front, and seemingly happy in his shallow approach to life.

“I know how I am with women,” he confesses. “As soon as I have sex with them, all of my interest magically disappears.”

Needless to say, such a mentality — which involves reducing women to nothing more than a means to cheap gratification — is completely at odds with the scriptural understanding of sexuality.

Marriage is the furthest thing from Charlie’s mind, especially as he watches the antics of his committed friends.

Newlyweds Pressie (Dascha Polanco) and Rick (Donald Faison) are trying to conceive a child, putting a strain on their shaky union. Victor (Robert Christopher Riley), engaged to Ginger (Lauren London), is alarmed at his fiancee’s plans for a very costly reception.

As for Charlie’s therapist sister, Sherry (Paula Patton), she’s convinced her brother’s fear of commitment is related to the death of their parents when he was a young boy.

Anyhow, Charlie predictably falls for the mysterious Eva (Cassie Ventura), and begins to think more about this crazy little thing called love. Could Eva be the one to make Charlie grow up and settle down at last?

“A Perfect Match” contains a few surprises along the way. But none of these really elevates the ethical tone.

Curiously, given his lifestyle, Charlie has an elaborate tattoo covering his shoulder and arm that reads “Proverbs 3:5-6.” The verses in question hardly square with his flouting of biblical norms or with his habit of treating members of the opposite sex as disposable objects. “Trust in the Lord with all your heart,” the passage instructs, “on your own intelligence do not rely; in all your ways be mindful of him, and he will make straight your paths.”

PREVIOUS: Christ’s passion to be retold in live musical broadcast from New Orleans

NEXT: ‘Miracles From Heaven’ dispel a dark night of doubt