Even the title of ‘Whiskey Tango Foxtrot’ tells you vulgarity awaits 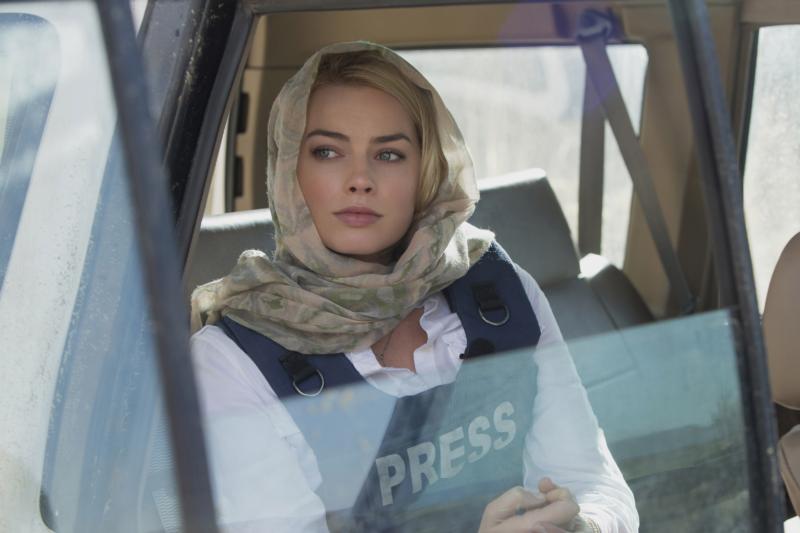 NEW YORK (CNS) — When a movie’s title is military code for an obscene phrase, potential viewers are likely to wonder what awaits them behind such thinly veiled vulgarity.

In the case of “Whiskey Tango Foxtrot” (Paramount), the answer is a fact-based blend of comedy and drama pervaded by a low moral tone.

Set in the early 2000s, the film tells the story of Kim Baker (Tina Fey), a deskbound reporter who impulsively transformed her life by becoming a war correspondent in Afghanistan. Her new surroundings in Kabul are wildly chaotic, both on the level of physical danger and, perhaps less predictably, on the plane of ethical decision-making as well.

Audiences are clearly supposed to be impressed by Kim’s bold — somehow feminist — revolt against routine. They’re also meant to see how her life is energized by her exposure to mortal risk.

If living on the edge invigorates Kim herself, it does little to add interest to her experiences. Professionally, she’s disappointed to find the Iraq War gobbling up all the headlines back home. Personally, she gradually befriends her guide and translator, Fahim (Christopher Abbott), as well as fellow — or is it rival? — reporter Tanya (Margot Robbie), one of her few female peers.

It’s typical of the film’s gutter-level outlook (and vocabulary) that Tanya asks Kim, during the pair’s very first conversation, whether it’s all right for her to, um, foxtrot with some of the men in Kim’s security detail. To Tanya’s immense relief, Kim has no problem with that. What a pal!

Kim, as we’ve been shown, has left behind a boyfriend. Despite his lackluster personality, she’s determined to stay true to him. But plot developments open the path to a largely commitment-free romance with dashing Iain (Martin Freeman), a photojournalist notorious for his womanizing.

In adapting real-life reporter Kim Barker’s 2011 memoir “The Taliban Shuffle: Strange Days in Afghanistan and Pakistan,” co-directors Glenn Ficarra and John Requa showcase the oppressive restrictions placed on women in some Muslim cultures. They also highlight the hypocrisy of some of the public officials — personified here by Alfred Molina playing the Afghan attorney general — charged with enforcing such mores.

Yet their film takes for granted the kind of off-kilter ethics that currently prevail in the West — exaggerated, in this context, by the decadence-breeding perils of a combat zone. Thus Robert Carlock’s screenplay gives an amused pass to cocaine-sniffing, drunkenness, alcohol-fueled promiscuity and even sex with animals.

There remain at least a few taboos, however, that even a jackass would not wish to see toppled.