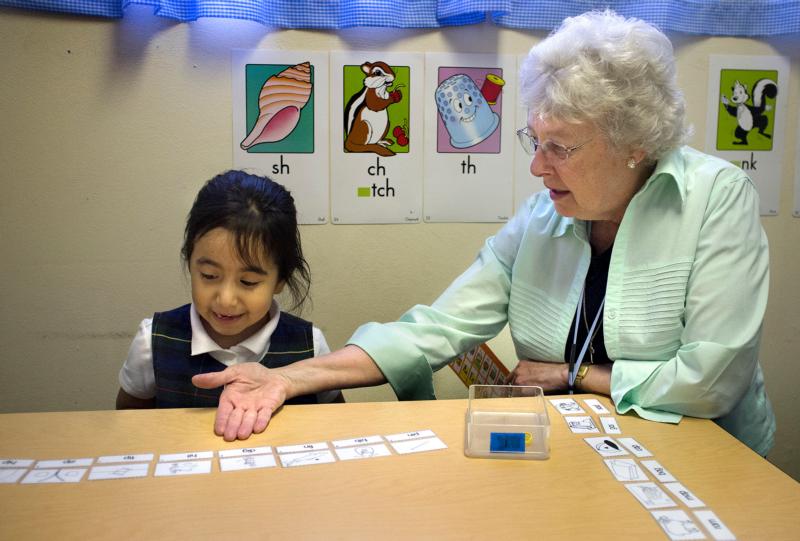 WASHINGTON (CNS) — Catholic schools in the United States are falling short in serving the growing number of Latino Catholics, according to a new report released March 7.

The Boston College report, “Catholic Schools in an Increasingly Hispanic Church,” looks at the disparity between the number of school-age children who are Hispanic — 12.4 million — and the number of these students enrolled in Catholic schools — 296,203 or 2.3 percent. Of the total 12.4 million Hispanic students, about 8 million are Catholic.

“The numbers are without a doubt sobering,” the report says, pointing out that even with stronger efforts by Catholic leaders and school communities to recruit Hispanic students, “the total enrollment of Hispanic children in Catholic schools remains almost stagnant.”

The report also notes that the growing number of Latino Catholic school-age children in the U.S., especially in the past two decades, has “coincided with considerable challenges to the Catholic school educational system and a decline in its resources.” It points out that 50 years ago, there were more than 13,000 Catholic elementary schools, compared to 6,568 in 2015.

The 56-page report conducted by researchers from Boston College’s Roche Center for Catholic Education and its School of Theology and Ministry, unpacks findings from the college’s 2014 study, “National Study of Catholic Parishes with Hispanic Ministry,” conducted with the Center for Applied Research in the Apostolate at Georgetown University. It also includes survey results from principals at 656 Catholic schools out of the 1,488 identified as serving Hispanic families in the United States.

The survey findings indicate a fair amount of work needs to be done, but also that “there is no magic bullet.” The report emphasizes the need for a “renewed approach” that will “engage as many voices and perspectives as possible” when looking at finances, personnel, curriculum, enrollment, facilities or governance of Catholic schools.

— Only 17 percent of the schools have recruitment strategies to hire bilingual teachers.

— About 200 schools did not have any Hispanic board members and the 68 percent that did had only two Latinos or fewer as school board members.

The disparities amount to missed opportunities in mission and ministry for Catholic schools and the church, according to the researchers.

“The response to the growing Hispanic presence in the church in the United States, particularly Hispanic children and youth,” the report says, “must be the result of a concerted, collaborative effort among all its units — no exception. If we fail to do this, the entire church body suffers.”

The report credits many schools for increased efforts to be welcoming to Hispanic students and families, but it also notes that “unknowingly, some Catholic schools exhibit what has been described as a ‘chilly climate’ when hosting Hispanic families.”

In part, this could be from not fully embracing Latino culture because the schools surveyed revealed that 21 percent used Spanish and English for prominent signs and about 35 percent had students say school prayers in Spanish and English.

A majority of the responding schools reported providing need-based financial aid to approximately half of their Hispanic students. For one in five of these students, that assistance covers at least 50 percent of their tuition.

But the study also showed that a lack of family finances or school revenues “has not deterred healthy Hispanic enrollments in many schools. Rather, low Hispanic enrollment might be more related to school cultures attached to embedded practices of exclusivity, coupled with the absence of strong stewardship practices.”

The report used the word Hispanic throughout, pointing out in the notes that it is a “stylistic preference, keeping with official use by government agencies, church documents and traditional pastoral practice.”

In September, the Boston College researchers will hold the first National Summit on Catholic Schools and Hispanic Families to examine challenges raised by the research and develop strategies for Catholic schools to engage a demographic seen as critical to the church.

NEXT: Nancy Reagan recalled as ‘kind, gracious’ during 1987 papal encounter