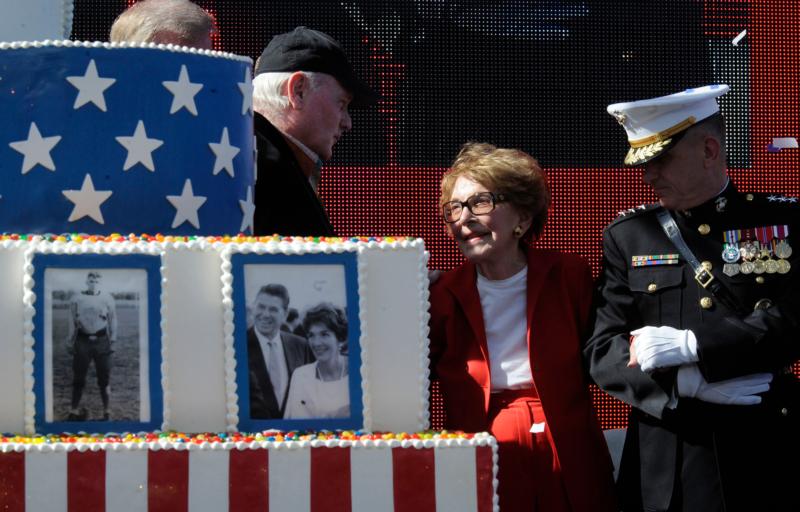 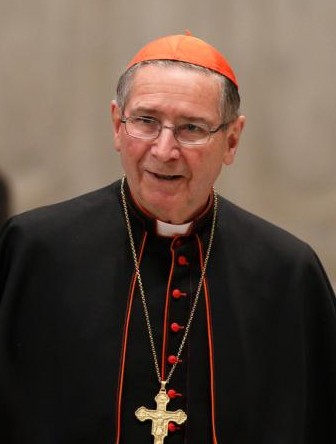 Reagan sat next to the pope Sept. 16, 1987, as they met with 21 elementary school students from Immaculate Conception School in downtown Los Angeles, next to what was then the archdiocesan chancery office.

“We were very privileged to have the pope in Los Angeles for 48 hours,” Cardinal Roger Mahony, retired archbishop of Los Angeles, told Catholic News Service. “And we were blessed to have Mrs. Reagan, representing her husband (President Ronald Reagan), for the visit at Immaculate Conception.”

During the mid-afternoon visit with selected sixth, seventh and eighth graders, then-Archbishop Mahony, first-year principal Mary Ann Murphy and various archdiocesan, papal and media representatives stood alongside the classroom walls as Pope John Paul was introduced by the first lady as someone who had “great and serious things on his mind.”

After the pope talked about the value of Catholic schools and urged students to cooperate with their teachers, he invited Reagan to say a few words. Noted for her “Just Say No” campaign against drugs, she encouraged them to avoid all types of drugs and narcotics.

“She used words and terms very understandable to the children,” Cardinal Mahony said.

She and Archbishop Mahony (he became a cardinal in 1991) then helped alleviate a confusing moment when Pope John Paul said to the students: “Do any of you have any demands that you would like to ask?”

“There was an awkward silence from the children, since they did not understand what he meant,” Cardinal Mahony recalled. “At that point, Mrs. Reagan chimed in and said that these young children were too nice to make any ‘demands’ of the pope!”

The archbishop remembered that the Italian word for question is “domanda,” which Pope John Paul (“whose English was quite good”) equated with “demands,” so he told the children, “The pope is asking if you have any questions.”

Indeed they did, said Cardinal Mahony, “and their shyness disappeared.”

Once the 40-minute visit had ended, the pope and Reagan moved outside to greet and bid farewell to the entire student body. Lorena Vega, a 14-year-old eighth-grader, burst into tears, and when the pope came over and hugged her, she embraced him tightly for 15 seconds, as reported by The Associated Press.

Reagan was clearly as touched as anyone else by Lorena’s hug, based on photographs of the event. Like her husband, she had “a great affinity” for the Catholic Church, Reagan had said in a press statement several weeks ago announcing the March 10 opening of “Vatican Splendors,” an exhibition of church art and treasures at the Ronald Reagan Presidential Library and Museum in Simi Valley.

The former president, who died in 2004, is buried at the library; Nancy Reagan was to be buried beside him after a private funeral March 11. Her body lay in repose at the library for public visitation March 9 and 10.

The first lady also was an up-close witness to what she called President Reagan’s “unique and very special friendship” with Pope John Paul, with whom he worked behind the scenes to free the people of East Europe from communist rule.

“Mrs. Reagan was a kind and gracious lady,” Cardinal Mahony told CNS. “And it was a privilege and pleasure to have her join us at Immaculate Conception that day.”

NEXT: Panel: In public discourse, state your case, don’t demonize ‘the other’