Panel: In public discourse, state your case, don’t demonize ‘the other’ 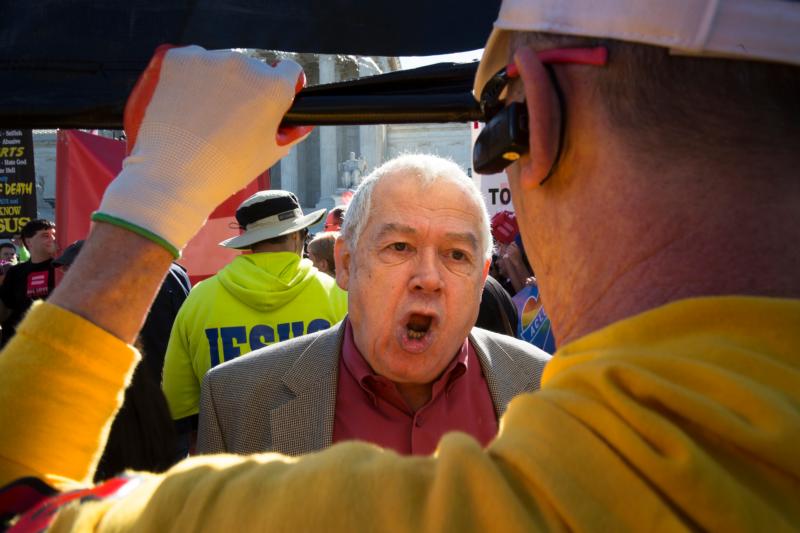 NEW YORK (CNS) — By using robust, substantive, evocative, religious language, Catholics can contribute significantly to public discourse without demonizing people who have a competing viewpoint, according to speakers at a discussion March 7 in New York.

Panelists at a forum sponsored by Commonweal magazine addressed “Prophecy Without Contempt: A Conversation About Religious Discourse in the Public Square.”

Cathleen Kaveny said public discussion of contentious topics such as abortion and torture often pits deliberative, fact-based arguments against those that condemn and call for repentance and reform. Kaveny is a professor of law and theology at Jesuit-run Boston College and the author of “Prophecy Without Contempt.”

She said prophetic indictment is a form of discourse used by Old Testament prophets Jeremiah and Isaiah. It is characterized by a recognized leader identifying and condemning fundamental moral failings shared by the group and the leader.

Pope Francis practices prophetic indictment effectively and “stands with the community as part of the community whose sins he condemns,” she said.

Bishop Robert W. McElroy of San Diego said leaders are challenged to practice prophetic indictment in a way that diffuses the anger in society and does not injure listeners. “We always need to speak about the failings of the community as if we are a part of it. We can’t speak as if the other has failed. The stance of the speaker is as one of them.”

Prophetic language is a moral chemotherapy, Kaveny said. The body politic is threatened by a moral cancer. The chemotherapy, she said, is a double-edged sword: It’s poisonous if used inappropriately, but potentially effective if targeted to the most serious cancers.

Most problems are addressed deliberatively, Kaveny said. Prophetic language is used to make a fundamental moral claim, but cannot be used to cover weak arguments or displace the hard work required to address deliberative problems, she said. Prophetic rhetoric can pull people back to their deeper common foundations.

“Prophetic discourse is profoundly civil, but it’s not nice! It’s a blistering condemnation of fundamental wrongs,” she said. “It’s appropriate for fundamental matters of the community that you can expect everybody to agree on, but it’s not something that will convince people on differential policy analysis.”

Kaveny said the Rev. Martin Luther King Jr. used it effectively because he spoke from a position of authority and as a member of the community he addressed.

In the current political debate, the common foundational themes might be the Constitution and the notion of America as a winner, Peter Steinfels said. The themes are thin bases for a common starting point, though. He is the former editor of Commonweal magazine and the co-founder of the Fordham Center on Religion and Culture.

There are ways to achieve common ground, according to Bishop McElroy. He said the Catholic bishops, through the U.S. Conference of Catholic Bishops, are studying how to bridge divides among Catholics who discuss the same issues with different argumentation, framework and presentation.

“Our primary social teachings at issue in the political world are bifurcated by the party structure, which makes it very difficult for voters,” he said. Ultimately, about 80 percent of the time, common ground can be found through the framing of the discussion, “although that doesn’t solve the party structure,” the bishop said.

Kaveny said people who take Catholic teaching seriously can disagree in good faith. Nonetheless, it is important not to demonize someone who looks at a whole range of issues and makes a different judgment about which course will best serve the common good.

Steinfels said different types of discourse can be integrated to construct public conversation in the same place. As an example, he said Commonweal magazine covered the Vietnam War objectively as a news story, but wrote an editorial to condemn it as unjust and sinful, while also running vivid anti-war essays from Daniel Berrigan.

Both prophetic and deliberative elements are needed today, he said. “We need the unyielding dramatic language of human rights and the deliberate language of cost-benefit analysis. … The more dramatic, fiery, fierce version of prophetic language is the exceptional case, not your ordinary week-by-week” way, he said.

Bishop McElroy said narrative discourse can be helpful in addressing divisive situations. The personal story of an undocumented immigrant may help others see the world from a different perspective, he said.

One of the most powerful things about Pope Francis is his willingness to talk about his life and trajectory, his personal failures and the things he grapples with, Bishop McElroy said. “That’s powerful stuff. It allows everyone to see themselves as a sinner on a variety of levels and not be singled out for it.”