In Vatican newspaper, theologians reflect on women preaching at Mass 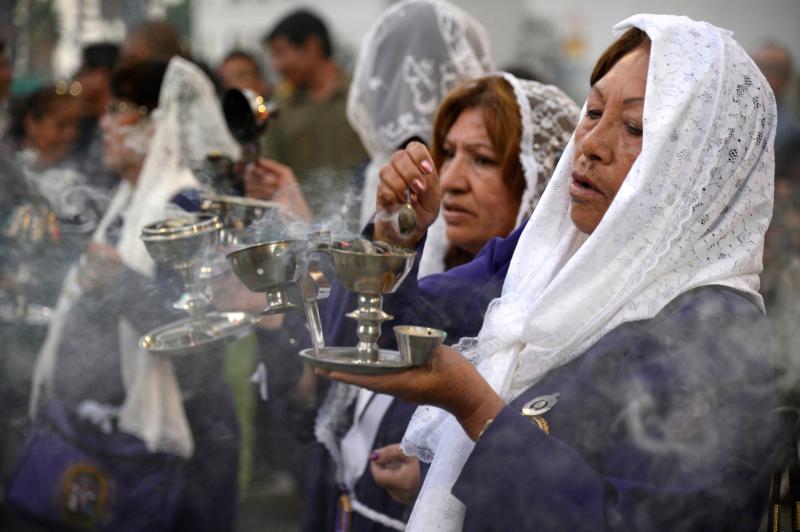 “So why can’t they preach before everyone during a celebration” of Mass? said the commentary — one of a series to appear March 2 in the newspaper’s monthly insert dedicated to women.

Church liturgical norms say that people who are not ordained — including nuns — may not preach the homily at Mass, although they can preach in other situations.

The Catholic Church’s Code of Canon Law teaches that qualified and committed lay Catholic men and women are allowed to preach in particular circumstances and cooperate in exercising the ministry of the word. Preaching during Mass, however, is reserved to those who have received the sacrament of orders, that is, deacons and priests.

Sister Aubin, who is a theologian and professor at Rome’s Pontifical Urbanian University, said people who have experienced the joy and love of Christ are unable to “stop themselves from going out to speak it, to announce it, to proclaim it, because it is him, Christ, who makes all men and women — encountered along his journey — witnesses, messengers and apostles.”

Swedish Dominican Sister Madeleine Fredell wrote in her article that preaching is part of her vocation as a Dominican, and “even though I can (preach) almost anywhere,” she regretted “not being able to give the homily during Mass.”

“I am convinced that listening to the voice of women at the moment of the homily would enrich our Catholic worship,” said the theologian.

Enzo Bianchi, prior of the Bose ecumenical community, wrote in the newspaper’s main section that the issue of allowing laypeople, especially women, to deliver the homily “is sensitive, but I believe it is urgent to address it.”

“It would be important, without changing traditional doctrine, to offer the possibility to laypeople, men and women, to speak in the liturgical assembly with some clear conditions,” he wrote.

Specifically, he said, the lay Catholic must recognize that preaching is a charism and gift meant to be of real service to others and he or she must receive approval, even temporary, from the bishop, he said. Additionally, he said, before the delivery of the homily, at the ambo the priest presiding at Mass could bless the person the bishop has authorized to preach.

NEXT: Mobile app seeks to connect people around the world through prayer