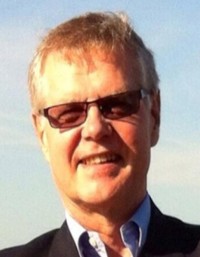 MANILA, Philippines (CNS) — Some Philippine church officials expressed outrage and sadness over the beheading of a Canadian hostage in the restive southern part of the country, where they say lasting peace needs to be addressed.

Abu Sayyaf, a Muslim separatist group, had threatened to behead two Canadians, a Norwegian and a Filipina if their ransom demand of $6.4 million for each hostage was not met by an April 25 deadline. The Philippine military as well as Canadian Prime Minister Justin Trudeau confirmed the decapitation April 25 of John Ridsdel, a former mining consultant from Calgary, Alberta, who had been vacationing on Samal Island in the central south of Mindanao when the four were abducted in September.

“This act is certainly vicious, heartless and should not be condoned at all,” he told Catholic News Service. “In fact, we hope that this kind of terrorism by preying on innocent victims should be stopped as much as possible.”

Abu Sayyaf, notorious kidnap-for-ransom, is based in western Mindanao, where the country’s largest concentration of Muslims has been on a quest for self-determination.

Two years ago the country’s biggest Muslim rebel group, the Moro Islamic Liberation Front, signed a peace pact with the government, but efforts to move the peace process forward have been stalled because lawmakers failed to pass a measure that would create a self-governing region in the Muslim area.

Abu Sayyaf started out in the early ’90s as a violent insurgent group funded by al-Qaida seeking independence. About 10 years ago, terror funding dried up, and it all but dropped its separatist ideology in favor of more lucrative kidnappings.

Archbishop Ledesma said he hoped the majority of Christians and Muslims in that part of the country would not see the beheading as a reflection of sentiments of the Muslim communities there and that they would simply see the Abu Sayyaf as a “fanatical group that needs to be arrested and prevented from committing their terrorist acts.”

He said the beheading was another indication that lasting peace in the South was sorely needed.

Jesuit Father Joel Tabora, president of Ateneo de Davao University, which is near Samal Island, tweeted that the beheading was “depressing news.”

“Let this strengthen our resolve to work out peace in Mindanao,” tweeted Father Tabora.

Mohagher Iqbal, peace negotiator for the Moro Islamic Liberation Front, said the proposal to create the autonomous Bangsamoro region had to pass because, without it, the Front would not be able to keep watch over groups like Abu Sayyaf.

He said: “Now we don’t have that legal authority, so what can we do? All the efforts that we are capable of doing are very limited.”

Analysts have said that far beyond ideology, money is what drives the renewed kidnap-for-ransom activity in the South. Abu Sayyaf is believed to be holding almost two dozen foreign nationals, and in addition, a number of Filipinos.

In 2014, the group freed two Germans and claimed to have received more than $4 million for their release. The Philippines, which has a no-ransom policy, did not confirm whether any payout was made. Since that time, the military has stepped up efforts against the group.

Security analyst Rommel Banlaoi of the Philippine Institute for Peace, Violence and Terrorism Research Inc., told CNS that earnings from ransoms have helped Abu Sayyaf keep up its strength.

The group “has proven its capability to deliver money to new recruits, and this money is coming largely from kidnap-for-ransom activities,” said Banlaoi.

Analysts have also said Abu Sayyaf can use its earnings to buy hostages from lesser-known kidnappers and turn around and negotiate for far higher ransoms than they paid. The Samal Island kidnapping was a significant distance to the east of where Abu Sayyaf typically operates.

Oblate Father Roberto Layson, who has been involved in several kidnapping negotiations at his Central Mindanao mission, told CNS the beheading was “very, very sad” because he has always viewed foreign nationals as “partners in peace” in the region.

“I feel sad with what happened with our fellow human beings,” said Father Layson. “And it’s just for money.”

NEXT: Mercy: Austrian bishop says ‘no’ to border fence on church property