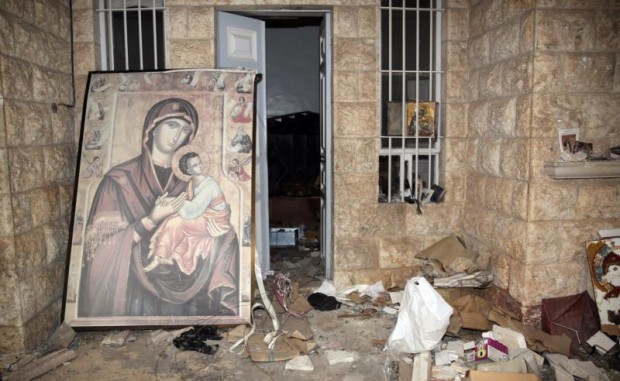 A painting of Mary and the Christ Child is is seen in 2014 at the damaged St. Thecla Orthodox monastery in the predominantly Christian town of Maaloula, Syria. Russia's Catholic Church has launched a joint project with Russian Orthodox leaders to rebuild churches and monasteries destroyed during the war in Syria. (CNS photo/Youssef Badawi, EPA)

WARSAW, Poland (CNS) — Russia’s Catholic Church has launched a joint project with Russian Orthodox leaders to rebuild churches and monasteries destroyed during the war in Syria.

Msgr. Igor Kovalevsky, secretary-general of the Russian bishops’ conference, said the project should be viewed as the “first concrete outcome” of Pope Francis’ February meeting in Cuba with Russian Orthodox Patriarch Kirill.

The official also said the move did not indicate support for the regime of Syrian President Bashar Assad.

“While we’ve been in contact with the Assad government, this isn’t a political matter,” he told Catholic News Service April 27.

Less than a week earlier, the Catholic Church and the Russian Orthodox Moscow Patriarchate representatives announced the project. Msgr. Kovalevsky said the announcement did not include details of money raised or the program’s likely starting date.

“We hope all Russia’s denominations will actively help this work and all Christians participate in raising necessary funds,” Msgr. Kovalevsky said.

“It’s very important the pope’s talks with the patriarch were observed by the whole world, thus focusing attention on the plight of Syria’s Christian communities. But we must occupy ourselves, as religious confessions, in settling this catastrophe with humanitarian aid and avoid being drawn into the politics.” 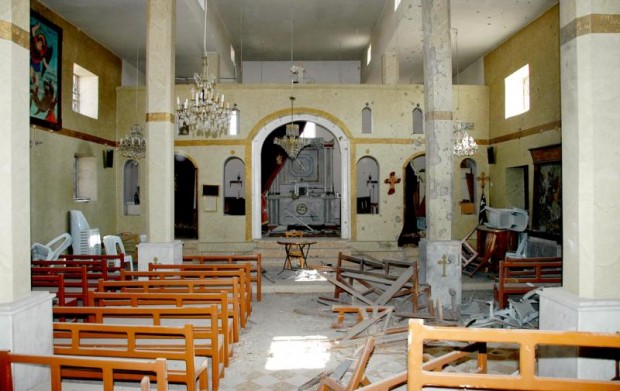 In early April, a Russian ecumenical delegation visited Lebanon and Syria. Peter Humeniuk, Russia director of the international Aid to the Church in Need, said the group had met local Christian leaders and visited a refugee camp in Lebanon’s Bekaa Valley before traveling on to Damascus.

He added that the project would include rebuilding destroyed parish houses, as well as helping children in the embattled city of Homs.

Pope Francis met Patriarch Kirill at the Havana airport Feb. 12 and urged an end to the persecution of Middle East Christians in a 30-point joint declaration.

More than one-quarter million Syrians have been killed and nearly half the population forced from their homes since war erupted in March 2011. At least 5 million Syrians now live outside the country, according to U.N. data.

Pope Francis led prayers April 24 for Catholic and Orthodox clergy kidnapped in the country, where Christians have been targeted for acts of violence by terrorist organizations such as the Islamic State and the Nusra Front.