To ignore the poor is to despise God, pope says 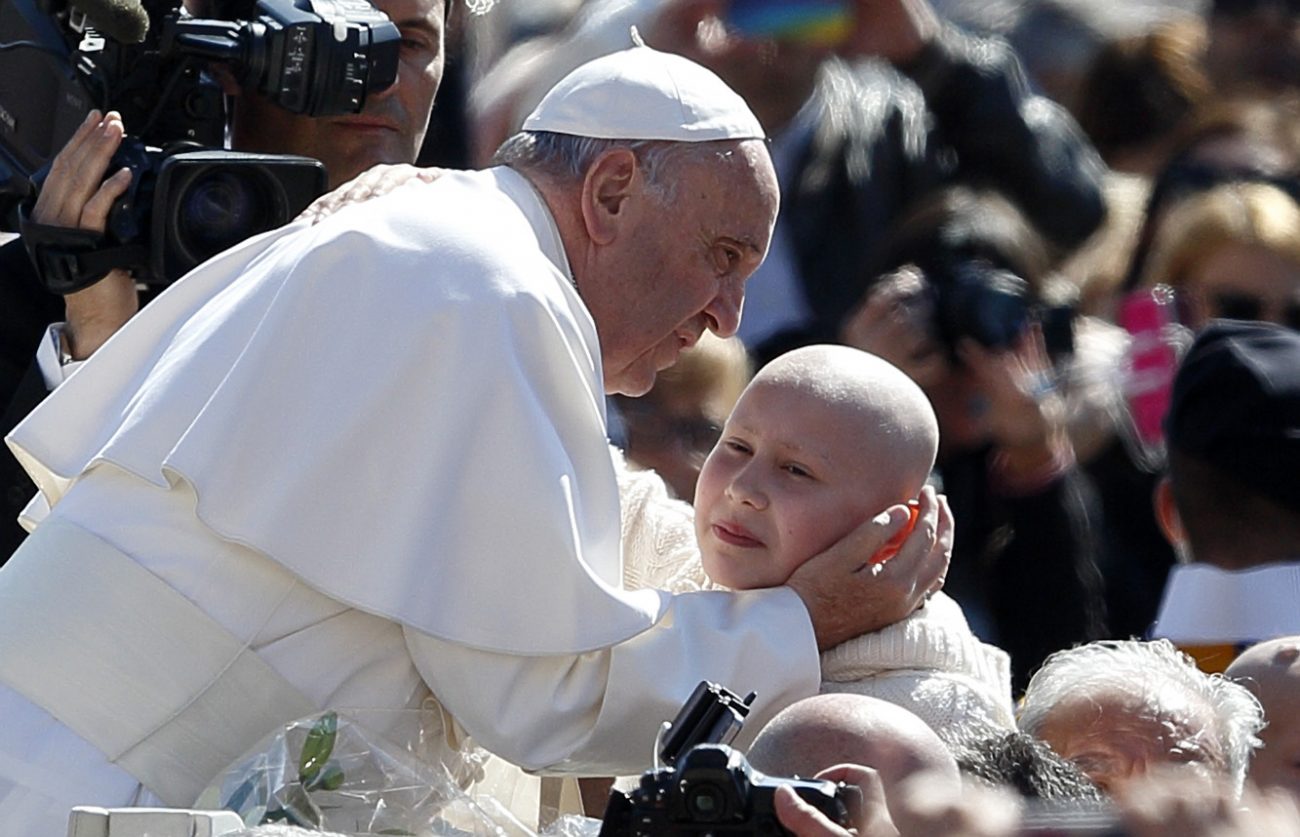 Pope Francis greets a young person during his general audience in St. Peter's Square at the Vatican May 18. (CNS photo/Paul Haring)

VATICAN CITY (CNS) — How Christians treat the poor is the clearest demonstration of their relationship with God, Pope Francis insisted.

The pope focused on the Gospel parable of the rich man and Lazarus and said the story is a reminder of the “harsh reproach” that will come at the final judgment for those who ignore the needs of the poor.

Lazarus represents both “the silent cry of the poor of all time and the contradiction of a world in which vast wealth and resources are in the hands of a few,” the pope said.

By excluding Lazarus, the pope said, the rich man “made himself the center of everything, closed in his world of luxury and waste.”

In the parable, the rich man has no name, he noted, while Lazarus’ name — which means “God helps” — is mentioned five times.

“Lazarus, lying at the door, is a living reminder to the rich man to remember God, but the rich man does not welcome this reminder. Thus, he is condemned not because of his wealth, but for being incapable of feeling compassion for Lazarus and helping him,” the pope said.

Only in death and in suffering the torments of hell does the rich man remember Lazarus’ name, the pope said. And then the rich man asks Lazarus for help while in life he pretended to not see him.

“How many times so many people pretend to not see the poor; for them the poor do not exist!” the pope lamented.

The parable offers a clear warning that the mercy of God “is tied to our mercy toward our neighbors” and if one’s heart is closed, even “God’s mercy cannot find space” to enter, Pope Francis told those gathered in St. Peter’s Square.

“If I don’t throw open the door of my heart to the poor, that door remains closed, even to God, and this is terrible!” the pope said.

The rich man’s request to send Lazarus to warn his family is a reminder that Christians should not wait for a miraculous event to convert, but “to open their hearts to the word of God, which calls us to love God and neighbor.”

“No messenger and no message can substitute the poor we meet along the way because through them we meet Jesus himself. Thus, the mystery of our salvation is hidden in the reversal of fortunes the parable describes, in which Christ links poverty to mercy,” the pope said.

NEXT: Indian couples frustrated as Missionaries of Charity stop adoptions