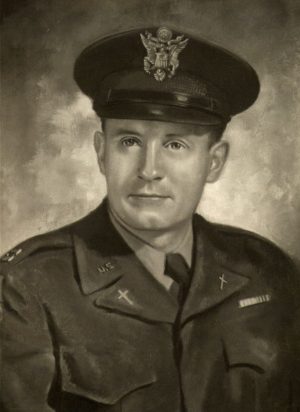 WICHITA, Kan. (CNS) — The sainthood cause of Father Emil Kapaun, a priest of the Wichita Diocese who was a military chaplain during the Korean War an died in a prison camp, is one step closer to consideration by the pope.

Six historical consultants of the Vatican Congregation for Saints’ Causes met in Rome recently and approved the historical documents submitted by the Diocese of Wichita on behalf of Father Kapaun’s cause.

The documents were originally presented to the congregation as part of the “positio,” or position paper, for Father Kapaun and were prepared by the postulator, Andrea Ambrosi, who has visited Wichita several times.

The Vatican’s consultants approved the documentation June 21 after evaluating it for completeness and accuracy.

The “positio” is the official document that will be used to determine if Father Kapaun lived a life of heroic virtue and sanctity. If such a determination is made, the priest will be declared “venerable,” the first of three major steps for sainthood.

The second step is beatification and the third step is canonization. In general, each of these steps requires the church to accept evidence that a miracle has occurred through the intercession of the sainthood candidate.

Last November at the Vatican, Wichita Bishop Carl A. Kemme formally delivered the 1,066-page report on the life and holiness of Father Kapaun to Cardinal Angelo Amato, prefect of the Congregation for Saints’ Causes.

Father Kapaun, ordained for the Wichita diocese in 1940, served in the U.S. Army as a chaplain and died in 1951 in a Korean prisoner of war camp after heroically serving his fellow soldiers. He was awarded the Medal of Honor posthumously April 11, 2013.

If the theological consultants also deliver an affirmative vote, the matter will move to a panel of cardinals and archbishops of the Congregation for Saints’ Causes.

Father John Hotze, a Wichita diocesan priest, and the episcopal delegate of the Office for the Beatification and Canonization of Father Emil Kapaun, said the process may seem unending but that the naming of a saint has never and, hopefully, will never be taken lightly.

“This news cannot be perceived as anything but a great sign,” he told the Catholic Advance, Wichita’s diocesan newspaper. “This is a great step forward and recognition of the work we’ve done and of the life of Father Kapaun, and has happened much more quickly than I had anticipated.”

Father Hotze added that he is hopeful his cause will “proceed with speed” and soon Father Kapaun will be honored as a saint of the Catholic Church.

Riggs is the editor of the Catholic Advance, newspaper of the Diocese of Wichita.

PREVIOUS: U.S. bishops speak out against attack in Turkey