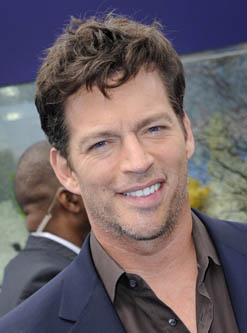 NEW ORLEANS (CNS) — It didn’t start out as a Father’s Day present, but now the tables were turned.

New Orleans-born Harry Connick Jr., 48, took the stage at the Mercedes-Benz Superdome May 21, dressed improbably in an academic robe, a costume he never imagined he would wear considering his college career at Loyola University New Orleans consisted of one semester, reverse engineered, that saw him whittle 18 credit hours down to three before jetting off to New York City to begin his life’s work as, he joked, a college dropout.

Harry’s father — Harry Connick Sr., 90, a former New Orleans district attorney — was seated near the stage, surrounded by his son’s wife Jill and three daughters and hundreds of 20-somethings eager to pick up a piece of paper that had eluded one of America’s pre-eminent entertainers.

When Harry got the phone call from Loyola’s president, Jesuit Father Kevin Wildes, that the university wanted to bestow upon him an honorary doctorate, he was “speechless — as in, without a speech.”

He told Father Wildes he’d have to think it over because the doctorate, obviously, would change his life.

Harry spoke first about himself and his star-studded family. His mother Anita, who died when Harry was 13, was an attorney and a judge. His older sister Suzanna Jamison is a psychiatrist and internist and a lieutenant colonel in the Army.

“It’s crazy,” he said. “My mom was a judge. Imagine my delight when I was old enough to realize that my parents had the ability to both prosecute and imprison me. My teenage years were basically a combination of plea bargaining and community service.

“My parents and sister are highly educated and overachieving public servants. I, on the other hand, spend most of my time singing songs to strangers or putting makeup on and pretending to be other people. By the way, those are attributes of some people that my lawyer parents and my psychiatrist sister would represent.”

As Harry looked out at his father, he turned serious. He recalled coming to New Orleans to shoot a film after Hurricane Katrina and seeing a homeless encampment under Interstate 10 at Canal Street and Claiborne Avenue.

He decided to go to McDonalds early one morning and buy “100 Egg McMuffins and a whole bunch of coffee.”

He drove his car under the bridge and started handing out the food. The homeless persons came up, silently, took the muffins and coffee, and walked away.

“They all just kind of looked at me,” Harry said. “I wasn’t looking for gratitude, but it still surprised me.”

Harry said he had been taught at Jesuit High School in New Orleans never to perform charitable acts in expectation of praise, but the response he received under the bridge bothered him for months. He decided to discuss the situation with his dad.

“He always has a great perspective about things, but as I told him the story, I actually became more interested in trying to impress him with my act of charity than getting his perspective,” Harry said. “I was craving his approval. I couldn’t wait for him to tell me how proud of me he was.”

Then Harry Sr. said something that left his son speechless -– again.

“I know,” Harry Sr. told his son. “The same thing happened to me when I brought them food.”

Harry Sr. said he was thrilled with his son’s storytelling, which had the purpose of telling the graduates to remember they have been given so much and should give back.

“Catholic families are just brought up in a certain way,” Harry Sr. said. “We recognize we have a lot to be grateful for ourselves, and we should share with others who don’t have it. It’s not simple, but it’s that simple.”

In other words, Happy Father’s Day.

PREVIOUS: Abbey’s books a form of evangelization; tomes reveal a legacy of faith