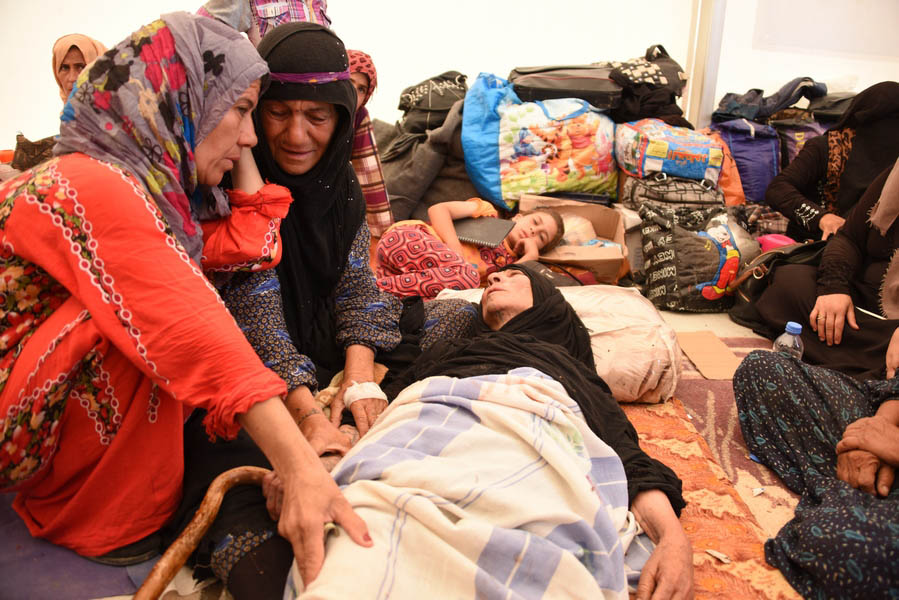 “They have escaped active fighting and at least are in some safety now,” Hani El-Mahdi, Iraq country director of Catholic Relief Services, told Catholic News Service from Iraq. “They are awaiting permission to enter Baghdad, but in the meanwhile the majority are sheltering in decrepit tents with few latrines available.”

“These people desperately need food and water,” Nikki Gamer, a CRS communications officer, told CNS. “There is little infrastructure in place to address the needs of so many people at once.”

El-Mahdi told CNS that an urgent priority is to get more water, portable latrine and other wash facilities in place to meet growing needs of the displaced as numbers increase. He said that an initial 1,000 families have been helped as part of an immediate response undertaken in conjunction with Islamic charities operating in the area.

Karl Schembri of the Norwegian Refugee Council, another organization aiding the displaced, said, “Conditions inside displacement camps keep deteriorating … hundreds remain without any form of shelter or protection from the elements in the scorching heat.” Temperatures in the Fallujah area range from 90 to 105 degrees Fahrenheit in June.

“Pregnant women, children, elderly people and people with disabilities are collapsing of exhaustion with scant medical services and aid available in the camps,” he added.

Schembri recounted the story of Jamila Ahmed Hasan, who fled about 20 miles of Fallujah. The woman is responsible for more than 55 members of her extended family and, due to ongoing conflict in Iraq, has been displaced several times.

He recounted her saying: “With this last displacement, we came here. I’m responsible for all these people in the eyes of God. All of us are under the direct sun here. We have no beds and no water. Where am I going to take all these people to?

“I don’t have any money with me. It has been three years since we are on the run, displaced from one place to another, but here things got much worse. We are completely ruined,” the Iraqi woman said.

NEXT: Cardinal visits Ukraine to show solidarity with those suffering from war