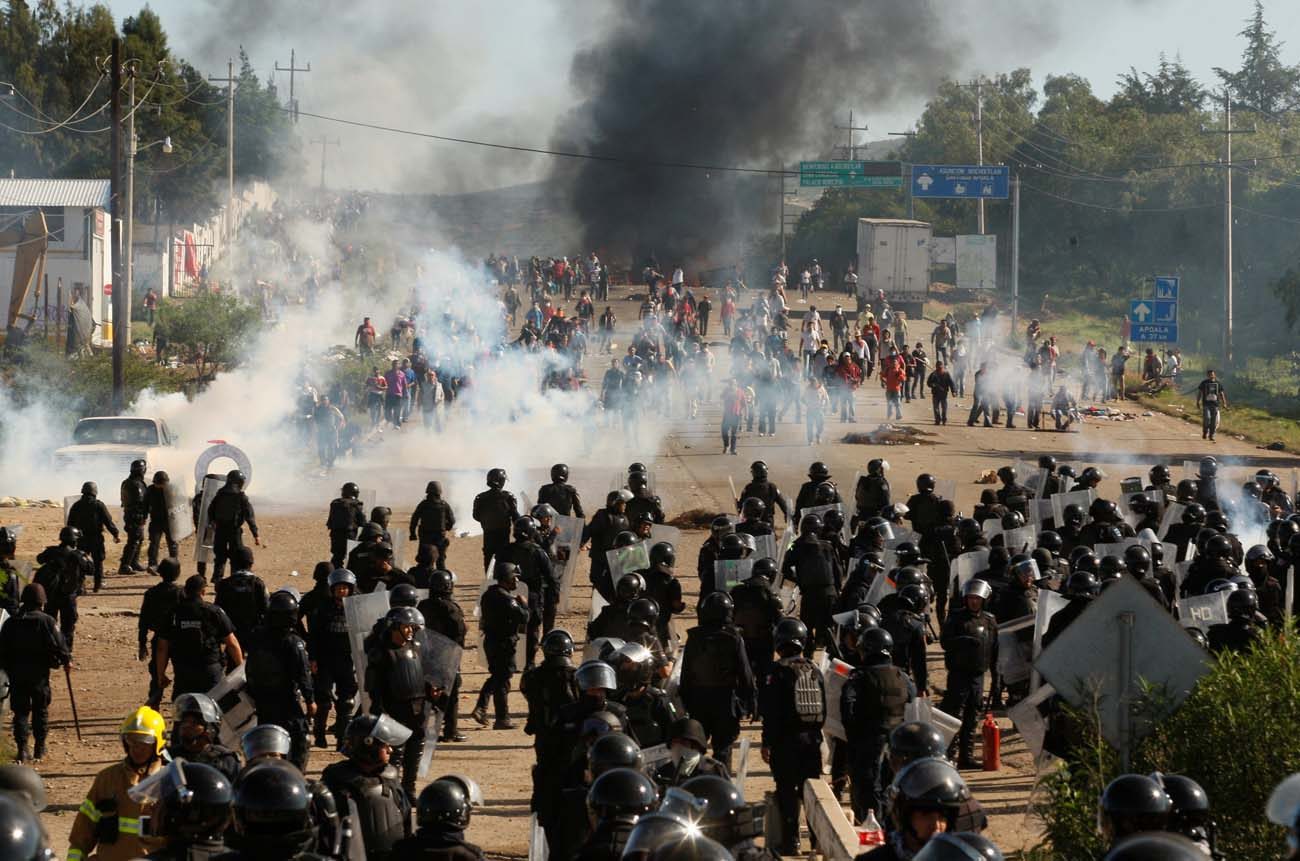 MEXICO CITY (CNS) — Churchmen in the southern Mexican states of Oaxaca and Chiapas have offered to mediate a conflict between the government and protesting teachers and their supporters after an attempt at dislodging a roadblock left eight dead and dozens more injured.

They also warned of simmering social tensions as ordinary residents in an impoverished part of the country — rife with inequality, corruption and political conflicts — show increasing sympathies for protesting teachers attempting to turn back an initiative that the federal government says will overhaul the country’s underperforming school system by subjecting educators to evaluations and weakening union influence.

“Each day that the government does not facilitate dialogue this is going to continue growing and will turn into a catalyst for other expressions of discontent,” said Father Alejandro Solalinde, director of a shelter for Central American migrants in the Isthmus of Tehuantepec region of Oaxaca. He plans to form a group promoting discussions between the government and teachers.

“The problems in Chiapas are serious and complex, and the teachers’ conflict is a raw nerve,” said Archbishop Fabio Martinez Castilla of Tuxtla Gutierrez, adding the church was willing to act as a mediator in a state where priests have intervened in an increasing number of local political disputes.

Local media reported the archbishop called it a “situation of social discontent.”

Protesting teachers and supporters had blocked a highway in the town of Asuncion Nochixtlan in Oaxaca, prompting some 800 federal and state police to move in June 19. Authorities said the police went in unarmed, but press photos showed officers with weapons.

Oaxaca Gov. Gabino Cue said afterward that none of the dead was teachers, while federal officials said 55 police officers were injured. Section 22, the union in Oaxaca, put the death toll at eight and said teachers were among the victims.

The police response provoked sharp criticism in Mexico, even in the circles of society such as the middle class, who send their children to private schools and are often quick to complain of union protests, which often try the public’s patience by blocking roads and public buildings and occupying plazas.

“They spook the middle classes, but (President Enrique) Pena Nieto and company are also despised. And nobody wanted a bloodbath,” said Rodolfo Soriano Nunez, a sociologist who has studied the teachers union. “The teachers have showed muscle, and the whole process is out of the federal government’s control.”

Teachers in Oaxaca and Chiapas have fought against the education reform, arguing the proposed evaluations fail to take into account local conditions such as poverty and classrooms so dilapidated that many schools lack blackboards, roofs and washrooms.

Critics say union leaders in Oaxaca and some states have showed more interest in noneducational matters, gained undue influence over local education secretariats and allowed bureaucracies to become bloated — all without improving education.

“The government sends a lot of money to the states for education, but it’s badly used,” said Claudio Gonzalez Guajardo, president of Mexicanos Primero, an education advocacy group and fierce union critic. “There’s no money for blackboards, no money for bathrooms, but there is this money for the union to finance its activities.”

The clash with protesters came as Pena Nieto, who speaks of reforming education as one of his administration’s key achievements, suffers through unprecedentedly low levels of popularity.

Education Secretary Aurelio Nuno Mayer said June 21 that the government was open to dialogue but that the reform would remain in place and that no one should “politically profit from the situation.”

The union also has historically played the role of political organizer as politicians leveraged the teachers’ influence in rural regions of the country, trading cash and control for support in elections.

“These are vital cogs in the electoral machine out in the boonies,” said Federico Estevez, political science professor at the Autonomous Technological Institute of Mexico.

Estevez sees wishful thinking in the education reform and its attempt at taming the union, saying: “You can’t just get rid of them. They’re there to stay.”

Priests in southeastern Mexico say the teachers have significant support because economic opportunities are scant and teaching is seen a path to social mobility. Many people in poor communities have a relative who became a teacher, too, which engenders social support.

Father Arriaga said he sees a situation in which other social movements seek a solution to issues such as land disputes, problems with mining projects and subpar social services through the teachers’ conflict.

NEXT: Before Brexit vote, liturgy highlights plight of refugees