Bishops call on Filipinos not to bully or harass gay people 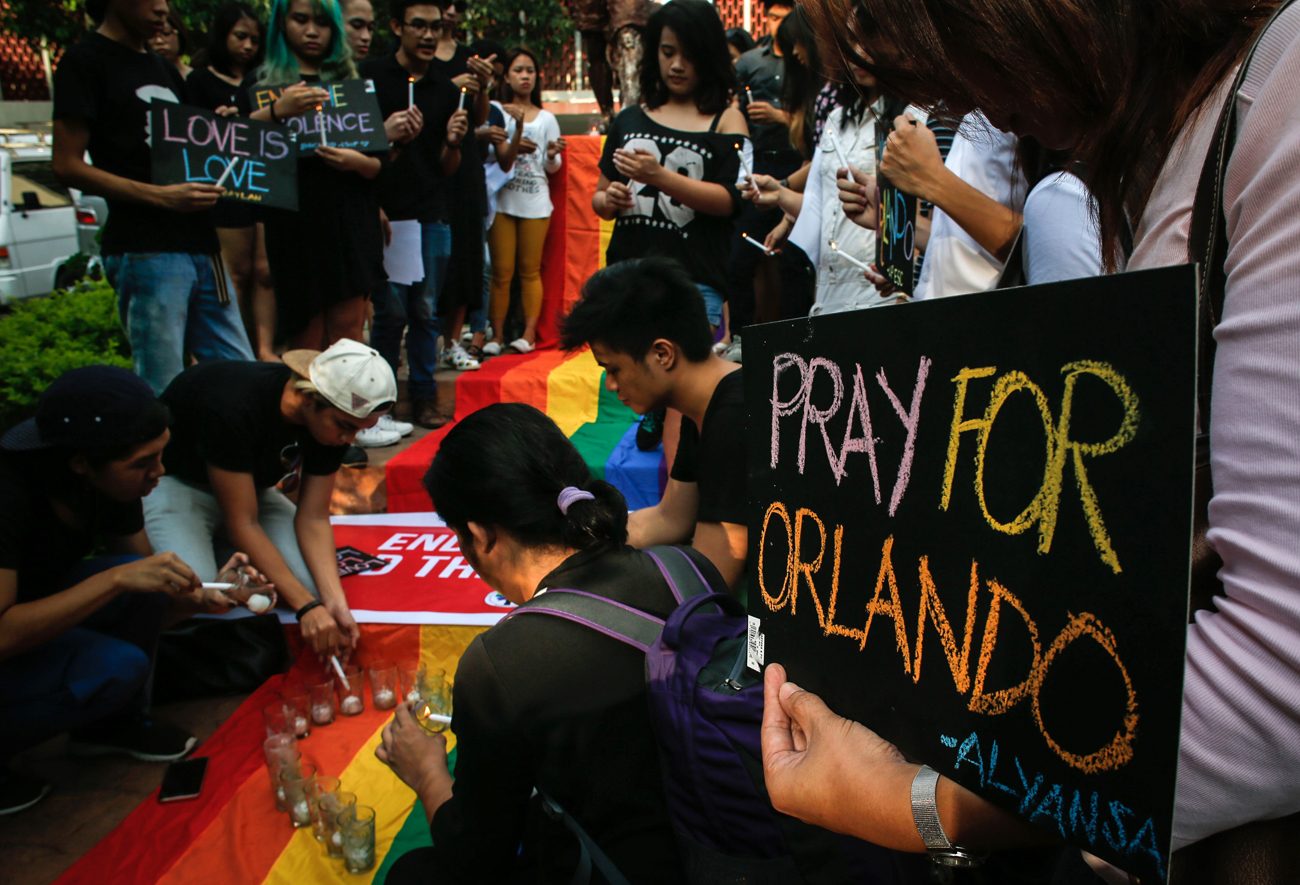 People gather at a June 14 candlelight vigil in Manila, Philippines, in memory of the victims of the mass shooting at a gay nightclub in Orlando, Fla. Philippine Catholic bishops called for vigilance against harassment of gay people in the wake of the incident in which a lone gunman killed 49 people early June 12 at the club. (CNS photo/Mark R. Cristino, EPA)

MANILA, Philippines (CNS) — Philippine Catholic bishops called for vigilance against bullying, ostracism and harassment of gay people in the wake of the mass shooting in Orlando, Florida.

“No matter that we may disapprove of the actions, decisions and choices of others, there is absolutely no reason to reject the person, no justification for cruelty, no reason for making outcasts of them,” the country’s Catholic bishops said in a statement.

The bishops described the incident in which a gunman entered a nightclub, began shooting patrons and held some at gunpoint for several hours as a “hate crime” that was perpetrated against persons for their sexual orientation, ucanews.com reported.

The church leaders said the Philippines must address discrimination, explaining that many Filipinos are forced to the peripheries of the human community because the norms of “decent society” forbid association with people of different sexual preferences.

At least 50 people, including the gunman, were killed, and more than 50 others were injured in the June 12 incident.

“We must continue the dialogue and the conversation with (the gay community) over the things about which we disagree,” read the statement signed by Archbishop Socrates Villegas of Lingayen-Dagupan, president of the bishops’ conference.

They said the shooting “challenges us to ask ourselves how we can all, not Americans alone, become a better people after having recovered from our grief.”

In his statement, Archbishop Villegas said it is regrettable that the tragedy occurred in the midst of the observance of the Catholic Church’s Jubilee Year of Mercy.

“This grim event merely underscores how right Pope Francis was in convoking this year as a year of mercy,” he said.

“The heartlessness with which so many were cut down in their youth or in the prime of life only makes clear how much the world needs mercy,” Archbishop Villegas added.

The Filipino bishops also expressed their condolences to the families of those who lost their lives in the tragedy.