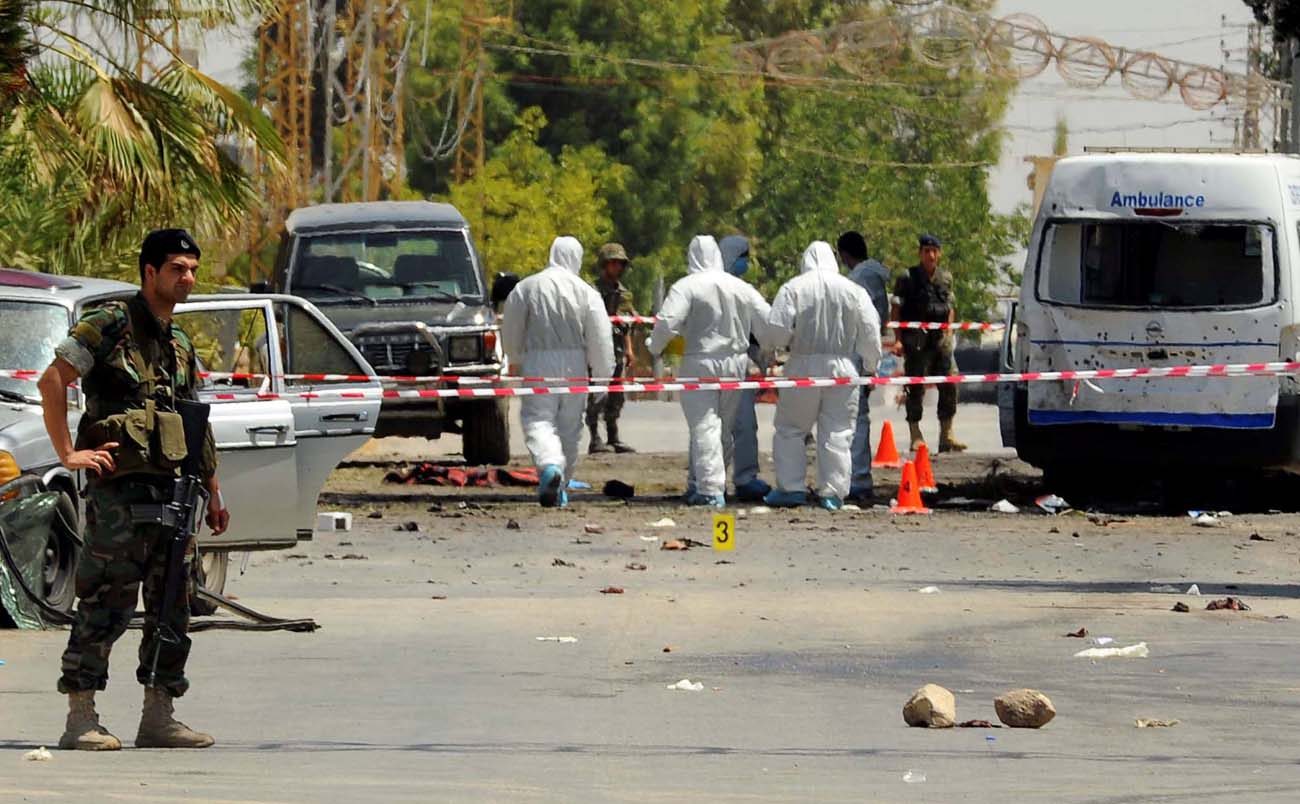 Lebanese army soldiers and forensic experts inspect the site where suicide bomb attacks took place June 27 in the village of Qaa. Four suicide bombers attacked the predominantly Christian village in northeast Lebanon near the border with Syria, killing at least five people in addition to themselves. (CNS photo/Hassan Abdallah, Reuters)

BEIRUT (CNS) — Four suicide bombers attacked a predominantly Christian village in northeast Lebanon near the border with Syria, killing five people in addition to themselves.

Local news reports stated that the Islamic State group was suspected of the attack in the village of Qaa, which was carried out June 27 around 4 a.m. At least 15 people were injured.

“We pray, we pray, we pray for the dead, for the injured,” Melkite Catholic Archbishop Elias Rahal of Baalbek told Catholic News Service by phone from Qaa. “We are here for the families and for their children,” he said, because people “are shaken by these terrorists.”

The sounds of people wailing could be heard in the background as he spoke to CNS.

“Despite all that has happened,” he said, the Christians are holding on to their faith and are determined to maintain their presence in the area. “We are here and we are here to stay.”

Residents of Qaa had organized patrols to guard their village against such attacks and had been successful until the June 27 suicide bombing.