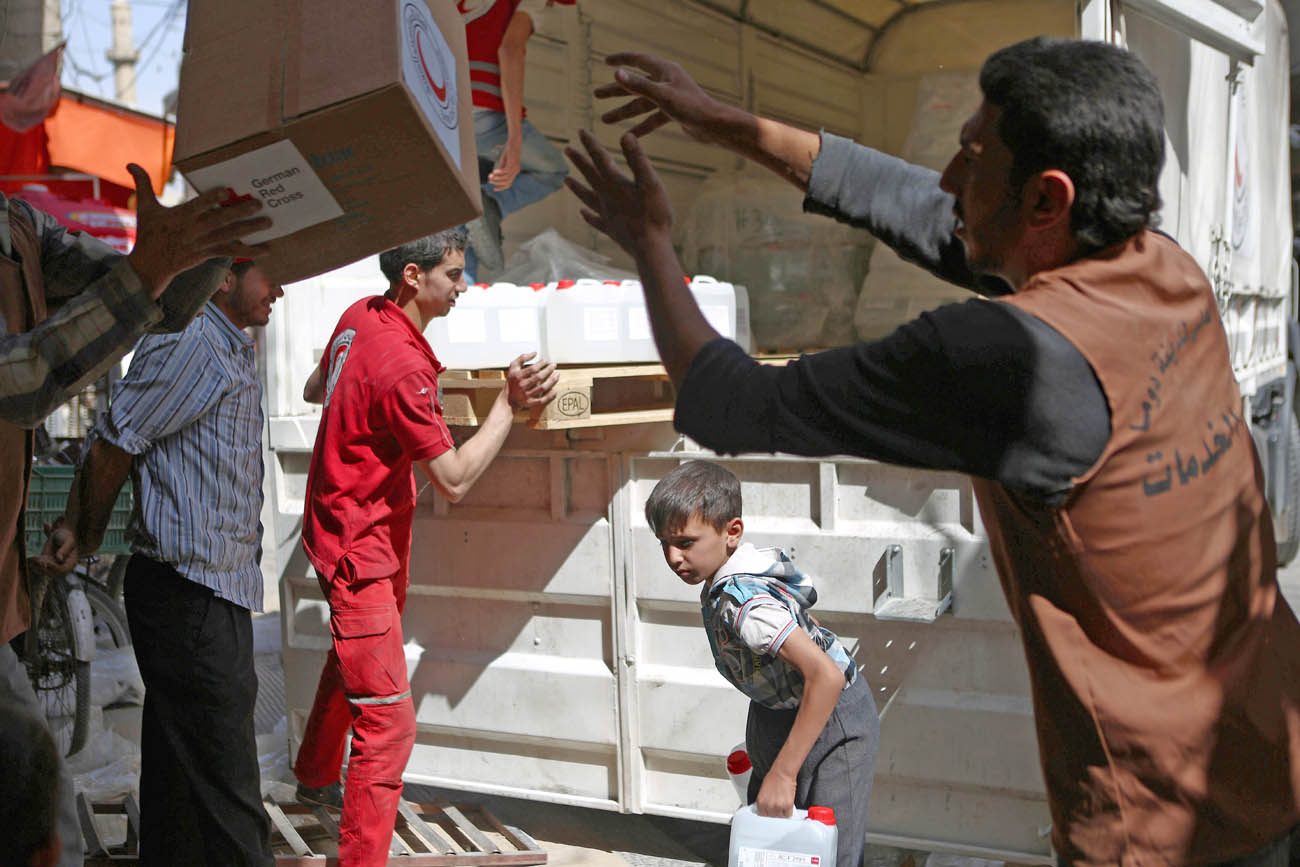 Volunteers unload aid supplies in late May near Damascus, Syria. A group of bishops, religious and church personnel working in Syria met to discuss better ways to confront the immense humanitarian crisis unfolding in their country. (CNS photo/Mohammed Badra, EPA)

VATICAN CITY (CNS) — A group of bishops, religious and church personnel working in Syria met to discuss better ways to confront the immense humanitarian crisis unfolding in their country.

The training session near Beirut was meant to help Catholic charities and dioceses better plan and implement the aid work they are doing “in the context of the crisis of the Middle East,” said the Pontifical Council Cor Unum, which promotes charitable giving, in a written press release June 30.

The council sponsored the June 29-July 2 training session together with Catholic Relief Services, Aid to the Church in Need and Missio.

The workshop was designed for diocesan personnel who are handling the church’s response to the humanitarian crisis with charitable aid and services.

About a dozen bishops, representatives of men’s and women’s religious institutes and church workers from a number of dioceses in Syria were attending, the pontifical council said.

The workshop was designed to address the needs and demands expressed by bishops and charitable organizations who had met in September 2015. It was the third meeting organized by Cor Unum focusing on the humanitarian crisis in Syria, Iraq and neighboring countries.

Training was to include capacity building, project planning and management, accountability and theological formation.

“The crisis in Syria, Iraq and neighboring countries continues to be the center of concern of the Holy See and the international community because of the severity of what has occurred due to the war,” the press release said.

More than 400,000 people have died and 2 million more have been injured since the civil war in Syria began in 2011, it said.

In 2015, the Catholic Church mobilized more than $150 million that helped close to 5 million people, the press release said. The money was used to fund education, food and other aid, healthcare, shelter and rent.

NEXT: Duterte sworn in as Philippine president, vows to listen to the people