Is ‘The Legend of Tarzan’ simple adventure or accidental satire? 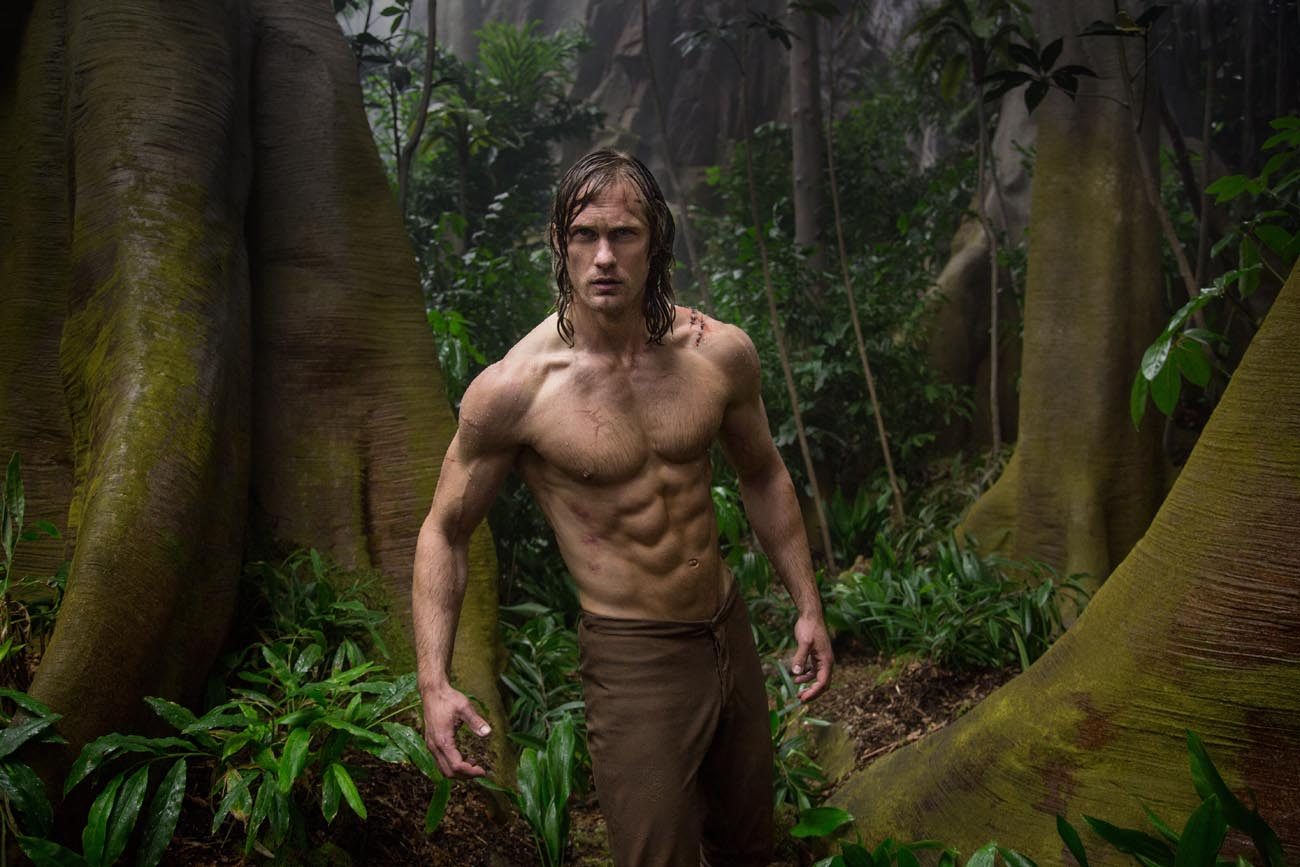 Alexander Skarsgard stars in a scene from the movie "The Legend of Tarzan." (CNS photo/Warner Bros.)

NEW YORK (CNS) — Just beneath the surface of “The Legend of Tarzan” (Warner Bros.), a Gilbert and Sullivan opera is trying to claw its way out.

That’s not to say the latest big-screen take on Edgar Rice Burroughs’ “Lord of the Jungle” creation is remotely clever or lyrical, only that it’s a wee bit silly and unspools just a few Victorian gentleman’s whiskers shy of an overblown parody.

A loud summertime diversion, the movie wants to provide something for everybody — at least those seeking a history lesson, a passionate romance, or a rousing adventure in which the good guys are easy to distinguish from the bad. And yet, despite also offering many stabs at humor, the topsy-turvy, tongue-in-cheek quality reminiscent of Gilbert and Sullivan is mostly inadvertent.

The whiff of satirical intent emanating from “The Legend of Tarzan” derives from how much it strains to frame the material in ways contemporary audiences will connect with and find relevant.

No doubt, the topics of slavery, animal rights, environmental degradation, greed and the military abuses of colonialism are pertinent. But director David Yates and screenwriters Adam Cozad and Craig Brewer handle them in such a clumsily overt manner that it drains both the seriousness and the fun out of the experience. All the work is done for the audience; there are no blanks left to fill or connections to draw.

In sum, the movie is so eager-to-please it emits an air of desperation. During the opening sequence, this sense of panic is discernible in the fearful, discombobulated expressions on the faces of Belgian soldiers as they clash with tribal warriors in the circa-1884 Congo.

After mowing down numerous tribesmen, every soldier is killed. The only survivor is the civilian leading them. He’s Leon Rom (Christoph Waltz), the wicked emissary of Belgium’s King Leopold.

Sent by his bankrupt monarch to organize the systematic exploitation of the Congo’s people and natural resources, Rom’s long-range plan entails mass enslavement and the deployment of vicious mercenaries. His immediate task is to save his own skin by striking a deal with the fierce Chief Mbonga (Djimon Hounsou), who demands a certain personage be brought to him in exchange for Rom’s initial quarry, a fortune in diamonds.

Cut to 10 Downing Street, London, where John Clayton, the Earl of Greystoke (Alexander Skarsgaard), is being urged to accept King Leopold’s invitation to travel to the Congo on behalf of Great Britain. As we learn in a series of gauzy flashbacks, that’s where he became an orphan and, after being reared by gorillas, gained fame as Tarzan. It’s also where he ran afoul of Chief Mbonga.

Now, eight years after arriving in England with his wife, Jane (Margot Robbie) — also raised in the Congo, albeit in more conventional fashion as the daughter of an American teacher in a Congolese village — Lord Greystoke wants to lead the quiet life of an aristocrat. Still, the lure of Africa is impossible to resist.

Unaware they are being led into a trap, Tarzan and Jane go back to the Congo accompanied by George Washington Williams (Samuel L. Jackson), an American soldier-turned-humanitarian who is conducting his own fact-finding mission.

The irreverent use to which a rosary is put will dismay Catholic viewers. Rather than fiendishly twirl the ends of his mustache, as a stereotypical villain might, Rom fingers the string of prayer beads that are always in his right hand. Far worse, the cruel, power-hungry bureaucrat uses his rosary — made of “Madagascar spider silk” and given to him by a priest when he was a boy — as a lethal weapon.

Skarsgaard acquits himself well enough considering he isn’t required to speak very many lines, let alone deliver any dramatic speeches. His purpose is to appear chiseled, scarred and brooding, alternately the sensitive lover in a romance novel and an enormously powerful action figure capable of swatting aside soulless outsiders and uniting the human and zoological denizens of the Congo against a common enemy. Robbie is a lovely and capable, if slightly shrill, Jane.

Purportedly modeled on a real yet unidentified historical figure (as is Rom), Jackson’s character Williams serves as comic relief. He also provides an American and African-American perspective on slavery. After fighting in the Civil War, he becomes a mercenary and wants to atone for atrocities he committed against Native Americans and Mexicans during the earlier phase of his life.

Visually, “The Legend of Tarzan” has a stiff, cartoonish quality — call it digital arthritis — and won’t awe a new generation of moviegoers as they behold Tarzan swinging through the jungle on vines. The animal sequences are comparatively realistic however, which is surprising since no live animals appear on camera.

Nevertheless, during the action scenes it’s unlikely viewers will ever forget they’re watching computer-generated effects. And the romantic interludes resemble perfume commercials. The music is overbearing and predictable throughout.

At one comparatively quiet juncture, Rom tells his captive Jane, “People love a good story.” He’s correct, and that’s why the filmmakers should have let the plot and pictures speak for themselves. Their misguided effort to coddle the audience by spelling everything out prevents them from spinning a consistently entertaining yarn.

The film contains frequent nongraphic violence, a scene of mild marital sensuality, irreverent behavior and humor as well as several uses of profanity, crass language and rude banter. The Catholic News Service classification is A-III — adults. The Motion Picture Association of America rating is PG-13 — parents strongly cautioned. Some material may be inappropriate for children under 13.

NEXT: When people leave, animals really have fun