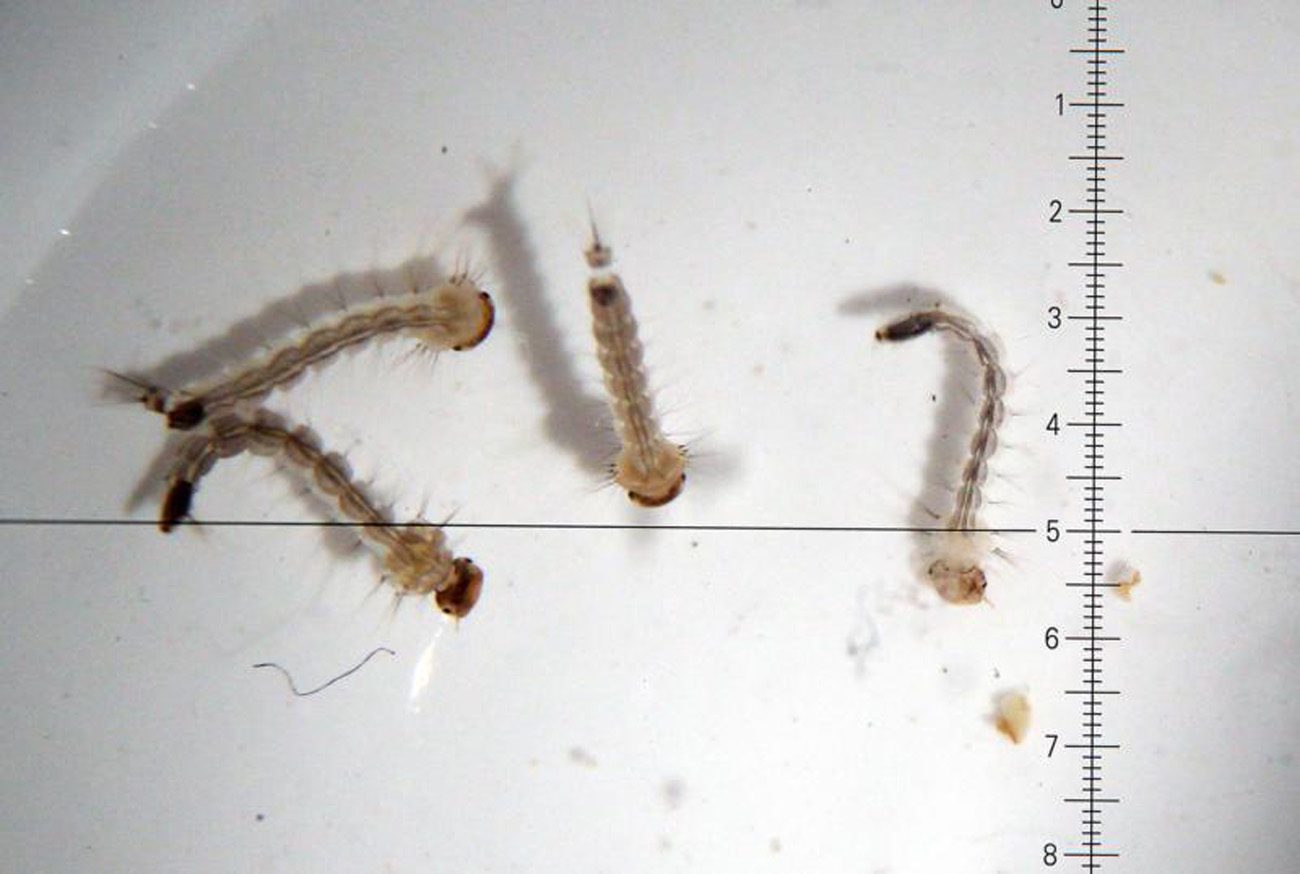 A view through a microscope shows larvae of the Aedes aegypti mosquito, which transmits the virus Zika, at a laboratory at the National Institute of Health in Bogota, Colombia, April 26. In February, the National Catholic Bioethics Center issued a statement saying that concerns about Zika does not justify abortion or allowing artificial birth control even with the suspected connection between Zika causing birth defects in an unborn child. (CNS photo/Leonardo Munoz, EPA)

WEST PALM BEACH, Fla. (CNS) — With a growing number of U.S. travelers returning from abroad with the Zika virus and with several cases of Zika-related microcephaly and birth defects reported in the U.S., the disease has inflamed the abortion debate domestically.

U.S. Sen. Marco Rubio. a Republican from Miami, where the Zika virus has now started spreading in one neighborhood through mosquito transmission, said he does not believe the Zika virus should be a pretext for an infected pregnant woman to get an abortion.

Rubio met in Miami Aug. 4 with Dr. Tom Frieden, director of the Centers for Disease Control and Prevention, and Florida’s Gov. Rick Scott. The senator also was making a renewed push to call the U.S. Congress back into session to approve funding for combating Zika domestically and to introduce legislation that would provide U.S. troops serving in high-risk areas with additional protections from Zika.

He also reportedly told the news magazine Politico Aug. 8: “Obviously, microcephaly is a terrible prenatal condition that kids are born with. And when they are, it’s a lifetime of difficulties,” he said. “So I get it. I’m not pretending to you that that’s an easy question you asked me. But I’m pro-life. And I’m strongly pro-life. I believe all human life should be protected by our law, irrespective of the circumstances or condition of that life.”

Earlier this year, Rubio co-sponsored President Barack Obama’s Zika-fighting legislation, which failed to pass into law in part because of partisan divisions over the bill’s inclusion of components of birth control services from Planned Parenthood.

In February, the National Catholic Bioethics Center issued a statement that Zika does not justify abortion or artificial birth control even with the suspected connection between the Zika virus and birth defects.

Zika is the most recent and high-profile instance of any number of diseases that might have deleterious effects on the unborn children whose mothers contract it while pregnant, the statement noted.

“In no way, however, would it justify a change in the Catholic Church’s consistent teachings on the sacredness and inviolability of human life and the dignity and beauty of the means of transmitting life through marital relations. Direct abortion and contraceptive acts are intrinsically immoral and contrary to these great goods, and no circumstances can justify either.”

In February, U.N. officials said pregnant women infected with the Zika virus should be allowed easier access to abortion and birth control and criticized countries whose governments urged women told hold off getting pregnant as Zika cases have increased.

In New York, Father Frank Pavone, national director of Priests for Life, issued a statement on the Zika-abortion debate last April following the CDC’s finding that the Zika virus can cause some babies to be born with microcephaly.

“Naturally the Zika virus is a cause for concern, and we call upon governments and medical professionals to continue to develop appropriate treatments and interventions,” Father Pavone said. “But in no way does this justify recourse to abortion. The child in the womb is a patient too, and killing one’s patient is never an appropriate response.”

NEXT: Professor offers steps for ministers to avoid burnout