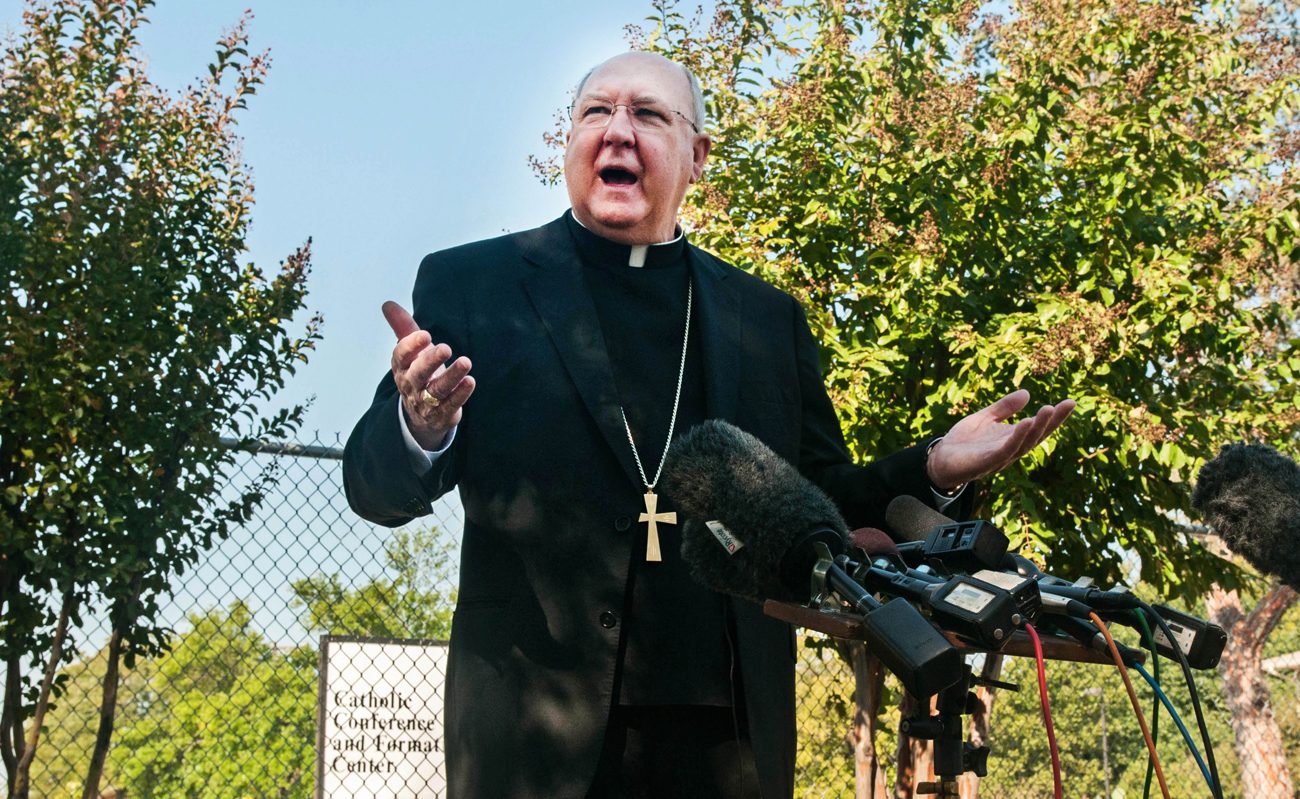 Dallas Bishop Kevin J. Farrell, newly appointed head of the new Dicastery for Laity, Family and Life at the Vatican, is shown in a 2014 file photo. (CNS photo/courtesy The Texas Catholic)

The Dublin-born bishop will celebrate his 69th birthday Sept. 2, the day after the new Vatican office officially begins its work.

The Dallas Bishop Farrell is the brother of Bishop Brian Farrell, secretary of the Pontifical Council for Promoting Christian Unity. Both brothers were ordained to the priesthood for the Legionaries of Christ, but the Dallas bishop was later incardinated in the Archdiocese of Washington and served as an auxiliary bishop there 2002-2007.

When the Dallas bishop arrives in Rome, it will be the first time the two brothers have ever ministered in the same city, the Vatican’s Bishop Farrell told Catholic News Service Aug. 17. The appointment “was a huge surprise to me and a huge surprise, of course, to him. But he has such a long experience of pastoral work and administration as well,” he added.

Pope Francis, in a brief apostolic letter formally establishing the new “Dicastery for Laity, Family and Life,” said the office should respond “to the situations of our age and adapt to the needs of the universal church.”

Pope Francis created the new office by combining the pontifical councils for the laity and for the family. Statutes for the new office, published in June, said it was being established “for the promotion of the life and apostolate of the lay faithful, for the pastoral care of the family and its mission according to God’s plan and for the protection and support of human life.”

Its new head, Bishop Farrell, has been bishop of Dallas since 2007. Before that, he was an auxiliary bishop in the Archdiocese of Washington. He currently serves as treasurer of the U.S. Conference of Catholic Bishops.

“At a time when our Holy Father is calling the attention of the whole church to the role of the laity and the importance of a robust, pastoral activity and support of family and married life through the establishment of this new dicastery to focus and coordinate this work, the leadership that Bishop Farrell brings will be a blessing for all of us,” the cardinal said.

“How appropriate that so soon after the publication of the postsynodal apostolic exhortation, ‘Amoris Laetitia,’ with its widespread and wholehearted reception in the church, we would now have a new Vatican office to further that important ministry. We rejoice to know that this challenge has been entrusted to the very competent Bishop Farrell.”

The Pontifical Council for the Family had been headed by Archbishop Vincenzo Paglia, 71, since 2012. Pope Francis appointed him chancellor of the Pontifical John Paul II Institute for Studies on Marriage and Family and president of the Pontifical Academy for Life.

The Pontifical Council for the Laity had been led since 2003 by Polish Cardinal Stanislaw Rylko, 71. The Vatican did not announce his new assignment.