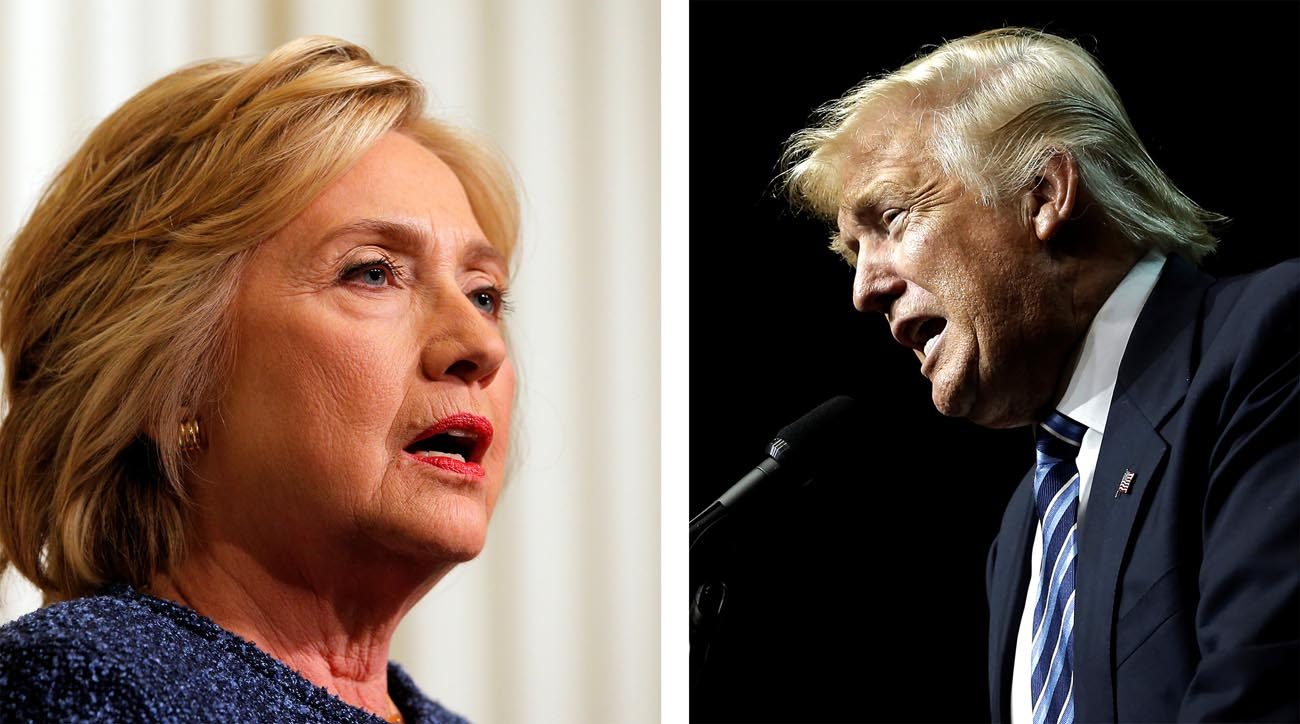 WASHINGTON (CNS) — Campaign 2016 is shaping up to be one where voters are not so much supporting one candidate or another as casting a ballot against a candidate they find intolerable.

Or they may not vote for president at all.

Underlying anger and deep-seated distrust of government — and the major party candidates — are at the root of one of the most tumultuous presidential campaigns in memory.

How well that anger and distrust are addressed in the seven weeks until Election Day will likely determine who occupies the White House come Jan. 20, a panel of political observers said during a Sept. 13 discussion hosted by Georgetown University’s Initiative on Catholic Social Thought and Public Life.

Polling shows that more than half of expected voters say they are voting against Democrat Hilllary Clinton or Republican Donald Trump, Jerry Seib, Washington bureau chief of The Wall Street Journal, told the forum. It’s a phenomenon that Seib said he found unprecedented in his years of covering Washington politics.

“Cynicism is so high. It’s the age we live in,” Seib said.

But Seib found it even more notable that a significant number of voters have said they would vote for neither major party nominee, choosing instead to focus on down-ballot races for Congress, state legislatures and local offices.

In key battleground states, the newspaper’s polls have found that 6 percent to 14 percent of voters said they would vote for neither Clinton nor Trump in head-to-head competition.

Emma Green, senior associate editor at The Atlantic magazine, described the tone among voters as one filled with resignation because they are faced with voting for a candidate low on inspiration and excitement.

From where does such cynicism originate?

Political commentator and participant Mark Shields offered an observation: People, particularly blue-collar workers, feel abandoned by the government because they see that only the desires of the well-heeled are being addressed. He blamed Congress for being ineffective, failing to consider the needs of the working class, middle class and poor.

When millions of people who are still struggling to recover from the Great Recession that began in 2007 see money pouring into political campaigns from corporate entities and elite special interests, they realize that their needs and concerns will largely be ignored, Shields said.

Despite good news from the Census Bureau Sept. 13 that median incomes rose 5.2 percent and poverty fell by 1.2 percent in 2015, people are still struggling to recover economically because the value of their homes has not returned to pre-2007 levels and salaries have failed to keep up with inflation over the last 15 years, Shields added.

“People get bitter,” he said.

Melinda Henneberger, visiting fellow at the Institute for Policy Research & Catholic Studies at The Catholic University of America, suggested the distrust stems from feelings that “the system is rigged,” as Trump and, during the Democratic primary season, Sen. Bernie Sanders, I-Vermont, maintained.

“They feel they have been lied to and want to blow it up,” Henneberger said.

The panelists agreed that Trump and Sanders were able to tap voter anger, cynicism and distrust. Henneberger acknowledged that Trump has made untruthful comments, but that they don’t take his rants literally.

“They like the way it makes them feel when they hear him venting,” she said.

Although Sanders failed to get the Democratic Party’s nomination, he was especially able to tap into the mood of young people and push Clinton to adopt some of the language he used challenging the political status quo, explained Green, who regularly covers millennials, religion and politics.

Green cited the role of social media as important in the election. From being the primary means that young people follow the campaign to being the main forum that extremist groups have promoted bigotry, how messages are shared through social media is expected to play a major part in getting different factions to the polls on Election Day.

Looming among the electorate are religious voters and the panelists said they will be important at the polls, but not solely because of their faith affiliation.

Henneberger, who also is longtime political reporter and editor, said many observers have been surprised how strongly evangelical Christians have lined up behind Trump, who has been accused of bigotry and of carrying out shadowy business deals over the years.

“Evangelical support for Donald Trump doesn’t seem to make a lot of sense, until you start to wonder well, gosh, maybe evangelical voters are getting to be like Catholic voters have been for some time in that they are indistinguishable from other voters they are similar to in other ways,” Henneberger told the audience.

She explained later to Catholic News Service that evangelicals, like Catholics, are more difficult to segregate from other voters when demographics such as economics, education and locale are considered.

“You really can’t look at Trump’s positions and argue that he’s gotten the evangelical vote because of his religious beliefs or even his being concert with them on issues that you think of as faith-based,” Henneberger said.

Despite the upheavals in the campaign, Seib expressed hope that a peaceful transfer of administrations will occur and American democracy will continue uninterrupted.

“I think it’s possible to get too carried away with the pessimism here. In the end there’s a remarkable system in this country, and somehow, through the most remarkably obtuse way, it tends to produce. I think there’s plenty of reason to think it can do that now,” he said.

“So let’s not be woefully discouraged here as I think basically this bizarre system we have tends to right itself and the values tend to persevere somehow,” he continued. “I cannot explain it and I cannot explain how it will be true this year. But I have to believe that it’s true.”

PREVIOUS: Study puts dollar value of organized religion in the U.S. at $1.2 trillion

NEXT: At Blue Mass, archbishop prays trust will grow in divided communities