Bishop, other leaders call for peace, unity after attack in Minnesota 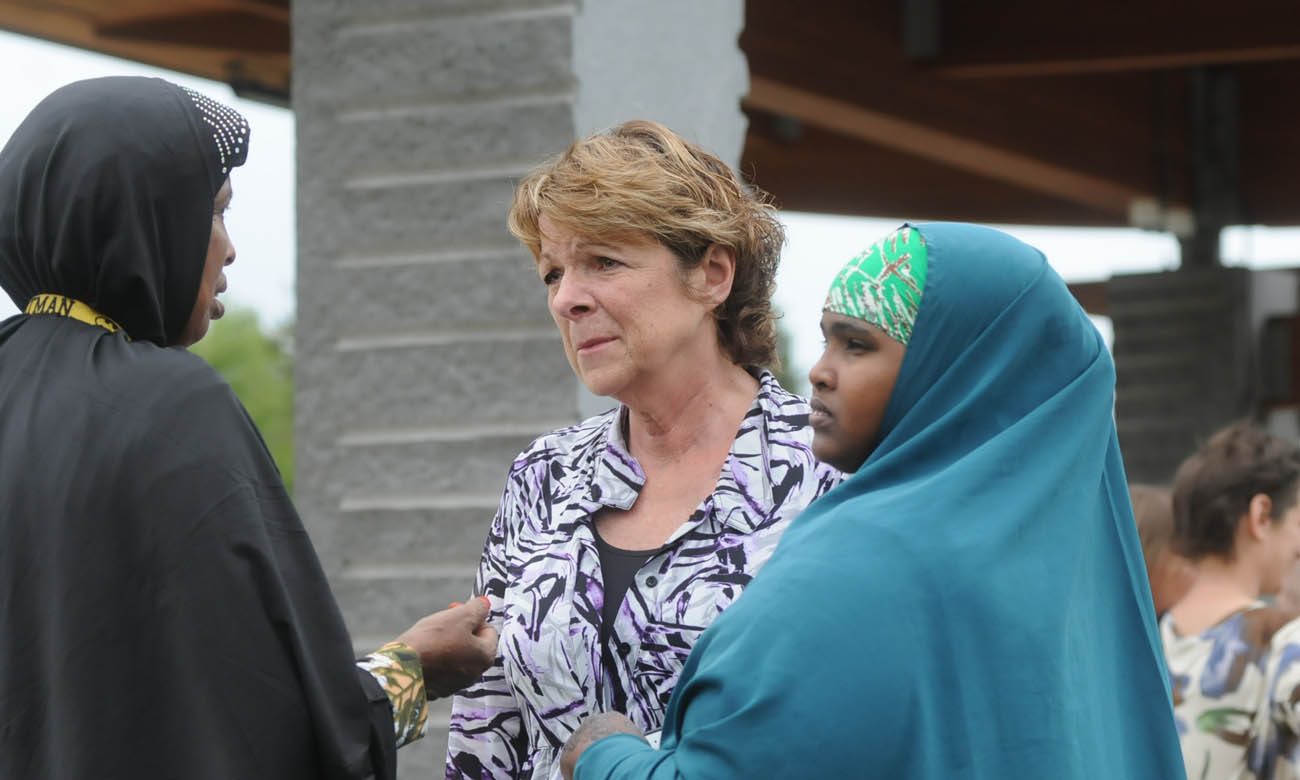 ST. CLOUD, Minn. (CNS) — One day after a knife-wielding man injured nine people at a shopping mall near St. Cloud, Bishop Donald J. Kettler called for prayers for those impacted by the violence.

“Please join me in praying for the victims of last night’s mall attack, for our first responders & for peace and unity in our community,” the St. Cloud bishop said via his Twitter account Sept. 18.

A man was fatally shot by an off-duty officer after stabbing nine people at the Crossroads Center mall in Waite Park Sept. 17. He was later identified as Dahir Adan, 22, who had worked as a security guard for one of the stores in the mall, according to news reports. Adan was a member of the local Somali community.

St. Cloud Police Chief Blair Anderson said the attacker reportedly made references to Allah during the attack, and the FBI was investigating the incident as a possible terrorist act.

During a Sept. 18 news conference in St. Cloud, several local Somali-American leaders denounced the attack, offered condolences to the victims and their families, and called for ongoing efforts on behalf of peace and unity in the community.

“We condemn what happened in the strongest words we can possibly use,” said Abdul Kulane, a graduate of St. John’s University in Collegeville and leader in the Somali community. “We strongly condemn any terroristic action in America or around the world. … We don’t believe in violence.”

Benedictine Sister Michaela Hedican, prioress of St. Benedict’s Monastery in St. Joseph, who attended the news conference, said she felt “profound sadness” when she learned about the Sept. 17 attack at the mall.

“The sisters have been praying and will continue to pray at St. Benedict’s Monastery. We have great hope that somehow we can walk over this bridge together,” said Sister Michaela, a member of the Greater St. Cloud Area Faith Leaders Group, which was formed in 2015 to promote interfaith dialogue and build relationships. Bishop Kettler also is a member.

Local Catholics can help by also turning to prayer “for the wisdom to know what best to say and do and how to offer support,” Sister Michaela said. “And then to reach out, not only to the Somali community, but to support each other and (support) the beliefs we have, including the Gospel mandate of loving our neighbor, no matter who our neighbor is.

“We also need to recognize that none of us want to be judged as to who we are by the action of one person,” she said.

Several speakers at the news conference stressed that Islam does not condone violence and that terrorist groups such as the Islamic State are not representative of Muslims or Somalis.

Jaylani Hussein, executive director of the Minnesota chapter of the Council on American-Islamic Relations, said many local Somalis and Muslims are concerned about potential backlash in the wake of the attack. The incident is a tragedy for everyone, including Muslims, he said, but it also is an opportunity for people to come together and build a stronger community.

“How we come out of this will define who we are as a community,” added Haji Yusuf, community director for UniteCloud, a grass-roots community-building organization.

Kathy Langer, director of social concerns for Catholic Charities of the Diocese of St. Cloud, also is a member of the Greater St. Cloud Area Faith Leaders Group, whose members include Christians and Muslims. It meets monthly and recently held its second annual summer picnic at Lake George, where members of different faiths shared conversations and a potluck meal.

When Langer heard about the mall attack, “my heart broke,” she said.

“I knew there would be a lot of people who were going to be hurt by this, so it was very sad,” said Langer, who attended the news conference. “We’re at a place in St. Cloud where we need to make a choice: Are we going to be a divided and resentful community? Or are we going to come together, trusting in the goodness of each other? I hope we do the latter, and I believe we can.”

How can Catholics help to build a peaceful and unified community?

“I think we have to take responsibility for the fact that many of us don’t understand or don’t know many people in the Somali community,” Langer told The Visitor, newspaper of the St. Cloud Diocese. “We don’t understand their faith well. We don’t understand what they’ve been through. It’s time for us as a community to educate ourselves about who these people are.”