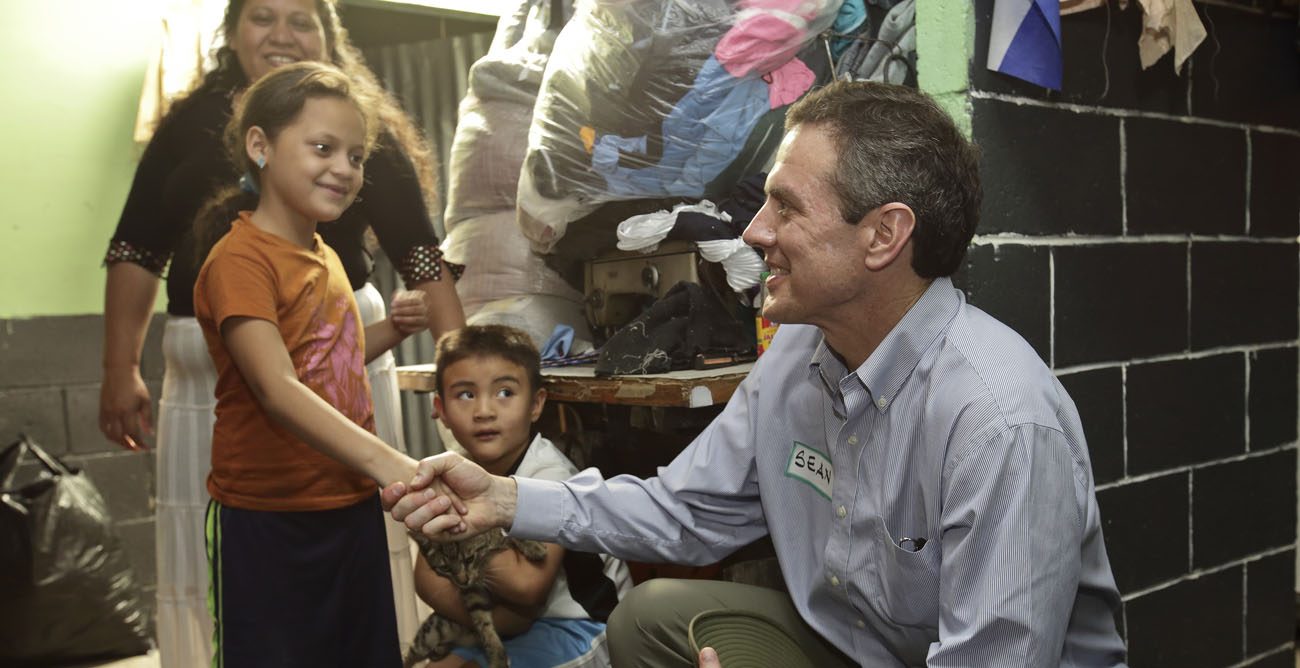 Sean Callahan, the new CEO of Catholic Relief Services, one of the largest humanitarian relief agencies in the world, is seen greeting children in an undated photo in El Salvador. His new position begins Jan. 1, when he succeeds Carolyn Y. Woo, who ends her five-year term at the end of 2016. (CNS photo/Oscar Leiva, Silverlight for CRS)

WASHINGTON (CNS) – A six-month search for a new president and CEO for one of the largest humanitarian relief agencies in the world ended at its doorstep, with Catholic Relief Services announcing Sept. 16 that it is hiring a veteran employee — the agency’s No. 2 — Sean Callahan, as its new president and CEO.

“We looked all across the nation and found that the best person for the job was Sean, already working for us,” said Bishop Richard J. Malone of Buffalo, New York, head of the CRS Board Search Committee, in a statement announcing Callahan’s new position, which begins Jan. 1, 2017. He succeeds Carolyn Y. Woo, who ends her five-year term at the end of 2016. 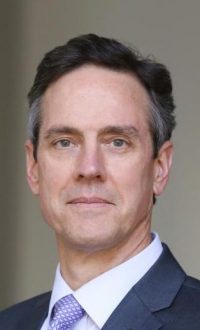 Callahan began his career with CRS 28 years ago and has served as director of Human Resources, regional director for South Asia, head of its Nicaragua program and executive vice president for overseas operations. Four years ago he was appointed as the agency’s chief operating officer.

Archbishop Paul S. Coakley of Oklahoma City, chairman of the CRS board, said in a statement that all that experience is what makes Callahan “eminently qualified” for the top spot.

Callahan said mission, not climbing the corporate ladder, is what has motivated him in his almost three decades at CRS, the U.S. bishops’ overseas relief and development agency based in Baltimore. In his new leadership position, he said he wants to inspire and motivate staff and CRS partners around the world to be united in humanitarian efforts, incorporating different elements of the Catholic Church to help humanity.

That means emphasizing the sanctity of life and how charitable efforts to help those suffering around the world is part of that Christian mission.

“Sacredness of life is key,” Callahan said in a phone interview with Catholic News Service from Montreal. “We need to be aware of the situation of the least among us. We have a responsibility.”

That means teaching others about situations that bring suffering and snuff out lives around the world. It means finding a way, whether by prayer, voting, volunteering or giving financially, to become involved with finding a solution to the hardship of others.

In Pope Francis and the recently canonized St. Teresa of Kolkata, whom Callahan met while working for CRS in Asia, the church has great models and inspiration to meet that mission and understand that Christians have a call to help those in distress, including the poor, refugees and migrants, Callahan said.

It also means helping others understand that leaving one’s country is not the preferred option for those who leave their homelands, which is why CRS has programs to help people not emigrate.

“Many of these people, what they want is safety and security,” he said. CRS tries to provide a livelihood, health care, education, but sometimes they still are faced with having to leave their homelands.

“Once they do migrate, it’s our responsibility that they’re safe and protected. … That’s where we have been inspired by the Holy Father” in reaching out, teaching those who may not be comfortable with foreigners, whether migrants or refugees, understand that Jesus was a migrant, he was a refugee, too, Callahan said.

While Americans are rightly proud of their homeland, not all immigrants who are here have chosen to leave what’s familiar to them by choice and they would stay in their home countries if they had had safe and secure places to live, he said. That’s where organizations such as CRS step in to put mechanisms in place that build stronger communities and try to alleviate some of the hardship.

Callahan, 56, has master’s degree in law and diplomacy from Tufts University, and is president of Caritas North America. He also is on the board of trustees for Catholic Charities USA and has served on the Executive Committee and Representative Council of Caritas Internationalis, a Vatican-based confederation of 165 Catholic relief, development and social service organizations.

PREVIOUS: Bishop, other leaders call for peace, unity after attack in Minnesota