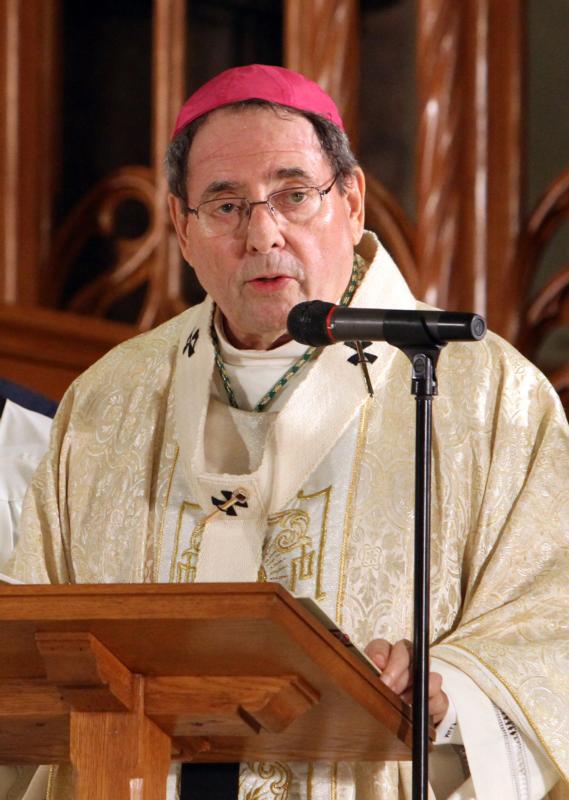 TRENTON, N.J. (CNS) — The Catholic bishops of New Jersey have added their voices to those of other Catholic Church leaders around the nation in opposing an abortion advocacy ad campaign by a group calling itself Catholics for Choice.

The organization placed full-page ads Sept. 12 in the print editions of more than 20 local and national publications, including Politico, the Nation, the Chicago Sun-Times, the Philadelphia Inquirer, the Dallas Morning News and La Opinion.

In New Jersey, the ad ran in The Star-Ledger and The Record (of Bergen County). Digital advertising also was included in the campaign, which featured a statement by a young woman who claimed to be Catholic and who condoned abortion.

The ad aimed to portray the public funding of abortion as a social justice issue.

“Catholics have the same freedom as other citizens in making choices, said Newark Archbishop John J. Myers, who is president of the New Jersey Catholic Conference. “They also have the duty to follow a well-formed conscience, a conscience formed not by fad or personal convenience, but by Catholic teaching.”

“Catholic faith and teaching have condemned abortion since the earliest days of the Church. Every unique human life begins at conception,” he said in a Sept. 16 statement. “Every unborn human being shares with every other member of the human family a basic moral right to life.”

Years ago, the U.S. bishops said the group behind the ad campaign, formerly called Catholics for a Free Choice, had “no affiliation, formal or otherwise, with the Catholic Church.”

Catholics for Choice said in a news release that its “Abortion in Good Faith” campaign was a multiyear effort to overturn the federal Hyde Amendment, which bars the use of federal funds for virtually all Medicaid abortions.

To communicate authentic church teaching on the sanctity of human life and the evil of abortion, the New Jersey bishops commissioned an ad campaign that will include several daily newspapers, and be placed throughout diocesan media outlets and other church-based resources.

The central image of the campaign features a photo of Pope Francis kissing a baby during his visit to Philadelphia last fall. Taken by John Blaine, a freelance photographer for The Monitor, Trenton’s diocesan newspaper, the photo originally was part of the Trenton diocesan newspaper’s online coverage of the papal visit.

The ad lists several statements made by the Pope Francis — both when he was Cardinal Jorge Mario Bergoglio and now as the pope — about the sanctity of human life and every person’s call to protect life in the womb.

The key message of the ad is: “You cannot be Catholic and pro-abortion. The only ‘choice’ for Catholics is life.” The ads ran in The Star-Ledger and The Record Sept. 18.

“Through pregnancy help centers and other programs, the Catholic Church brings love and mercy and caring to mothers and children according to the call of the Gospel,” Archbishop Myers said in his statement. “And with equal love and mercy and caring, the church works to heal the wounds of every woman or man who has struggled with the emotional and spiritual pain of an abortion.”

“Sadly,” he added, “there are those who purport to be Catholic who believe that they can condone abortion. But abortion is radically inconsistent with the Catholic faith.”

Similar responses to the abortion ad campaign played out across the country in the days following Sept. 12.

“Calling for taxpayer funding of abortion in the name of the Catholic faith” is “deceptive” and “extreme,” said New York Cardinal Timothy M. Dolan, who serves as chairman of the U.S. bishops’ Committee on Pro-Life Activities.

In a Sept. 14 statement, Cardinal Dolan emphasized that the abortion advocacy group “is not affiliated with the Catholic Church in any way. It has no membership, and clearly does not speak for the faithful. It is funded by powerful private foundations to promote abortion as a method of population control.”