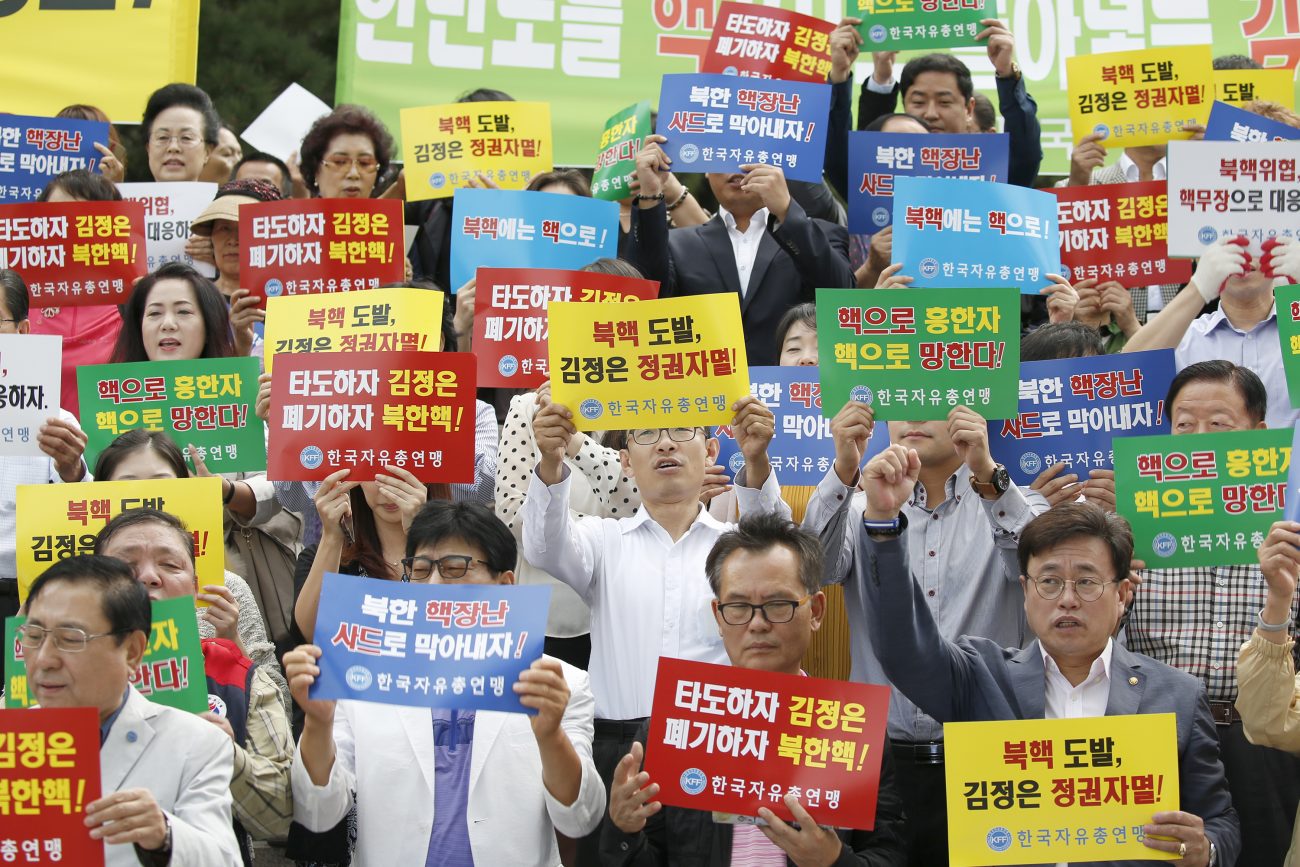 VATICAN CITY (CNS) — Pope Francis and the Vatican are concerned about continuing tensions on the Korean peninsula “on account of the nuclear tests carried out by North Korea,” the Vatican spokesman confirmed.

Greg Burke, the spokesman, issued a statement Sept. 27 affirming the Vatican’s position as explained to the International Atomic Energy Agency by a top Vatican diplomat.

Addressing the agency’s general conference in Vienna the same day, Msgr. Antoine Camilleri, Vatican undersecretary for relations with states, said, “We observe with great concern the situation in the Democratic People’s Republic of Korea,” the formal name for North Korea.

“The Holy See supports the constant efforts of the international community to restart the negotiations on denuclearization and to allow the IAEA to take up again its important role of verification in that country,” Msgr. Camilleri said, according to an Italian translation of his speech printed in the Vatican newspaper.

“The peace and stability of the region” and the integrity of the international nuclear nonproliferation protocols are at stake, the monsignor said.

In early September, North Korea conducted its fifth nuclear test, the most powerful so far, and hinted at a sixth possible test.

The Associated Press reported that South Korea’s Defense Ministry said Sept. 12 that South Korean and U.S. intelligence authorities believe North Korea has the ability to detonate another atomic device at any time at one of its tunnels at its main Punggye-ri nuclear test site, where the five previous atomic explosions took place. Ministry officials refused to say what specific evidence pointed to another possible nuclear test.

In response to the North Korean tests, the U.S. and South Korean navies conducted joint military exercises in the waters off the Korean peninsula, exercises widely read as a show of force.