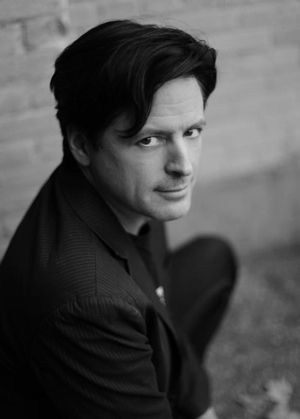 John Fugelsang, who is the narrator, host and co-writer of “Dream On,” is pictured in an undated photo. (CNS photo/Jennifer Summer, PBS)

WASHINGTON (CNS) — When Catholic comedian and political commentator John Fugelsang started retracing the route taken by Alexis de Tocqueville nearly 200 years ago — the Frenchman on a horse, Fugelsang in a blue Ford — he knew he would see the power of the American dream.

Fugelsang saw much of the economy’s destructive power, but also a resilience he never expected from some of those who have been beaten back.

The journey is on display in a new documentary, “Dream On,” which aired Oct. 7 on PBS, has appeared at 19 international film festivals and won four top awards.

Fugelsang and producer-director and co-writer Roger Weisberg conceived of “Dream On” as a 10-hour miniseries and spent 16-hour days practically nonstop over two months collecting interviews and video from 55 cities in 17 states with that in mind. “If I had my way, we’d do a 15-hour film,” Fugelsang told Catholic News Service in an Oct. 6 telephone interview from New York.

But since PBS would only take a 90-minute version, the noncommercial network has posted scores of interviews and other material on its website at www.pbs.org/wnet/dream-on. There is more content there than the documentary could air in the PBS window.

The interviews that made it to the 90-minute documentary included a New York prisoner aiming for a college degree and a move to France once he’s released; two different women in different cities who gave birth as young teens and were already grandmothers by their early 30s; a Detroit woman who pays next to nothing for rent for her incubator business, but on the condition that she give something back to the community; an undocumented worker fighting for higher pay in North Carolina; and the leader of an anti-immigrant organization, also in the Tar Heel State.

“It was an honor to be able to hear things that people would be very uncomfortable discussing,” Fugelsang, 47, told CNS. While the production crew was setting up lights and microphones, “I would have time with our interview subjects, to talk to them and to get them to trust me — trust me enough to share the sort of things they didn’t want to share.

Fugelsang added, “When you’re in dire financial straits, whether you were born that way or circumstances led you that way, you generally don’t want people around you to know how much you’re struggling. If you’re broke or desperate, you don’t want your family or your co-workers or your neighbors to know how tight things are.”

Because of his comedy background, one idea was to “bring some levity to it,” he said, but “from the first day I decided that wasn’t going to be the way to do it. I had to channel my inner Oprah.”

Like some of his interview subjects, Fugelsang has had to cobble together a number of jobs to earn his keep. He was able to do the de Tocqueville tour only because the month before, the cable television channel for which he hosted a show was sold, the format changed, and he and many others let go.

“That’s how it is in my field,” he said. “I wanted to be an actor and a comedian. I’ve really grown to enjoy being a broadcaster. I’ve Interviewed Paul McCartney. I got George Harrison to give his final performance (on VH1). I interviewed the Mitt Romney campaign adviser who made the ‘Etch-a-Sketch’ remark on CNN. I’ve been on a humanitarian mission. I have been murdered on ‘CSI.’ I’ve hosted ‘America’s Funniest Home Videos.’ … I debated Jerry Falwell on Bill Maher when I was in my 20s. I do a political stand-up tour. I’m on Sirius XM. I’m developing a couple of TV projects. I’m waiting to hear if my Fox series is being picked up, and I’m writing a book, and raising a 4-year-old.”

Fugelsang’s pedigree isn’t your usual one. His mother was a religious sister and his father was a Franciscan brother.

“My mother was a nun with the Daughters of Wisdom order. She spent many years working in Malawi, Africa, first with lepers and then in a hospital in the jungle. From her I learned a lot about service,” he said.

Fugelsang added, “The reason I got into political standup was to please my father, because I wasn’t very good at sports. … Debating (Louisiana white supremacist) David Duke was a way of reaching out to my dad.”

And he wouldn’t hang up from the interview before professing his admiration for Pope Francis.

“This pope is one of the greatest popes we have, reawakening the spirit of social justice. When this pope chose the name of Francis, it filled my heart with hope that we would see someone who understood the economic and moral necessity of caring for the least among us. I’m very proud of how this pope has stood up for exploited workers around the world,” Fugelsang said.

He added, “People said they want to have a government with ‘Christian values.’ I would love a government based on Christian values, if they were based on Christ,” citing the passage in Matthew 25 on the final judgment, where God separates the sheep and the goats. “Jesus gives out his marching order. That’s not just a recipe to save your soul, that’s a recipe to save your economy.”

NEXT: Movie review: The Accountant