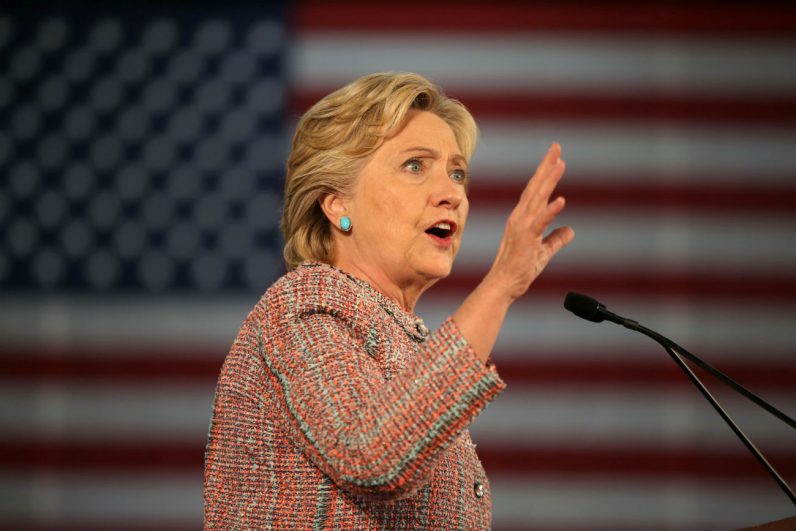 UPDATED — WASHINGTON (CNS) — Emails released by WikiLeaks and allegedly hacked from the server of a top aide to Hillary Clinton have ignited a fierce exchange over the tone and content of the messages.

Those weighing in include the president of the U.S. bishops’ conference and a Catholic adviser to the Donald Trump campaign.

One of the leaked email chains criticized Catholics described as conservative for being “attracted to the systematic thought and severely backwards gender relations” of the Catholic Church.

Another chain suggested using contraception as a wedge issue and called for a “Catholic Spring” in which Catholics themselves demand the end of a Middle Ages dictatorship and the beginning of a little democracy and respect for gender equality in the Catholic Church.

The chief liaison to Trump for Catholic issues said that emails released Oct. 11 by WikiLeaks “reveal the depths of the hostility of Hillary Clinton and her campaign toward Catholics.”

The emails illustrate “the open anti-Catholic bigotry of her senior advisers, who attack the deeply held beliefs and theology of Catholics,” said liaison Joseph Cella, who is the founder of the National Catholic Prayer Breakfast.

On Oct. 12, Catholic News Service sent an email to the Clinton campaign seeking comment, but there was no reply. A Time magazine story published online late Oct. 12 said Brian Fallon, a Clinton spokesperson, responded to the charges of anti-Catholicism, calling it a “faux controversy” courtesy of a WikiLeaks hack.

One of the leaked email chains was from 2011 and had as its subject “Conservative Catholicism.” The exchange was between Jennifer Palmieri, a Catholic herself, who is now Clinton’s communications director, and John Halpin, a fellow at the Center for American Progress. They discussed Rupert Murdoch, CEO of News Corp, a media conglomerate that includes Fox News in its holdings, and Wall Street Journal managing editor Robert Thomson having had their children baptized as Catholics.

“Many of the most powerful elements of the conservative movement are all Catholic — many converts. … It’s an amazing bastardization of the faith,” Halpin wrote in an email to Palmieri and John Podesta, Hillary’s campaign chairman who was chief of staff to President Bill Clinton and has been a counselor to President Barack Obama. “They must be attracted to the systematic thought and severely backwards gender relations and must be totally unaware of Christian democracy.”

Halpin added: “I imagine they think it is the most socially acceptable politically conservative religion. Their rich friends wouldn’t understand if they became evangelicals.”

Podesta, himself a Catholic, did not respond to their comments.

Cella said these advisers in “viciously mocking Catholics as they have, turn the clock back to the days of the 20th-century ‘No Catholics Need Apply’ type of discrimination. Hillary Clinton and her campaign should be ashamed of themselves and should immediately apologize to all Catholics and people of goodwill in the United States.”

Other emails leaked by WikiLeaks included an 2012 email to Podesta from Sandy Newman, president of Voices for Progress. “This whole controversy with the bishops opposing contraceptive coverage, even though 98 percent of Catholic women, and their conjugal partners, have used contraception, has me thinking,” said Newman. “There needs to be a Catholic Spring, in which Catholics themselves demand the end of a Middle Ages dictatorship and the beginning of a little democracy and respect for gender equality in the Catholic Church.

“Is contraceptive coverage an issue around which that could happen?” he asked in a Feb. 10, 2012, email.

In response to Newman’s question, Podesta tells him: “We created Catholics in Alliance for the Common Good to organize for a moment like this. But I think it lacks the leadership to do so now. Likewise Catholics United. Like most Spring movements, I think this one will have to be bottom up.”

Because the Clinton campaign has neither confirmed nor denied that these emails were taken, Steve Krueger, president of the Boston-based group Catholic Democrats, said his group would not comment “on unsubstantiated documents.”

“But I will say that I have heard John Podesta speak of his faith and he has done so heartfully and eloquently,” Krueger told CNS. “For any Catholic to impugn his, or anyone else’s, Catholic faith is both morally wrong and also a violation of canon law.”

A couple of days earlier, Krueger’s group called on members of Trump’s Catholic advisory group to resign after NBC Oct. 7 leaked lewd remarks Trump made about women in 2005. The comments were captured on a “hot mic” before Trump gave an on-air interview for an entertainment show.

In response to the email exchanges published by Wikileaks, Philadelphia Archbishop Charles J. Chaput wrote in an Oct. 13 column for CatholicPhilly.com, the news website for the Philadelphia Archdiocese, that it “would be wonderful for the Clinton campaign to repudiate the content of these ugly WikiLeaks emails. All of us backward-thinking Catholics who actually believe what Scripture and the church teach would be so very grateful.”

He also noted that the night these emails were released he received “an angry email” from a non-Catholic attorney experienced in church-state affairs who told the archbishop he was offended by the emails and called them “some of the worst bigotry by a political machine I have seen.”

Days after the leaked Clinton campaign emails, the president of the U.S. Conference of Catholic Bishops, Archbishop Joseph E. Kurtz of Louisville, Ky., addressed the topic. “There have been recent reports that some may have sought to interfere in the internal life of the church for short-term political gain. If true, this is troubling both for the well-being of faith communities and the good of our country.”

The leaked emails came on the heels of a leaked 2005 audio clip of Trump making lewd sexual remarks about women. In apparent reference to both controversies, Archbishop Kurtz  noted that too much of the political discourse during this election year “has demeaned women and marginalized people of faith.”

“This must change,” said Archbishop Kurtz. “Politicians, their staffs and volunteers should reflect our best aspirations as citizens.”

NEXT: Mass in Yellowstone ‘an experience of God unlike any other,’ says Jesuit