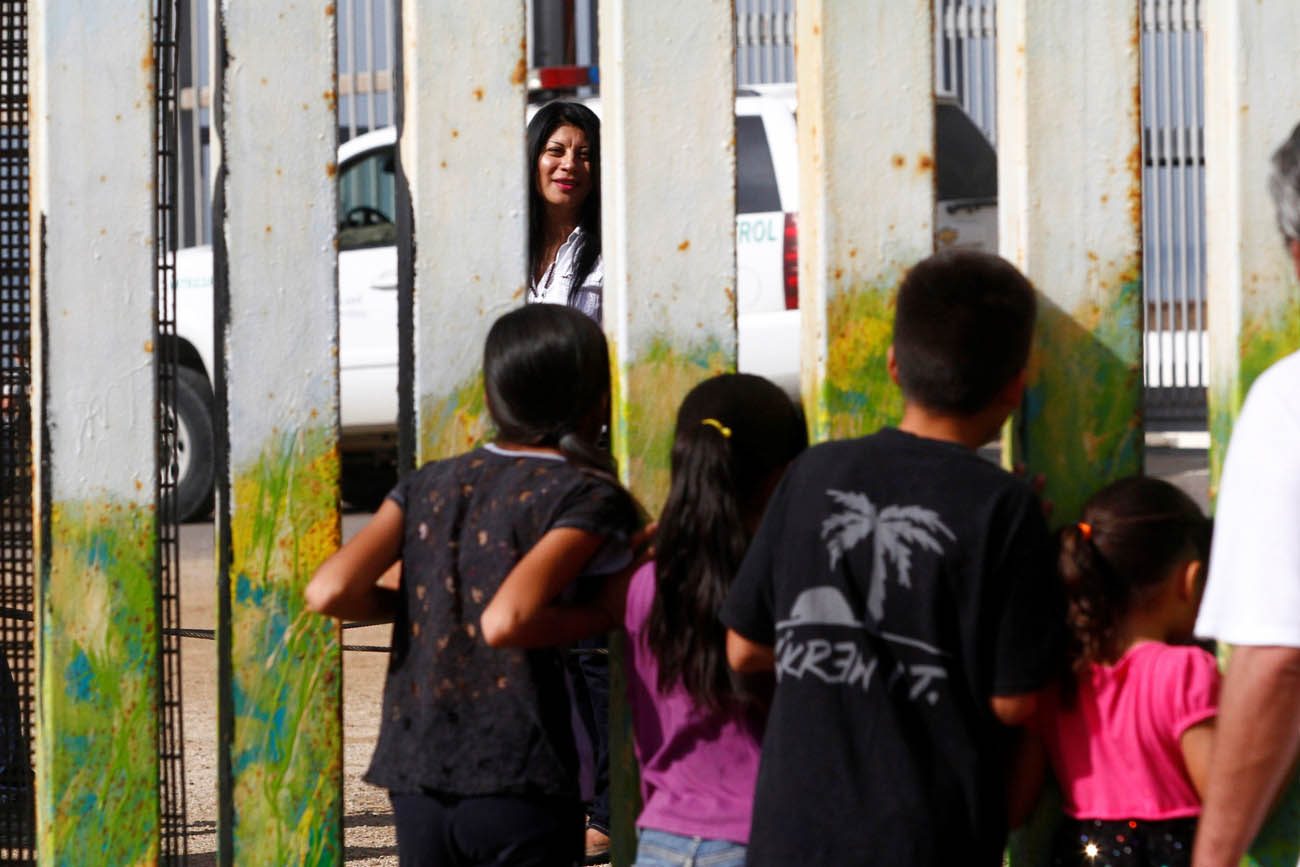 A woman in San Diego talks through a fence with children in Tijuana, Mexico, Nov. 12. (CNS photo/Jorge Duenes, Reuters)

BALTIMORE (CNS) — In a letter read Nov. 14 during the fall general assembly of the U.S. Conference of Catholic Bishops, the chairman of the bishops’ Committee on Migration, Auxiliary Bishop Eusebio Elizondo of Seattle, called on President-elect Donald Trump “to continue to protect the inherent dignity of refugees and migrants.”

In a television interview Nov. 13, Trump said he is looking at a plan to deport 2 million to 3 million people whom he described as “criminal and have criminal records” and entered the country without permission. A day later the U.S. bishops, meeting in Baltimore, affirmed Bishop Elizondo’s letter encouraging efforts “to work together to promote the common good, especially those to protect the most vulnerable among us.”

Bishop Elizondo asked for the protection of the family unit, as “the cornerstone of society,” and asked that the new administration recognize the contributions of refugees and immigrants “to the overall prosperity and well-being of our nation.”

He said the migration committee would continue to work to protect human policies for refugees and immigrants and their inherent dignity.

“Serving and welcoming people fleeing violence and conflict in various regions of the world is part of our identity as Catholics,” he said. “The church will continue this life-saving tradition.”

With more than 65 million forcibly displaced around the world, he said, “the need to welcome refugees and provide freedom from persecution is more acute than ever, and 80 of our dioceses across the country are eager to continue this wonderful act of accompaniment born of our Christian faith.”

Trump, during his campaign, vowed to build a wall at the U.S.-Mexico border and have Mexico pay for it and deport 11 million immigrants who have entered the country illegally by using a “deportation force.” He also said he would ban Muslims from entering the country and he called for a “pause” in allowing refugees into the country until some form of “extreme vetting” of their background could be put in place.

During his interview with CBS, he told interviewer Lesley Stahl: “What we are going to do is get the people that are criminal and have criminal records, gang members, drug dealers. We have a lot of these people, probably 2 million, it could be even 3 million. We are getting them out of our country or we are going to incarcerate. But we’re getting them out of our country, they’re here illegally.”

Bishop Elizondo said the bishops’ committee was willing to work with the new administration “to continue to ensure that refugees are humanely welcomed without sacrificing our security or our core values as Americans,” adding that “a duty to welcome and protect newcomers, particularly refugees, is an integral part of our mission to help our neighbors in need.”