Catholics’ postelection question: Work for unity or be a sign of division? 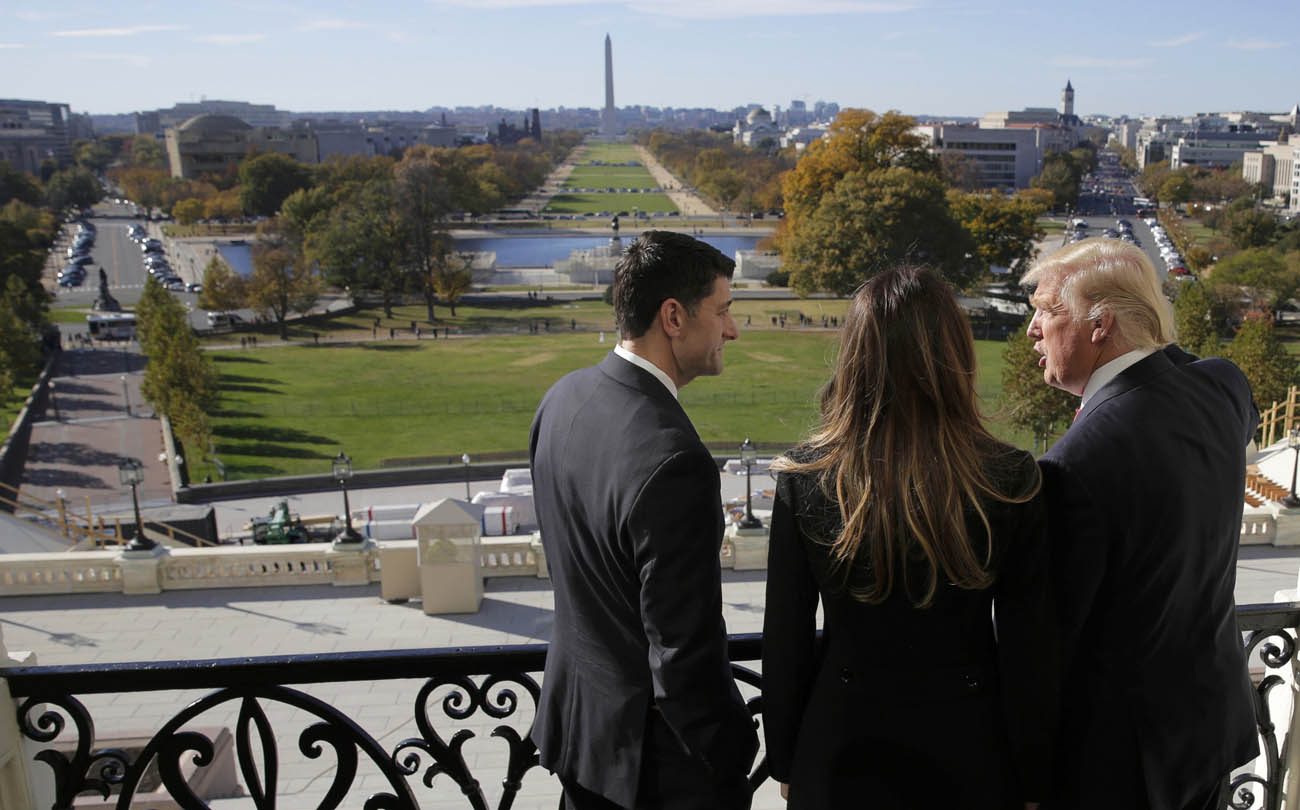 WASHINGTON (CNS) — All the distrust, vitriol and rancor stirred up during the 2016 presidential election campaign did not go away when votes were tallied.

The Nov. 8 election’s outcome, for many, only added more layers of frustration, anger and fear, prompting dozens of protests across the country.

Political leaders, including Hillary Clinton, President-elect Donald Trump and President Barack Obama, acknowledged the disunity and urged people after the election to try to work together.

Catholic leaders have been making similar pleas, not only for the nation, but also recognizing the division that exists among the church’s own members who split their vote — 45 percent for Clinton and 52 percent for Trump.

Four days before the election, Supreme Knight Carl Anderson, CEO of the Knights of Columbus, told a Catholic group in Arlington, Virginia, that regardless of the election’s outcome, “our country will remain deeply divided and those divisions are, to a very real extent, also reflected within our own Catholic faith community.”

“Every election brings a new beginning. Some may wonder whether the country can reconcile, work together and fulfill the promise of a more perfect union. Through the hope Christ offers, I believe God will give us the strength to heal and unite.” — Archbishop Joseph Kurtz

That view also was expressed in a Nov. 9 editorial in the National Catholic Reporter newspaper describing the political climate as a “profound moment in our nation’s history and in our church’s history. … The question now is whether we have the courage and leadership to confront these hurts, work for justice and begin the healing process.”

Putting it even more succinctly was an Election Day tweet by Cardinal-designate Joseph W. Tobin of Indianapolis: “Whatever happens at the polls, God will reign. Our work begins tomorrow, building bridges and healing wounds.”

Archbishop Joseph E. Kurtz of Louisville, Kentucky, and president of the U.S. Conference of Catholic Bishops, said: “Every election brings a new beginning. Some may wonder whether the country can reconcile, work together and fulfill the promise of a more perfect union. Through the hope Christ offers, I believe God will give us the strength to heal and unite.”

And Sister Simone Campbell, executive director of the Catholic social justice lobbying organization Network, said her faith dictates that “now, more than ever, we need to mend the gaps and bridge the divides among us.”

“If anger fueled the election, we need to listen deeply to this reality, not dismiss it,” said the Sister of Social Service. “The temptation is to immediately think about how we will fight back, but fighting back will only reinforce this mess we’re in. Instead, we have to fight for a vision that eases people’s fears, brings us together and solves problems.”

Days before the election, Jesuit Father Jim Martin, author and editor at large at America, a weekly magazine published by the Jesuits, said after the election Catholics might want to say the “Prayer for Christian Unity,” which is meant for interfaith unity but has an apt message at a time when many “will feel excluded and unwelcome.”

It turns out the Catholic “Prayer for After an Election” also highlights unity, asking God to “heal us from our differences and unite us, O Lord, with a common purpose, dedication and commitment to achieve liberty and justice in the years ahead.”

The very notion of unity after a more contentious presidential campaign than most can remember might seem far-fetched but some Catholics stress it should at least start at the parish level.

Father Thomas Berg, vice rector and professor of moral theology at St Joseph’s Seminary in Yonkers, New York, said the differences of opinion revealed in this election “should never be allowed to become occasions of separation and rupture. Disagreement is an invitation to encounter, dialogue and to witness to the faith we presumably share.”

“Postelection, at the parish level, how wonderful it would be if we could engage each other dispassionately in calm rational dialogue about our differences with regard to the candidates,” said the priest, who is currently writing a book, “Hurting in the Church: A Way Forward for Wounded Catholics.”

Zach Flanagin, a professor of theology and religious studies at St. Mary’s College of California in Moraga, similarly suggested old-fashioned dialogue saying Catholics should take their cue from Pope Francis who has spent a good part of his pontificate accompanying people and listening to them.

“It’s incumbent at a time like this when there is so much division that we sit down and listen to people,” he told CNS on Election Day.

One way for this to happen in parishes — which he said “can be as divided as communities” — would be in for parishes to host dinners where parishioners have the chance to talk to each other about what matters to them. They might not agree with each other, he said, but they will likely come away respecting the other person.

Flanagin said he has seen programs like this work in high schools and junior high schools that have recognized the need to bring diverse communities together to help heal toxic environments.

Sherry Weddell, co-founder of the Catherine of Siena Institute, a group based in Colorado Springs, Colorado dedicated to strengthening parishes and lay Catholics, said the big post election question is: “How can we help rebuild our relationships with one another now that the shouting is over?”

For Catholics, she said the answer is found in embracing the church’s mission in outreach to others. “Being apostles together slowly builds remarkably strong bridges of trust and hope over the divides that separate us,” she said, adding that doing this “can actually heal and transform us as well.”

And for many, part of the mission is simply to keep up the work at hand and encourage others not to lose hope.

Peggy Lewis, interim dean of business and graduate studies at Trinity Washington University in Washington, said she advises students who are disheartened by the election, especially immigrants covered by the Obama administration’s Deferred Action for Childhood Arrivals program, or DACA, that the “fight is still on.”

Lewis, highlighted with Trinity students in a Nov. 9 Chronicle of Higher Education news video, said she has been urging these students not to give up.

“Getting students from anger, where I still am, to thinking about the future, is something we’re striving to do,” she said.

Los Angeles Archbishop Jose H. Gomez, during a Nov. 10 interfaith prayer service for peace, solidarity and unity at the Cathedral of Our Lady of the Angels, offered similar encouragement to the immigrant community after the election.

“Tonight in America, children are afraid. Men and women are worried and anxious, thinking about where they can run and hide,” he said.

“The answer is not angry words or violence in the streets. It never solves anything. It only inflames it more. We need to be people of peace, people of compassion. Love not hate. Mercy not revenge,” he said. “These are the tools to rebuild our nation and renew the American dream. Tonight we promise our brothers and sisters who are undocumented: We will never you leave you alone.”

NEXT: Extension’s ‘digital pilgrimage’ to take viewers to Rome for consistory