Bishops of Rwanda ask forgiveness for Catholics’ role in 1994 genocide 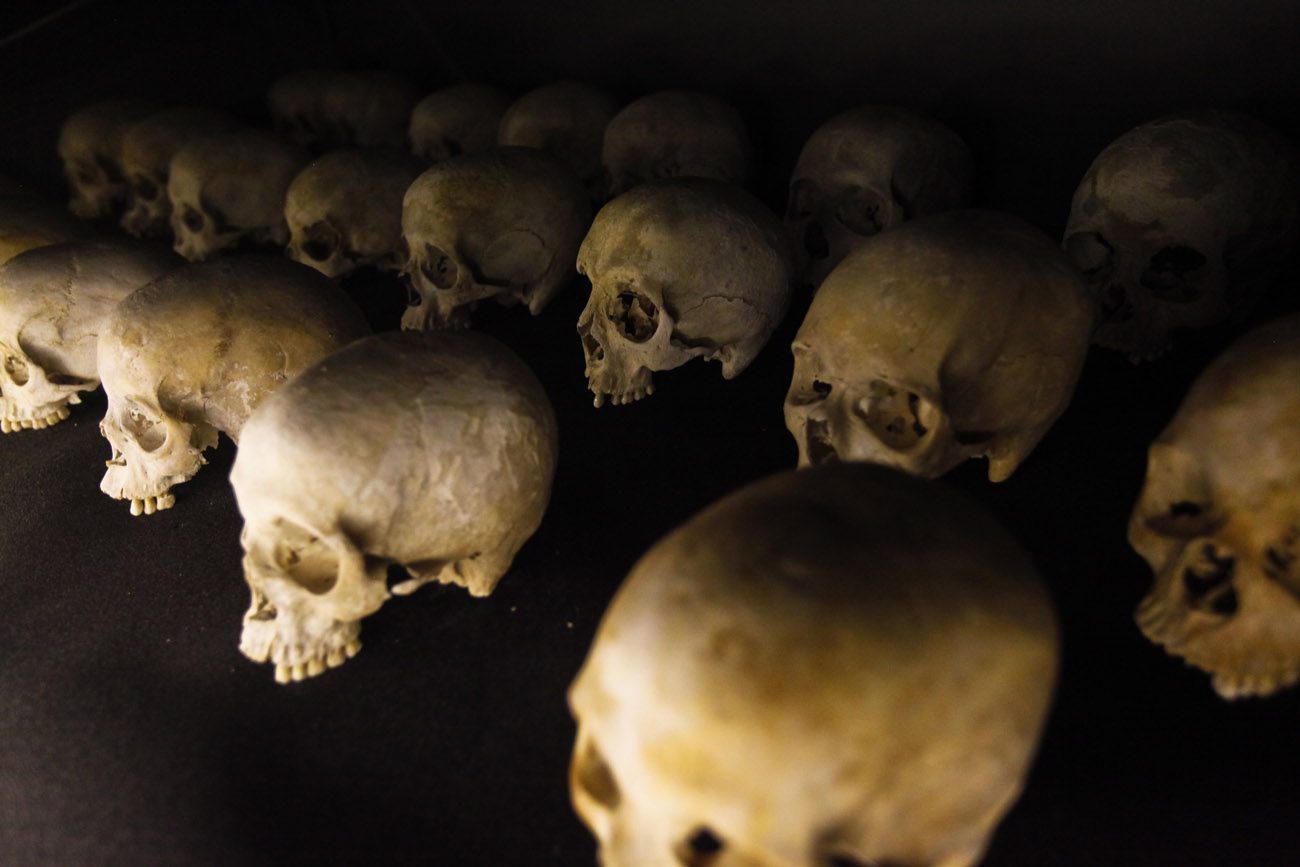 The skulls of victims of the 1994 genocide in Rwanda are seen at the Kigali Memorial Center in Kigali, Rwanda, in this 2012 file photo. In a letter to mark the end of the Year of Mercy, Rwanda's Catholic bishops asked forgiveness for Catholics' role in the genocide, in which more than 800,000 people -- mostly Tutsis -- were killed. (CNS photo/Dai Kurokawa, EPA)

MONTREAL (CNS) — The Catholic bishops of Rwanda asked forgiveness for Catholics’ role in the 1994 genocide in which more than 800,000 people — mostly ethnic Tutsis — were killed.

The letter was published to coincide with the end of the Jubilee of Mercy. All the bishops in the country signed the three-page document, which was read in every church Nov. 20.

Written in Kinyarwanda, it should soon be translated in English and French, Rwanda’s other official languages.

In 14 points, the bishops ask forgiveness for the role that some members of the Catholic Church played during the genocide, especially for the pastors that “sowed seeds of hate,” said French Catholic newspaper La Croix.

Criticized for its proximity with the Hutu regime at that time, priests and religious are still facing justice for what they did before and during the genocide. However, Catholic authorities, both in Rome and in Kigali, have always said that they never ordered killings.

Bishop Philippe Rukamba of Butare, president of the Rwandese bishops’ conference, told Radio France Internationale that forgiveness was mostly asked for all Christians involved in the genocide, not so much for the church as an institution.

During the 1994 Special Assembly for Africa of the Synod of Bishops, St. John Paul II spoke out against the violence that started after the attack on the plane carrying the presidents of both Rwanda and Burundi. For the centenary of the Rwandese church in 2001, bishops from all of the country’s nine dioceses expressed regrets. At that time, many deemed these apologies were not enough.

Bishop Rukamba also told RFI that the bishops of Rwanda would again ask forgiveness in 2019, for the genocide’s 25th anniversary.

From April to July 1994, between 800,000 and 1 million Tutsis and moderate Hutus were killed. Some massacres occurred in churches.

PREVIOUS: Threat of hell is real for not being faithful to God, pope says

NEXT: Welcome to the club: Cardinal-elders talk about pope’s 80th birthday