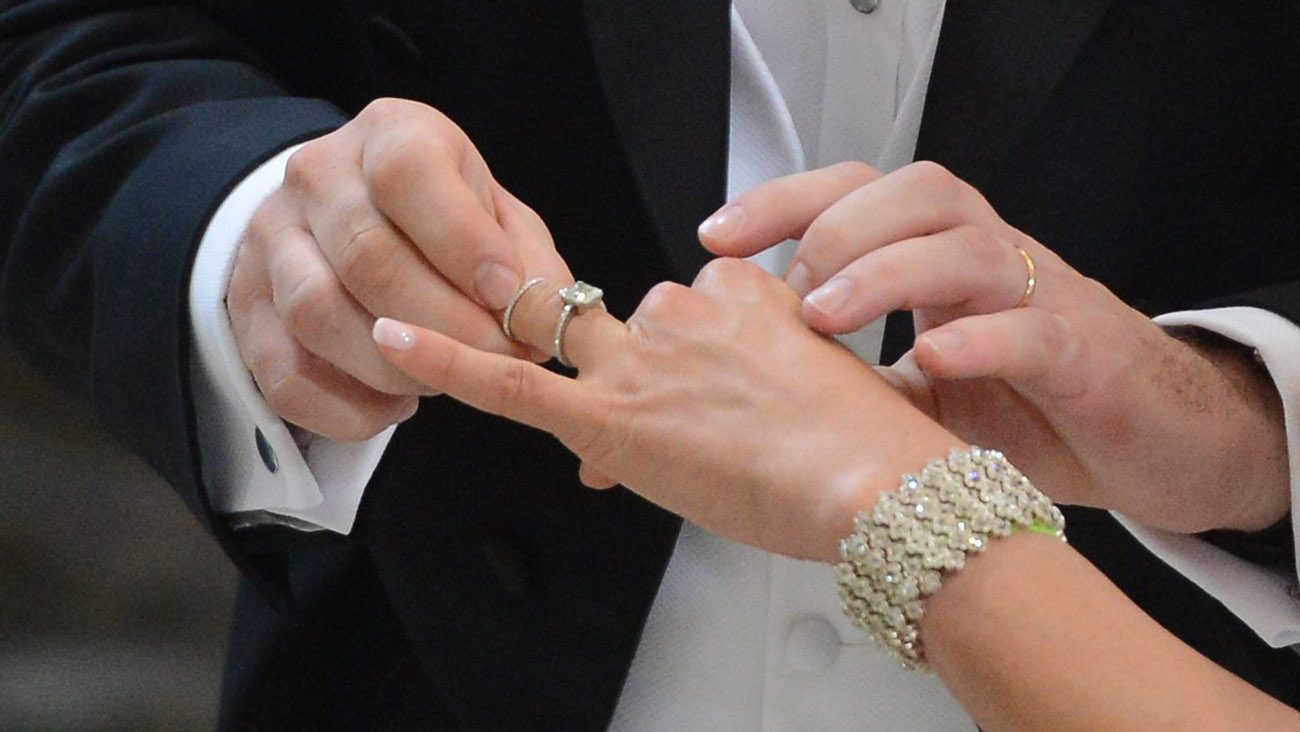 A couple gets married in Stockholm, Sweden, in this 2013 file photo. Four cardinals said they formally asked Pope Francis to clarify his teaching on Communion for the divorced and civilly remarried and have not received a response in two months. (CNS photo/Fredrik Sandberg via EPA)

VATICAN CITY (CNS) — Four cardinals said they formally asked Pope Francis to clarify his teaching on Communion for the divorced and civilly remarried and, not receiving a response after two months, they released their letter to the press.

“We have noted a grave disorientation and great confusion of many faithful regarding extremely important matters for the life of the church,” the cardinals said. “Even within the episcopal college, there are contrasting interpretations of Chapter 8 of ‘Amoris Laetitia,'” the chapter dealing with ministry to the divorced in his exhortation on the family.

The four who signed the letter are: Cardinals Walter Brandmuller, a German and former president of the Pontifical Commission for Historical Sciences; Raymond L. Burke, a U.S. cardinal and patron of the Knights of Malta; Carlo Caffarra, retired archbishop of Bologna, Italy; and Joachim Meisner, retired archbishop of Cologne, Germany.

In releasing their letter and accompanying explanations Nov. 14, the cardinals said, “The Holy Father has decided not to respond. We have interpreted his sovereign decision as an invitation to continue the reflection and the discussion, calmly and with respect. And so we are informing the entire people of God about our initiative, offering all of the documentation.”

Using “Amoris Laetitia” to affirm church teaching on the indissolubility of marriage, Pope Francis also wrote that because every situation is different, he would not provide new rules on ministry to the divorced and civilly remarried. However, he urged a new commitment on the part of pastors to provide spiritual guidance and assistance with discernment. A process of discernment, he has said, might eventually lead to a determination that access to the sacraments is possible.

The cardinals noted that St. John Paul II’s 1981 apostolic exhortation “Familiaris Consortio,” affirmed the church’s practice of “not admitting to eucharistic Communion divorced persons who have remarried” because “their state and condition of life objectively contradict that union of love between Christ and the church which is signified and effected by the Eucharist.”

Receiving absolution and Communion, St. John Paul wrote, would be possible only for couples who could not return to their sacramentally valid marriages, who promised to forego sexual relations and live as “brother and sister” and who would receive the sacraments in such a way as to not give scandal to others.

In their note, the four cardinals said that in their opinion, if Pope Francis meant to change those rules, in effect it would change church teaching about marriage, sexuality and-or the nature of the sacraments.

According to the four cardinals, a change would seem to indicate: “people who are not married can under certain circumstances legitimately engage in acts of sexual intimacy”; “the divorced and remarried are legitimate spouses and their sexual acts are lawful marital acts”; or that “the faithful can approach the Eucharistic table even with consciousness of grave sin, and receiving absolution in the sacrament of penance does not always require the purpose of amending one’s life.”

When pressed on the question of the variety of interpretations being given to “Amoris Laetitia,” Pope Francis has pointed people to Austrian Cardinal Christoph Schonborn of Vienna, whom the pope chose to present the document to the media.

No one has “a right to receive the Eucharist in an objective situation of sin,” the cardinal said, which is why the pope did not grant a blanket permission and insisted that civilly remarried people go through a whole process of discernment and repentance under the guidance of a priest.

The discernment called for by Pope Francis, he said, “takes greater account of those elements that suppress or attenuate imputability,” that is, moral responsibility, and seeks a path that would move a person closer to the fullness of what the Gospel demands.

Although not yet meeting the “objective ideal,” such couples would be helped to move closer to perfection, which, Cardinal Schonborn said, “is no small thing in the eyes of the Good Shepherd.”

NEXT: Mexican priest kidnapped, found alive with signs of torture