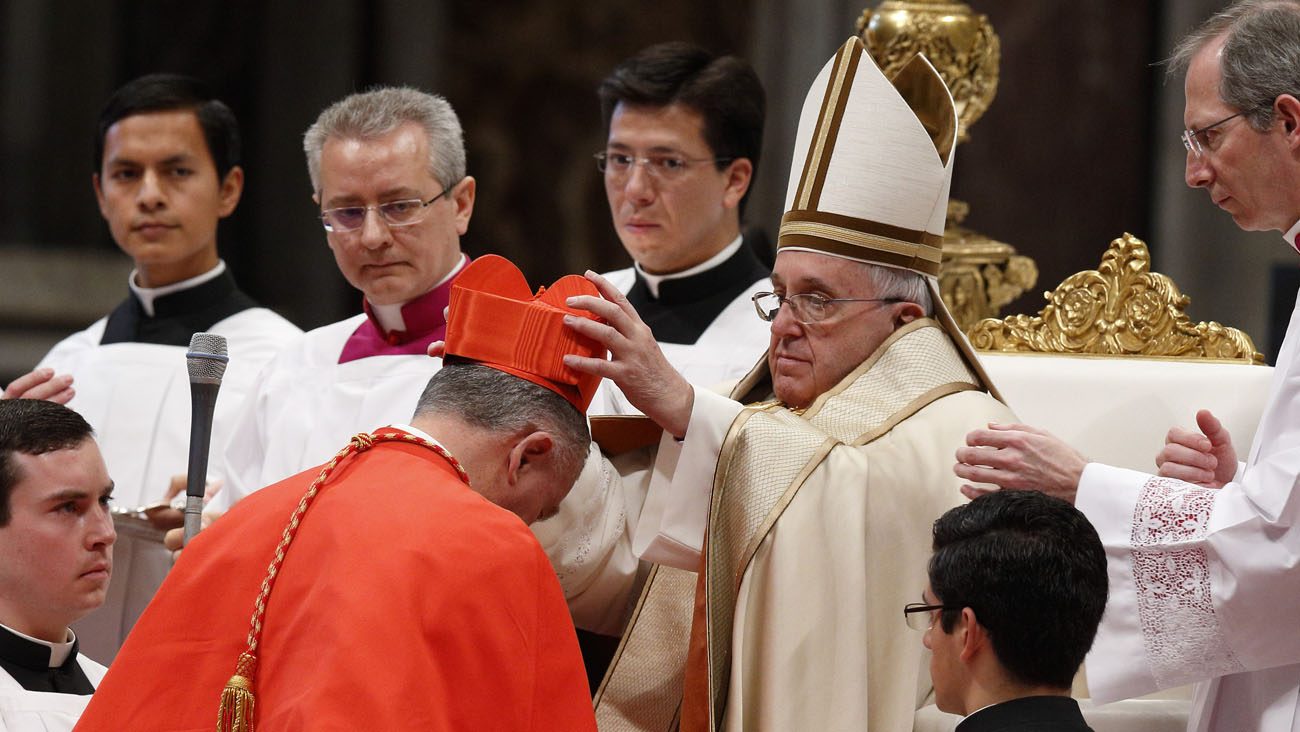 In the months following the consistory — as any gathering of cardinals is called — the new cardinals under the age of 80 will be named members of various Vatican congregations, councils, dicasteries and offices. For most of the cardinals, the memberships, while not involving a permanent move to Rome, will be the most regular exercise of their new ministry as advisers to the pope.

The most serious responsibility that cardinals have is the solemn obligation to gather in a conclave to elect a new pope. That right is reserved to cardinals under the age of 80.

Three U.S. citizens are among the new cardinals. They are: Archbishop Blase J. Cupich of Chicago; Bishop Kevin J. Farrell, prefect of the new Vatican office for laity, family and life; and Archbishop Joseph W. Tobin, who recently was transferred from Indianapolis to Newark, New Jersey.

At the consistory for creating new cardinals, Pope Francis will give each of the 17 a scroll with the “title” to a church or parish in Rome. As the “titular cardinal” of the church, a cardinal from anywhere in the world becomes a special member of the clergy of Rome. The practice echoes the ancient tradition of the Rome clergy electing their bishop, the pope.

They will arrive at St. Peter’s Basilica already dressed in their new red robes; the crimson hue is a reminder the cardinals wear that they must be faithful to Christ, his church and the pope to the point of shedding blood, if necessary.

Together, the new cardinals will solemnly profess their faith by reciting the Creed and formally swear fidelity and obedience to the pope and his successors. Then, one by one, they will approach Pope Francis to receive a biretta — a three-cornered red hat — their cardinal’s ring and the assignment of their titular church.

The 17 new cardinals come from 11 nations and most will travel with family, friends and faithful. The Vatican always hosts a reception where people can greet the new cardinals — both those they know and those they have never met. The reception used to be held on the lower floors of the Apostolic Palace, but has now been moved to the Vatican audience hall.

NEXT: Time of mercy: Holy doors close, but mission of mercy continues