No one is excluded from God’s mercy, pope says 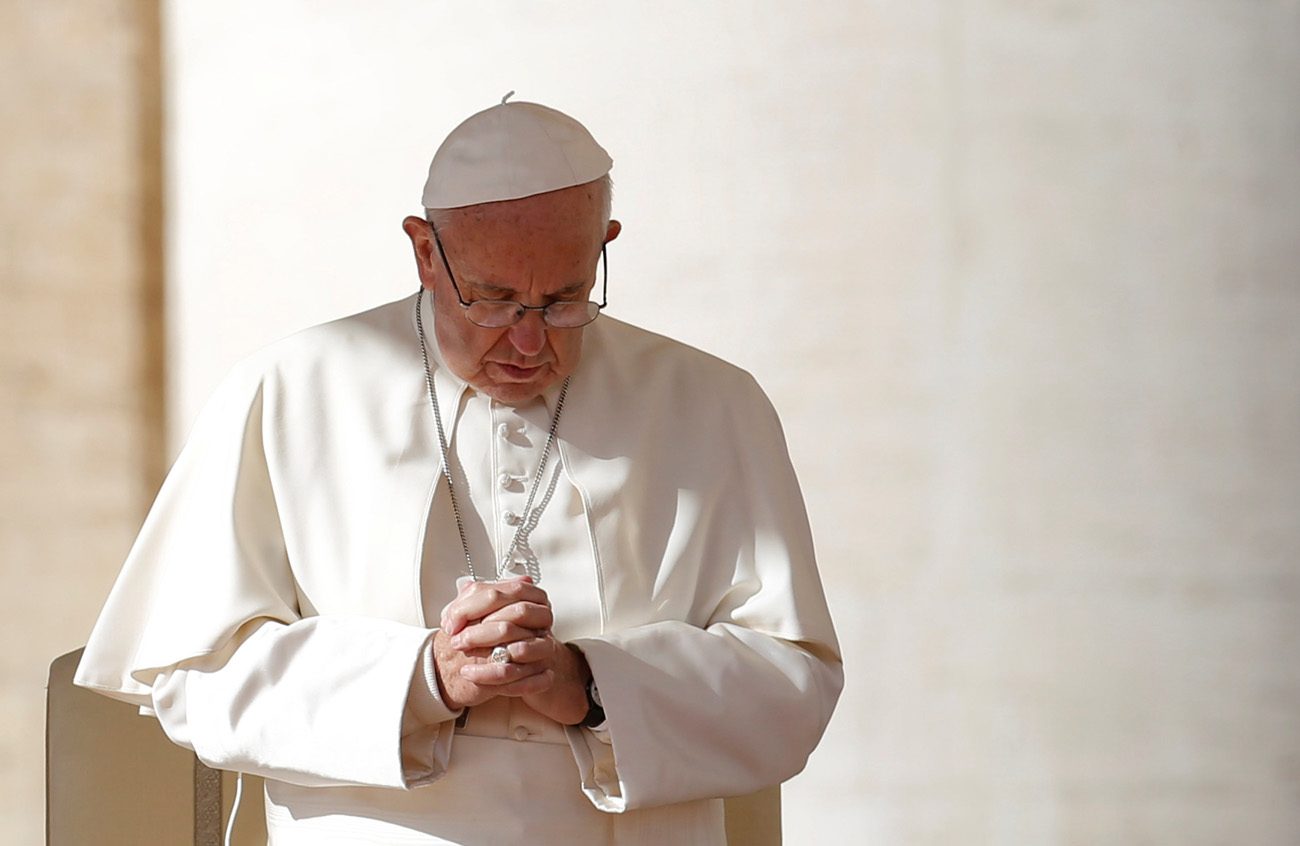 “Whoever I find at my job (or) in my neighborhood is a person to love as God loves,” he said. “This is inclusion.”

Christians are called to imitate Christ’s mission of revealing God’s love to all people and to “avoid becoming closed within ourselves and our selfish securities,” the pope said during his final jubilee audience Nov. 12.

“His arms wide open on the cross demonstrate that no one is excluded from his love and from his mercy, not even the greatest sinner: no one! We are all included in his love and his mercy,” he said.

Thousands of pilgrims were present in St. Peter’s Square for the last jubilee audience, an event that was held one Saturday each month throughout the Holy Year of Mercy. The Holy Year was to conclude Nov. 20 with the closing of the Holy Door of St. Peter’s Basilica.

In his talk, the pope reflected on a verse from the Gospel of St. Matthew in which Jesus invites all those “who labor and are burdened” to come, “and I will give you rest.”

No one is excluded from this invitation, the pope said, because Jesus’ mission “is to reveal to each person the love of God.”

Christians must reflect on whether their hearts are merciful and their way of “thinking and acting is inclusive,” the pope said.

“The Gospel calls us to recognize in human history the plan of a great work of inclusion that — while fully respecting the freedom of each person, of each community and every people — calls everyone to form a family of brothers and sisters in justice, solidarity and peace and to be a part of the church which is the body of Christ,” he said.

Everyone, the pope said, is in need of God’s forgiveness and of “brothers and sisters” who help them to receive the love reflected in Jesus’ death on the cross.

“Let us not impede each other! We do not exclude anyone. Rather, in humility and simplicity, let us be instruments of the inclusive mercy of the Father,” the pope said.

NEXT: Pope: Christians persevere in times of trouble, ignore doomsayers