Pope indicates he will travel to Ireland in 2018 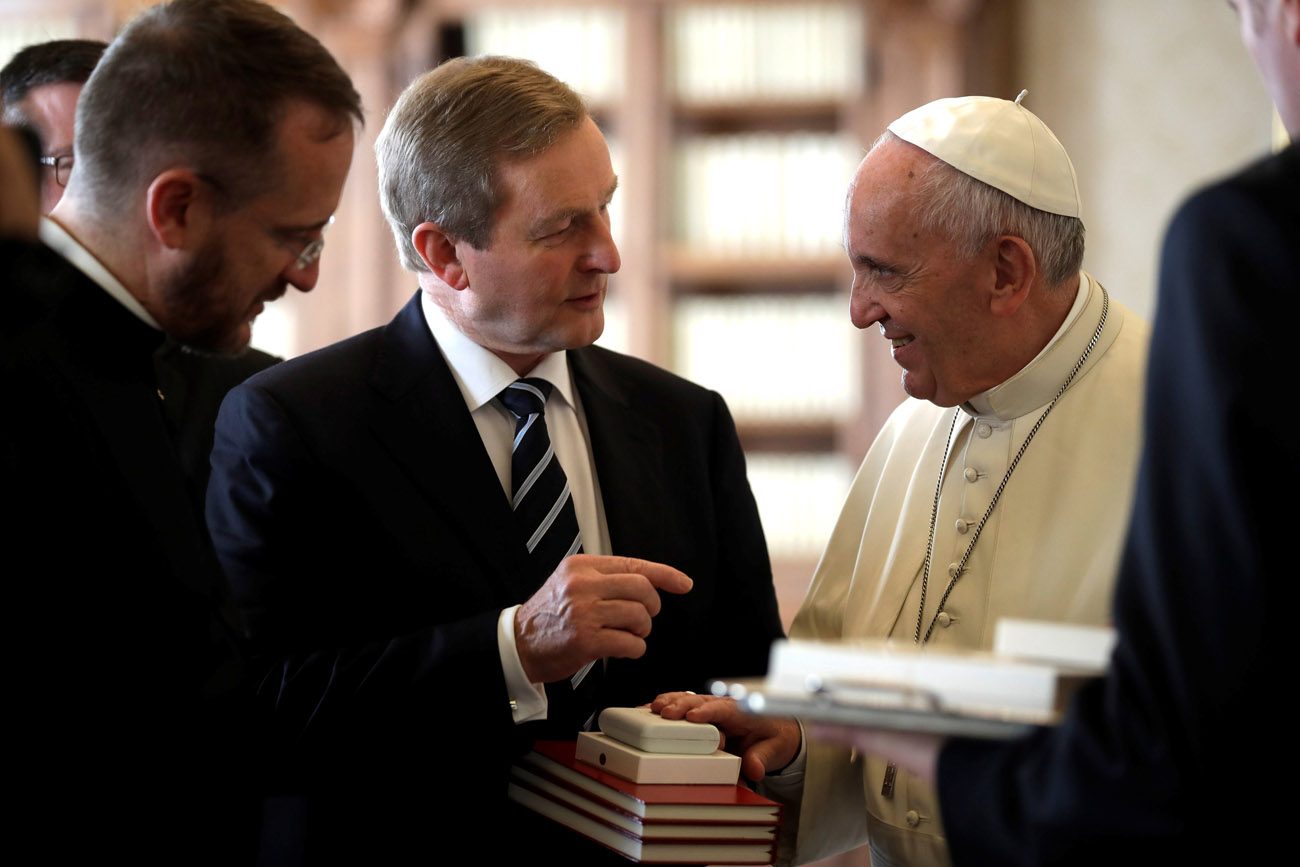 VATICAN CITY (CNS) — After meeting Pope Francis at the Vatican, Irish Prime Minister Enda Kenny said the pope confirmed he will visit Ireland in 2018 and that trip organizers would look at the possibility of a stop in Northern Ireland.

The pope and prime minister met Nov. 28. A Vatican statement said the two discussed the Catholic Church’s contributions to Ireland, particularly “in the social and educational fields,” and about how important it is for Christians to take an active role in public life, “especially in the promotion of respect for the dignity of every person, starting with the weakest and defenseless.”

Migration, high levels of unemployment among youths and the political and institutional challenges faced by Europe also were on the agenda, the Vatican said.

After the meeting, Kenny told reporters that Pope Francis confirmed his intention to attend the next World Meeting of Families, which is scheduled for Dublin in 2018.

According to the Irish Independent newspaper, Kenny said he spoke to the pope about “a number of issues that would, in my view, help greatly his visit when it comes in 2018,” including the need to strongly condemn clerical sexual abuse as he did during his visit to the United States in 2015.

The prime minister, the newspaper said, “added that he would like to see the pope travel to Northern Ireland, to complete a journey that Pope John Paul II couldn’t do in 1979.”

“I said to him that very point: that John Paul couldn’t go because of ‘The Troubles’ at the time,” the prime minister was quoted as saying.

NEXT: By plane, train and bus, Chaldean priest visits Iraqi refugees in Turkey