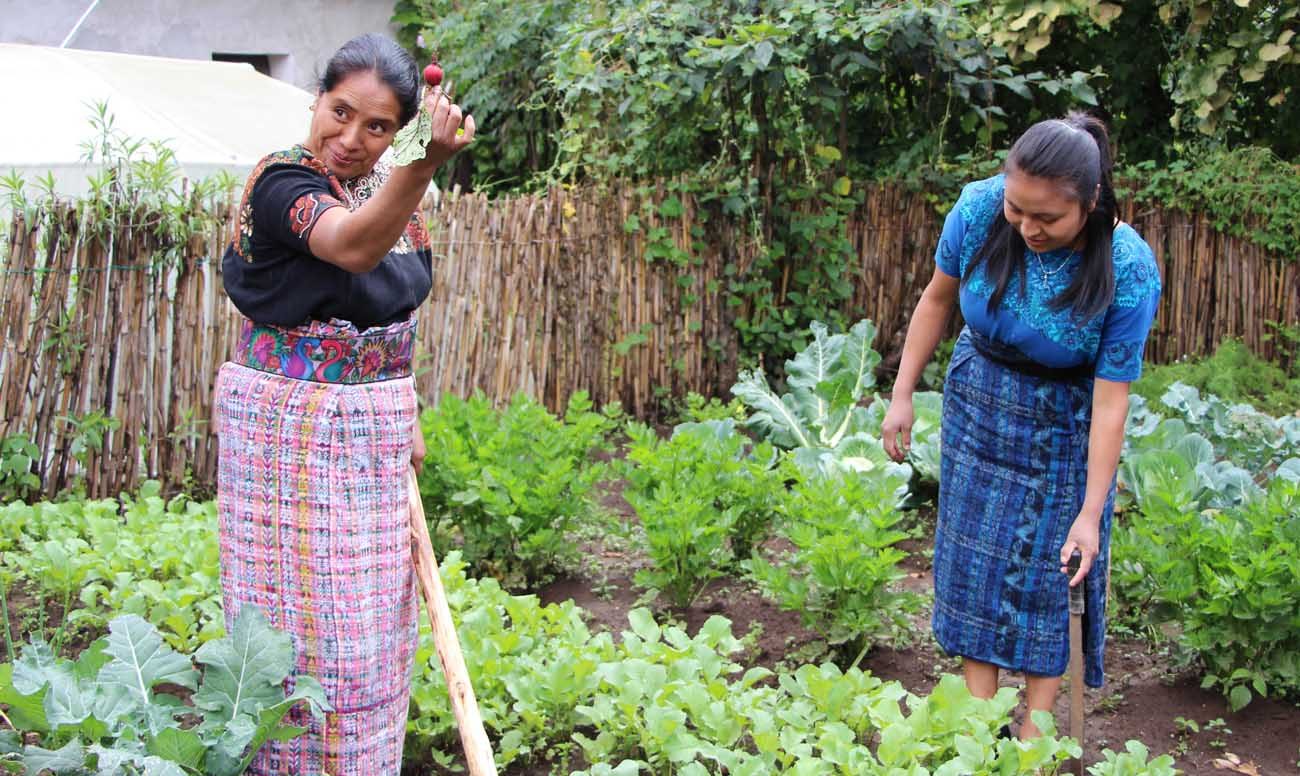 MOMOSTENANGO, Guatemala (CNS) — As a 12-year-old working as a farm laborer, Elvia Abac vowed that when she grew up, her children would never go hungry the way she was.

The oldest of nine children, Abac had to leave school and work in the fields to help her mother provide for the family after her father abandoned them. She worked long hours and took the tortillas she was given home as dinner for her siblings, so they would have something to eat.

Now married and the mother of an 8-year-old son and a 2-year-old daughter, Abac, 29, lives with her in-laws. Their biggest challenge as a young family, she said, is that her husband, a laborer, does not always find work.

There have been many days where there has not been enough food to go around, she said.

Over half of Guatemala’s children under that age of 5 are chronically malnourished. In ethnically Mayan areas like this impoverished mountainous region of Totonicapan, more than 70 percent of children suffer from chronic malnutrition.

There are few job opportunities here, and most villagers who work are farm laborers for large land holders.

Abac recently joined a group of women from her village as part of a six-year food security program co-sponsored by Catholic Relief Services, Caritas of San Marcus, and a local development nongovernmental organization. Known by its Spanish acronym SEGAMIL, the program helps women establish their own vegetable gardens, teaches them the importance of good hygienic practices, and how to incorporate animal protein such as eggs into their diet. In its first stages it also provides monthly distribution of food rations to pregnant women, nursing mothers and children under 2. 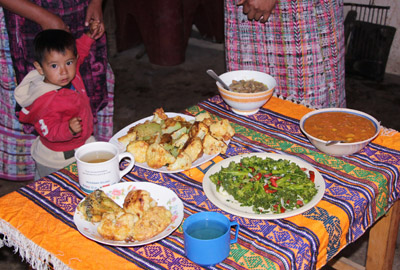 Women in Momostenango, Guatemala, experiment with new recipes for the varied crops they raise in this Oct. 7 photo. Among the favorites are lima beans in red sauce, cauliflower and broccoli breaded with egg, pickled broccoli salad and chamomile tea for children instead of coffee. (CNS photo/Judith Sudilovsky)

By improving access to food and clean water, the project aims to reduce deadly chronic malnutrition in children. It hopes to reach 23,500 families in eight municipalities by its completion in July 2018.

“I will give everything in order for my children not to suffer as I did,” said Abac, whose in-laws gave her a small plot of land on which to begin her own home garden. “With my son we used to give him the same food we ate before he was ready to eat it. He had infections all the time.” Now, she said, everyone washes hands properly, “and he follows what I do so the whole family is healthier. We have not had to go to the doctor so often with my daughter. We are eating clean food and vegetables.”

In bi-monthly meetings with local women leaders who have already been trained in the program and representatives of the sponsors, the village women are learning how to grow vegetables and herbs such as broccoli, celery, cauliflower, cabbage, radishes and chamomile, to supplement their traditional crops of corn and beans.

Learning how to grow a wider array of crops has also made them aware of how important it is to vary the food they feed their children, said Idalia Carlichero, 24, the agricultural promoter of the group. The women have begun to experiment with different methods of cooking the vegetables — largely with the approval of their families, she said. Favorites include broccoli breaded with eggs, lima beans in a red sauce and radish salad with chicharron — fried pork skin — lettuce and lemon.

“We are doing this to make sure our children always have something to eat,” said Leticia Perez, 22, whose husband works as a bus ticket collector. “Even if we can’t buy something at the market we have our own food.”

Though the issue of malnutrition is local in scope, Guatemalan Foreign Minister Carlos Morales Moscoso also sees far-reaching national and international ramifications if the problem is not tackled soon.

Poverty in his country of 17 million people has more than doubled since 1986, and today almost 60 percent of the population lives under the poverty level, he said in a recent interview with American journalists. He said the fact that over half of Guatemala’s children are chronically malnourished needs to be viewed as a long-term concern because it affects the way the country will function in years to come.

“It is an invisible disease, but it is chronic,” said Moscoso, who is Catholic. “Children who live chronically malnourished do not have the capacity to learn; it damages their brain development. What kind of future do they have? They will be agricultural laborers all their lives. This farm work generates poverty. The other option is a life of crime and, since many do not want to go into crime, their last option is migration.”

Moscoso believes this chain reaction has caused an increase in migration of Guatemalan workers to the U.S. since the crisis of 2014, which saw 16,000 unaccompanied minors entering the country illegally. This year, he said, that number has gone up to 23,000.

More money needs to be invested in social programs that address these issues, he said, otherwise the country will follow the path of Venezuela with its food shortages, deep recession and political and social uncertainty.

For now, Julia Martinez, 39, a widowed mother of five who works as a health promoter for the SEGAMIL project, said she believes the simple fact of being able to grow her own vegetables to supply nutritious food for her family is enabling her to provide a better future for them.

“This is helping me move forward with my children,” said Martinez.