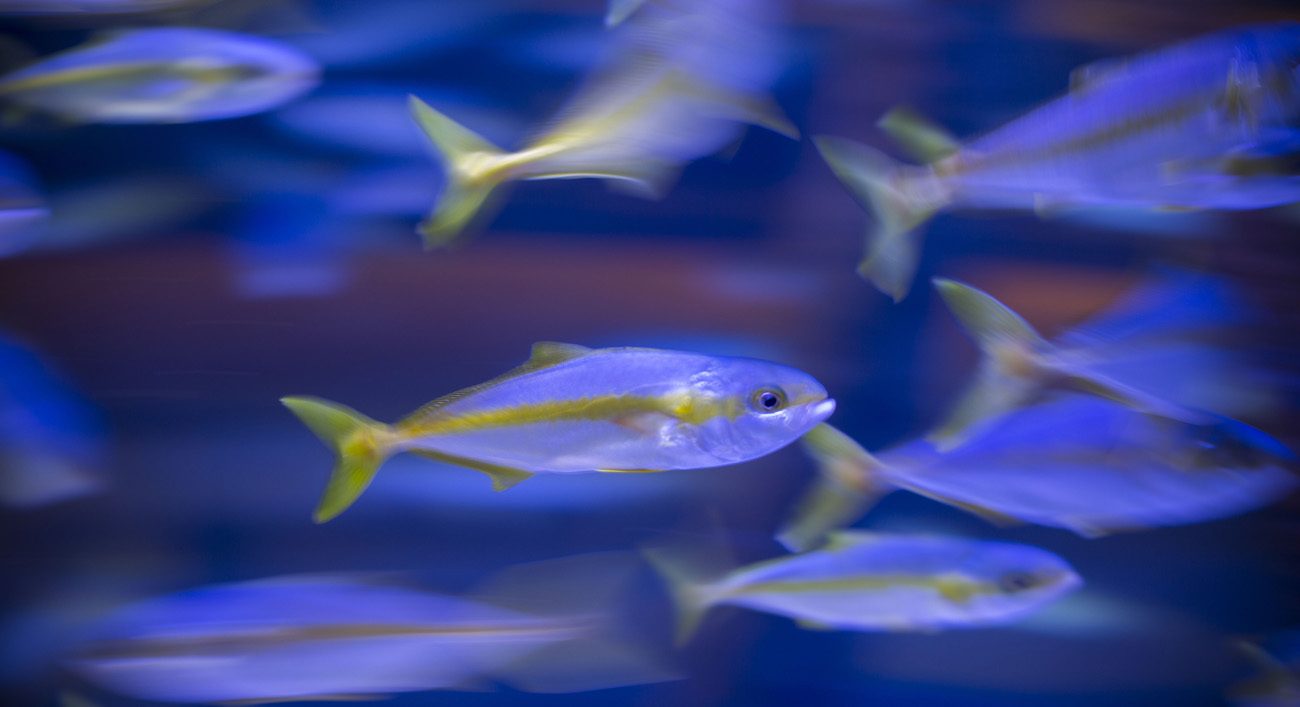 Yellowtail fish swim at the Two Oceans Aquarium in Cape Town, South Africa, Nov. 15. Pope Francis says the vulnerability of the poor and of future generations to the impact of climate change creates a "serious ethical and moral responsibility to act without delay and as free as possible from political and economic pressure" to slow climate change and protect the environment. (CNS photo/Nic Bothma, EPA)

VATICAN CITY (CNS) — The vulnerability of the poor and of future generations to the impact of climate change creates a “serious ethical and moral responsibility to act without delay and as free as possible from political and economic pressure” to slow climate change and protect the environment, Pope Francis said.

In a written message to the United Nations Framework Convention on Climate Change conference in Marrakech, Morocco, Pope Francis praised the 100 countries that formally joined the Paris climate agreement adopted last year, but emphasized that implementing the agreement must involve multidisciplinary cooperation and special measures of solidarity with the poor.

“Technological solutions are necessary, but not sufficient,” the pope wrote to the conference, which was meeting Nov. 7-18. Governments must recognize there are “ethical and social aspects” of working for a new model of development that is sustainable and respectful of both the planet and the poor.

“The current situation of environmental degradation,” he said, is “strongly connected with human, ethical and social degradation.”

Human creativity and intelligence must be devoted to finding ways to promote development that does not harm the environment, he said. But individuals and nations also must be willing to “limit their power” in the service of a new kind of progress, which is “healthier, more human, more social and more integral, capable of putting the economy at the service of the human person, building peace and justice and saving the environment.”

Education, particularly in promoting lifestyles and styles of consumption that are more sustainable, also are needed, he said.

While news coverage of the Marrakech conference focused on questions about the challenge of moving the Paris process forward if President-elect Donald Trump withdraws U.S. support for the agreement, Pope Francis called for the promotion of “a culture of care,” not just for the environment, “but also for our neighbors, whether they are close or far off.”

NEXT: Admonish sin without putting on airs or being hypocrite, pope says