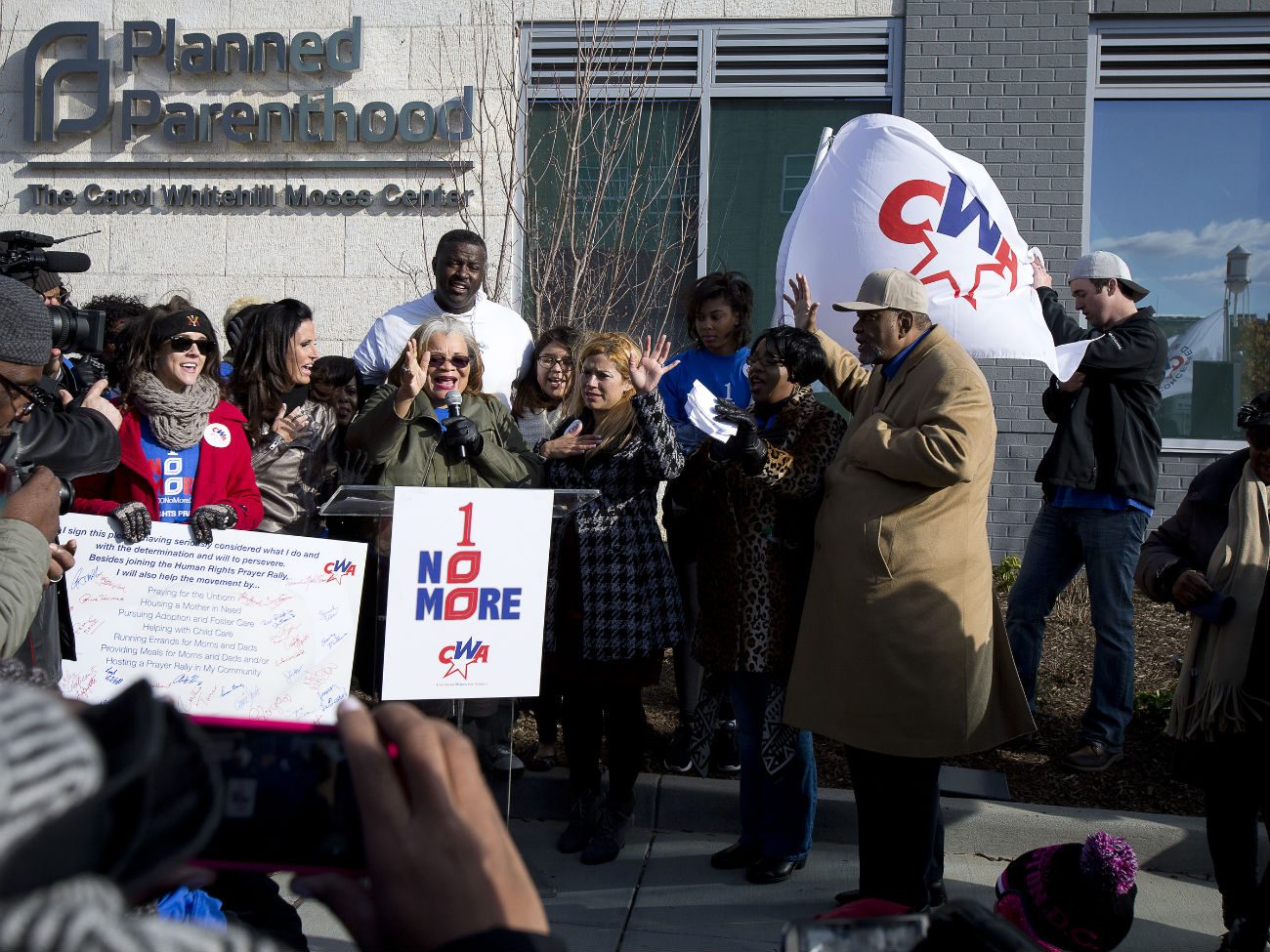 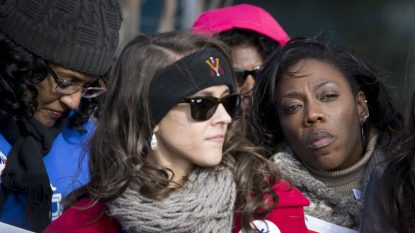 WASHINGTON (CNS) — African-Americans make up just under 13 percent of the U.S. population, but “they represent over 30 percent of all abortions,” said Alveda King, an evangelist and director of Civil Rights for the Unborn.

King, who is the niece of slain civil rights leader the Rev. Martin Luther King Jr., was one of several African-American leaders and other pro-life advocates from the District of Columbia, Maryland and Northern Virginia who held a prayer rally Dec. 3 outside Planned Parenthood’s new facility in Washington.

The nearly $20 million, 27,000-square-foot facility, which opened in September, also is administrative headquarters for Planned Parenthood of Metropolitan Washington. It is located in a semi-industrial area in the city’s Northeast quadrant.

“Planned Parenthood has built a profitable enterprise largely on aborting black babies,” said King, who is director of Priests for Life’s African-American outreach, recently renamed Civil Rights for the Unborn.  “This is even more troubling when you consider that they receive over half a billion dollars a year from the federal government.”

The rally’s organizers noted that Planned Parenthood, founded by Margaret Sanger, celebrated its 100th anniversary Oct. 16, which led to the rally-goers uniting under the banner “100 No More.”

A new release announcing the prayer rally said that Sanger’s focus on African-Americans through what she called “The Negro Project,” an effort she said was aimed at helping blacks gain better access to birth control services, has given rise to “an abortion culture that targets African-Americans.”

“In 100 years, Planned Parenthood has aborted over 7 million babies,” said the Rev. Nathaniel Thomas, senior pastor of Forestville New Redeemer Baptist Church in District Heights, Maryland. “One out of every three of those babies happens to be black. Enough is enough. We are going to pray for mothers and fathers and the unborn babies. We are also going to pray for the Planned Parenthood staff that they see the value of every life, especially the life of the unborn.”