Iraqi Christians in U.S. pray to reunite with family at Christmas 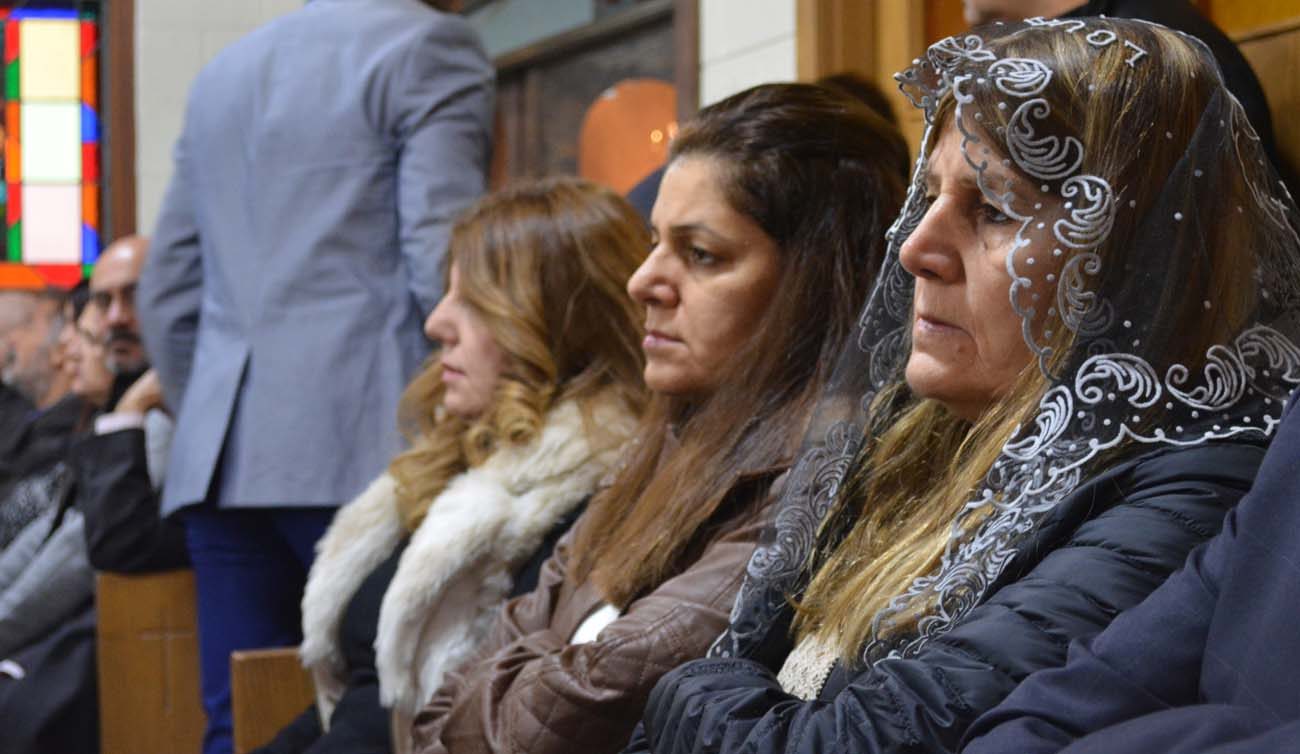 Fairuz Rassam, a long-time Chicago resident, sent for her Iraqi sisters, Firaz and Victoria, so they could escape the conflict in Iraq. They are seen at Mass Dec. 4 at St. Ephrem Chaldean Catholic Church in Chicago. (CNS photo/Simone Orendain)

CHICAGO (CNS) — On a recent overcast Sunday morning in northwest Chicago, the pews of the small wood-paneled St. Ephrem Chaldean Catholic Church were filled to overflowing. Among the rows of Massgoers sat Firaz Rassam and her sisters.

After the Mass, Rassam and her sister, Victoria Rassam, said they “pray, pray that (Victoria’s) children would be able to get out (of northern Iraq) in time” before any major Islamic State attack or any other conflict reaches their neighborhood in Ankawa, a Christian hub in the Kurdish region. Firaz Rassam, who arrived in Chicago in September, said this year she would not be able to celebrate Christmas “with the type of happiness that (her family) normally would celebrate.”

Speaking through their nephew who interpreted from their native dialect, an Aramaic derivative, Firaz Rassam, 44, told Catholic News Service that she and her three children came ahead of her husband after her other sister, Fairuz Rassam, sent for her.

“The environment over there,” said Firaz Rassam, who used to be a librarian. “There’s no electricity. It’s dangerous. There’s no work. I want to have a better future for my kids.”

Victoria Rassam, 56, who migrated to Chicago two years ago, was still waiting for her family to come. She said all she could do was pray and that she was “really hoping” she would see her children again soon.

“This Christmas we will celebrate by going to midnight Mass and praying for them,” said Victoria Rassam.

Deacon Hameed Shabila, a longtime Chicago resident who works at St. Ephrem, told CNS his siblings in the Baghdad area have not been able to attend midnight Mass for years because it is not safe. He said the churches are heavily guarded by armed forces after dark. 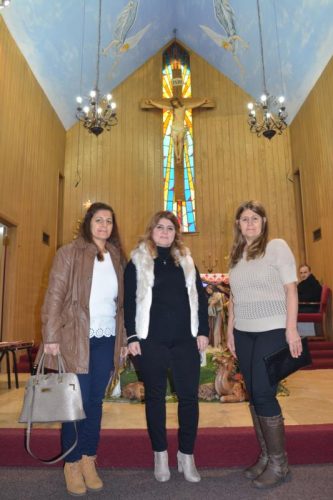 Deacon Shabila, who has asked that his siblings be allowed to come to the U.S., said it was also around Christmas time that one parishioner’s adult son was killed in Iraq 10 years ago. Shabila served as interpreter for the parishioner, Maria Yonan.

Yonan said she fled Iraq with her daughter-in-law and two grandsons immediately after her son was killed when he was celebrating on New Year’s. The 77-year old widow was hesitant to speak with CNS and feared for her grandsons’ safety as she described how a group she called terrorists attacked her son and his friends.

Yonan, who recently became a U.S. citizen and lives in low-income housing, said at Christmas she likes to go to midnight Mass at St. Ephrem, where she can be with people who speak her language. She has tried to keep up some of the same Christmas traditions that her family kept in Iraq.

Yonan said every Christmas her grandsons visit and she makes special Christmas candy called klecha, a treat that “makes people happy” and signifies a joyful time. But this year, Yonan said she was not planning to make the candies because she is in mourning after the Nov. 25 death of her son-in-law, who suffered a heart attack in Baghdad.

Hazim Maryaqo and his family also will not be celebrating Christmas this year because of the death from illness of his brother in Baghdad. Maryaqo, 49, arrived in the Detroit area Oct. 4 with his pregnant wife and three children, all younger than 8.

In a phone interview with CNS, he said through an interpreter that when the family was living as refugees in Turkey during the two years before coming to the U.S., “There was no (Christmas) celebration.”

“The three or four (Christian) families that were around us, they came to our house, we went to their house. That was as simple as we could do,” said Maryaqo, who was threatened with death at his family pastry shop in central Baghdad for selling certain cakes with liqueur in them.

Maryaqo said now that he is in Michigan, his family tries to go to Mass often, but sometimes trying to find transportation is tough. He said he is hoping to find work as a pastry chef so that the family can have some stability and get to church more regularly. But he also expressed anxiety about the safety of his elderly father and siblings left behind in Baghdad.

“I will never go back to Iraq, but I hope I can bring my family here,” he said.

Going to Christmas midnight Mass was something that Eevyan Hanoon said she longed for when she lived with her husband and toddler for three years at a refugee camp in Turkey. She told CNS by phone that she made klecha and tried to make the most of the season. But something was lacking.

“The difference at Christmastime was the Eucharist. I missed taking the Eucharist. I was with two church choirs in Mosul (Iraq),” said Hanoon, 28. “This is the most important thing in our life. We have not missed a single Sunday” since arriving in Michigan in September.

In Chicago, the Rassam sisters’ nephew, Rakan Kunda, said even if his own family has been living in the U.S. for two decades, they “always remember … family back home” at Christmastime.

“We think about them,” said Kunda, 26. “We pray for them but there’s nothing we can do at this point. Until all this is over.”

PREVIOUS: Many numbers, one result: What polling can and cannot do

NEXT: Priest-historian: 75 years later, Pearl Harbor ‘such a powerful event’