Marriage advice: Make time for each other, especially at Christmas 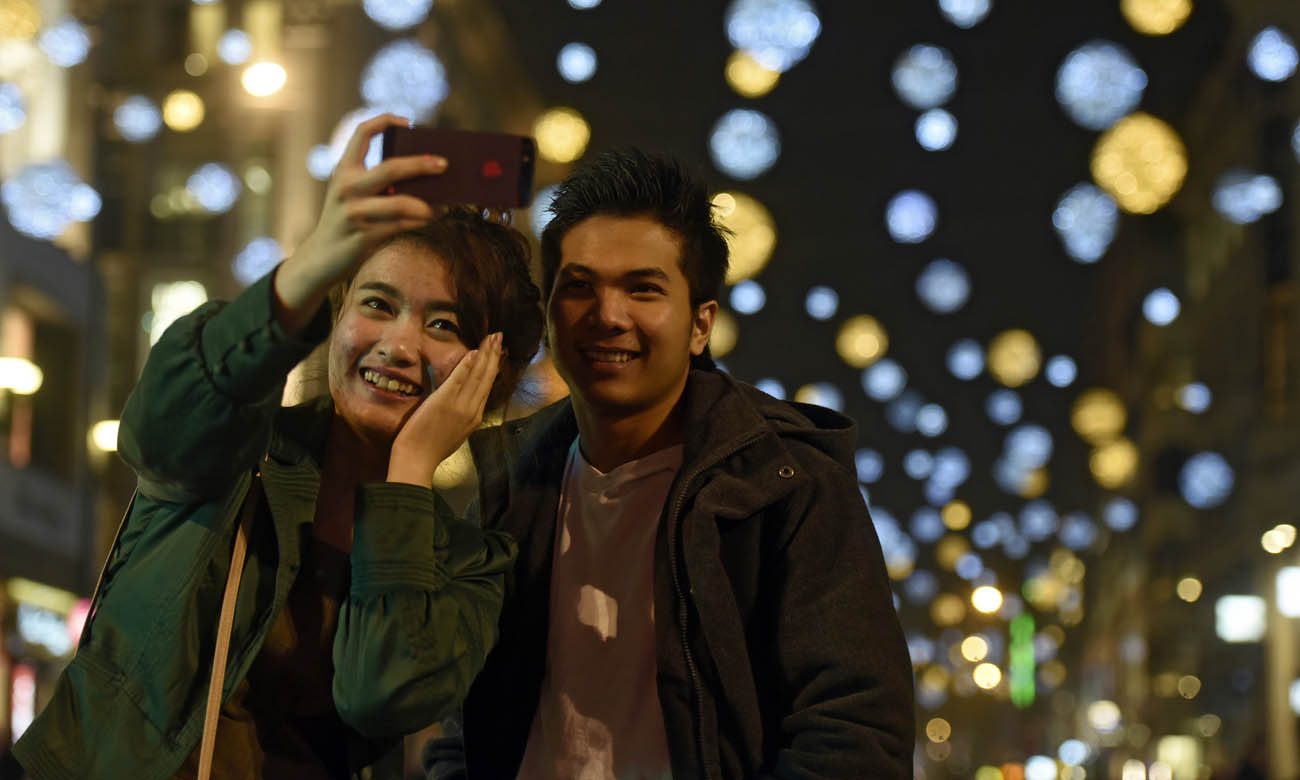 A couple takes a selfie in 2015 in front of the Oxford Street Christmas Lights moments after they switched on in London. People who work with married couples have urged them to make time for each other, especially during the often-stressful Christmas season. (CNS photo/Hannah McKay, EPA)

DUBLIN (CNS) — People who work with married couples have urged them to make time for each other, especially during the often-stressful Christmas season.

Father Sean Healy, a Cork-born priest who is also co-founder of the think-tank Social Justice Ireland, urged couples to prioritize each other and their families over the Christmas holiday period.

“The changing world of work has brought higher expectations of people’s time, and this is very different to what the situation was 30 or 40 years ago. Back then, people had jobs for life, and most households had someone working. Now all that is gone, and what we have are … increased work pressures, with an expectation in many cases that workers will be available 24/7.

“All of this is putting huge pressure on the time couples have to spend with each other and their children. It’s very bad for both the family life and for the health of a relationship. So I would urge couples to make an extra effort to spend time with each other over Christmas,” he said.

Tony Moore, a counselor with Relationships Ireland, which offers counseling for those facing relationship breakdowns, said people have false perceptions about the holidays.

“If things aren’t going well in your relationship, Christmas is an extremely difficult period,” Moore said. “There’s this perception that everyone else out there is having a wonderful time, which is rarely the case in most households. But for couples who are having problems, the sense that they are missing out can make the situation unbearable.”

ACCORD, Ireland’s Catholic marriage and counseling service, said communication problems have become the dominant issue causing breakups in relationships across the country. A detailed report from the agency, 58 percent of couples in counseling last year cited a breakdown in communication as an area of concern and described their relationships as suffering from anxiety and stress.

ACCORD’S counselors provide an annual average of almost 40,000 sessions to approximately 9,000 mostly Catholic couples and individuals. Married couples make up the bulk of the agency’s clients, while a smaller percentage of those who are co-habiting or separated regularly turn to the service’s experts for advice.

The trend of Irish couples breaking up because their work-life balance has tilted too far in direction of their jobs has also been noted by Relationships Ireland. Therapists at the charity said the number of couples who have sought professional help is up 10 percent over the previous year, with most describing their marriages as “time-poor.”

Moore said the rising trend of couples drifting apart because they barely see one another can be partly explained by the rebound over the past year in the country’s economy.

“During the recession, the biggest problem facing couples was a lack of money and financial pressures, because so many people were out of work and getting in debt,” he said. “But over the past year, the pressure of time has overtaken financial difficulties to become the dominant theme in the caseloads I’ve had.

“It’s obviously good that so many more people are back working, but the downside of that is that many are now struggling to find quality time to devote to their relationships,” he added.

He said a time-poor relationship is likely to trigger more arguments and a breakdown of communication between couples.

“What I’ve also noticed from the couples I’ve seen is that many don’t think it’s a big issue,” Moore said. “They tend to say to me something like, ‘It may sound trivial, but we just don’t have the time any longer to spend with one another.’ I explain to them that it is highly significant, and we try to work out a solution.”

Moore said the charity’s counselors task themselves at this time of year with providing a “Christmas survival plan” to help bickering couples survive the festive season without splitting up. Even in the best times, disputes are common over visiting relatives’ homes or having them visit.

“But in a relationship where there are existing problems, this becomes one of the most stressful things of all at Christmas, and I’ve really noticed it in the last few weeks,” he said.

“If you can’t stand the sight of your mother-in-law, for example, and are traveling halfway across the country to spend Christmas Day with her, it is likely to lead to huge resentment and, for those who have existing issues, this could push the relationship to breaking point.”

Recently published figures indicate that Irish couples tend to marry in their 30s, with the vast majority living together for a period before the ceremony.