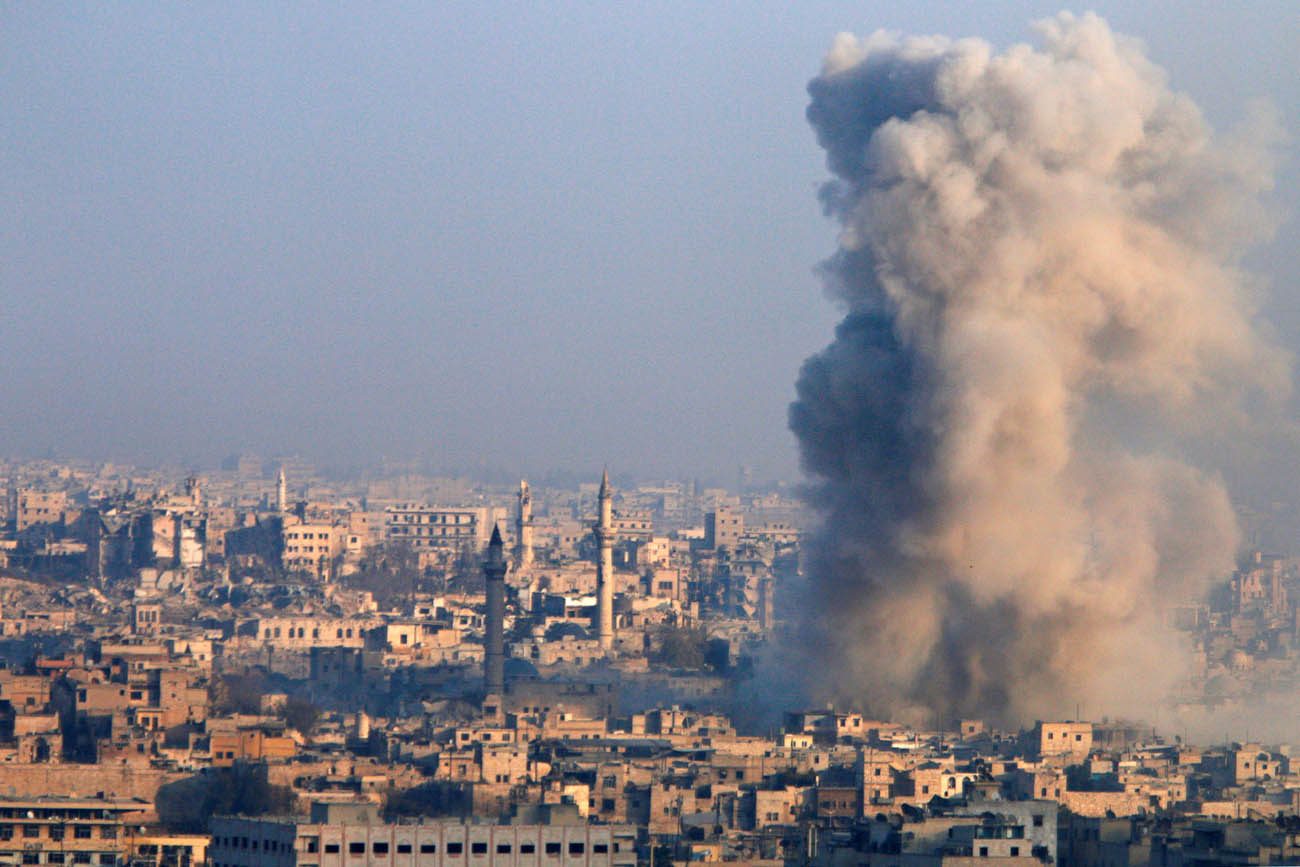 BEIRUT (CNS) — Mideast Catholic leaders are urging people to put aside ideology and blame and work to rebuild the city of Aleppo, Syria.

“The world is divided. Each one is accusing the other,” said Syrian-born Catholic Patriarch Gregoire III Laham.

“Between the superpowers bickering, a whole country got destroyed. Hospitals, schools, churches, mosques and so many people were killed or were displaced. Accusing each other is not going to help the situation. This is the time to work with each other so we can end the war and rebuild Syria.”

“It’s not the time to accuse each other. It’s the time for worldwide powers to be united and to work together for peace. Now is the time for reconciliation,” he told Catholic News Service Dec. 16, the day after he returned from Damascus, Syria.

“As Christians, we cannot have hatred in our hearts. Even the ones who attacked us, we have to pray for them that they may have a new life and not to continue with war, violence, hatred and terrorism. We must pray for them to go toward the path of peace,” he said.

In mid-December, the Syrian army retook control of almost the entire city of Aleppo. The city had been split between government and rebel control since 2012. On Dec. 16, France called an emergency meeting of the U.N. Security Council to help consider conditions for evacuating citizens and allowing humanitarian aid to reach areas most needed, reported the Associated Press.

Bishop Antoine Audo of Aleppo asked people to approach the “shattered city … as if we were coming to the stable in Bethlehem.”

“Let’s put aside the weapons and ideology,” the bishop said in a statement released by Caritas Internationalis Dec. 16. “Let’s look at the bruised faces. Let’s begin with the exhausted faces of the women and children. Let’s look at the faces of men who have lost their dreams and illusions. Let’s look at the truth and let God grant us objectivity.”

Bishop Audo, head of the Syrian branch of Caritas, urged the world to “listen to the call of the poorest, which is the cry of God crucified and (the) unborn child of the manger.

“We need reconciliation through honest dialogue,” he said, adding, “stop exploiting the fragilities and ignorance of the Third World for economic and political interests.”

He said Aleppo citizens were very happy that their city had been liberated but were “very sad for all the people that died and for the destruction of our cities, not only Aleppo. And we’re looking forward to rebuild our churches, our cities and our country.”

“Syrians are not people who like violence,” Archbishop Tobji emphasized.

He predicted there would be more fighting because “there’s still about 4,000 terrorists in Aleppo, the majority of whom are foreign fighters.”

“We’ve seen Turkman, Pakistani, Tunisian and Saudi Arabian fighters. And those, unfortunately, don’t have any choice but fighting until the end because their (native) countries don’t want them back,” he said.

“For half a decade, the people have suffered from the cruel winds of war. Millions are without homes. Even those with shelter have no heating or electricity,” he said in a statement released Dec. 14. “Our own Caritas staff burn their furniture to stay warm. Those schools still open can’t afford fuel — the children are wrapped up in heavy blankets as they sit at their desks.”

“We think of the poor, the elderly and the children huddled 10 to room. Of those living out in the open … of those under constant bombardment … Of those on the road, fleeing their homes for safety,” he said, noting that Caritas gave vouchers to 500 children in Damascus for warm clothes and shoes. “It is part of the help we provide that includes health care, education, shelter and counseling.”

“The church is working for peace, wants safe access to all populations, a cessation of violence, and the beginning of a process of reconciliation that will allow the Syrian people to safely stay in their country and work together for peace and prosperity,” Sean Callahan, CRS chief operating officer, said Dec. 16.

NEXT: Pope meets with Colombian leaders at odds on peace deal