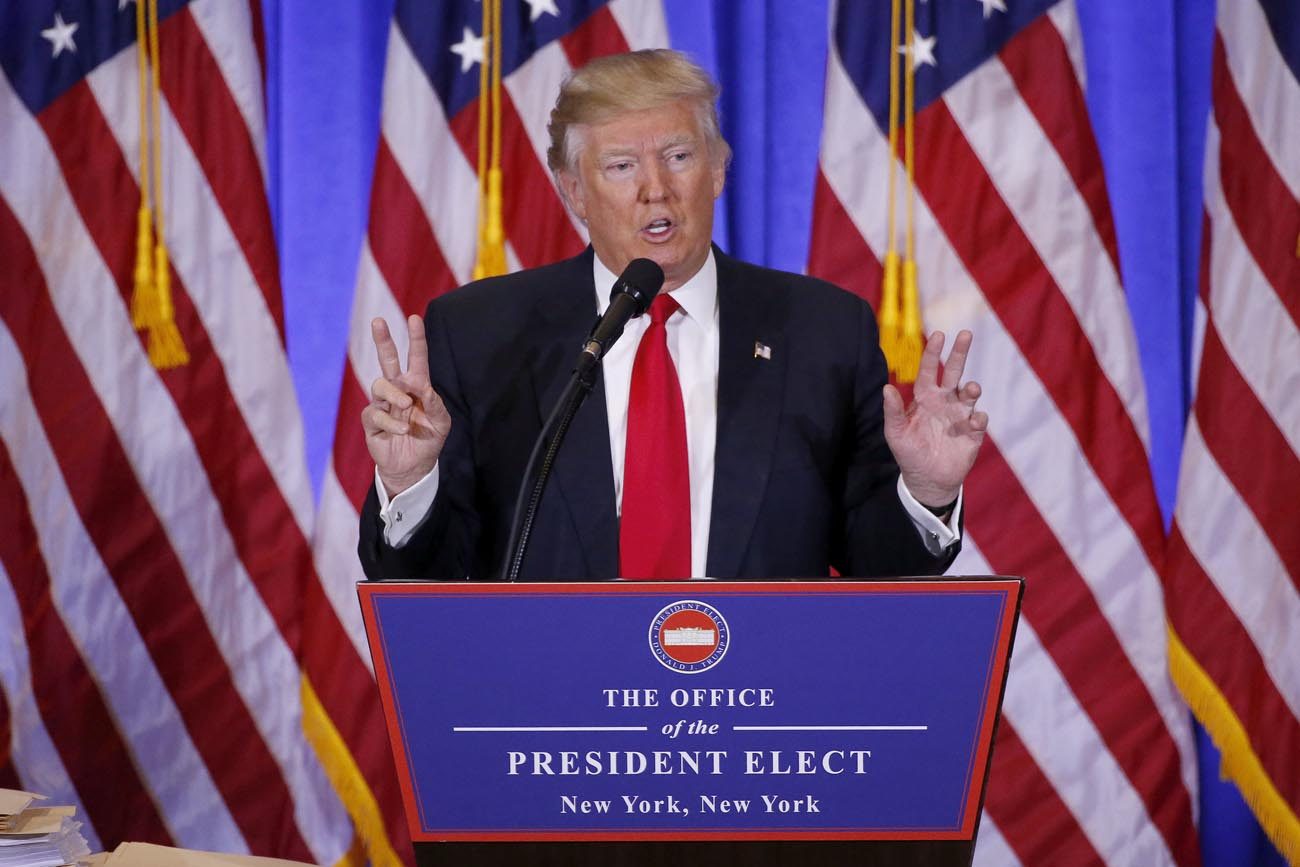 WASHINGTON (CNS) — Catholic panelists gathered to discuss “Faithful Priorities in a Time of Trump” said it is difficult to get over some of the words the president-elect said during the campaign — and even before he was a candidate. But as his presidency nears, many of them said it’s important to find ways to work with him for the common good.

“When Donald Trump says things about women … I have a hard time stomaching those comments,” said Msgr. John Enzler, president and CEO of Catholic Charities of the Archdiocese of Washington. “We can still find a way, though, to listen and say, ‘How do we find common ground?'”

Msgr. Enzler was one of five panelists Jan. 12 who addressed the role the Catholic faith can play as the country gets ready for the incoming Trump administration. Some Catholics such as Rep. Francis Rooney, R-Florida, expressed great optimism.

“We can have a lot of hope that he will protect life the way we want him to do … defunding Planned Parenthood, protecting life,” Rooney said. “Things like the insurance mandate can be brought into harmony of First Amendment rights.”

Yet others such as panelist Jessica Chilin Hernandez expressed uncertainty and apprehension of the days ahead. Chilin works at Georgetown University’s Kalmanovitz Initiative for Labor and the Working Poor, thanks to a work permit she has through the Deferred Action for Childhood Arrivals, known as DACA. President Barack Obama, through executive action in 2012, created a policy that allows certain undocumented young people who came to the U.S. as children to have a work permit and be exempt from deportation.

Chilin is one of more than 750,000 people who signed up for DACA. During the campaign, Trump said he would kill the program and threatened mass deportations, sending those like Chilin into panic.

“I felt a fear unlike any other fear I have had before,” she said about the moment she learned Trump won the election. “The fear was visceral. … one thought that occupied my mind was that homeland security knows exactly where I live. It was hard to imagine myself having a future in 2017.”

Joan Rosenhauer, executive vice president of U.S. Operations for Catholic Relief Services, said now is a good time to review the principles of Catholicism and social justice, explaining that they don’t divide people and don’t say refugees or immigrants are enemies or a burden on society.

“What we have to do is lift up our principles,” Rosenhauer said. “The problem is deeper because our own Catholic people do not know those principles.”

“I think that challenges all of us as people of faith,” she said.

Now is the time to stand up for the stranger, the working poor, and anyone who needs of our kindness or help, and Catholic social teaching has a lot to say about it, Sister Campbell said.

Msgr. Enzler noted that it is also important to understand that individuals can do much by performing kind actions toward others. People can start by asking: “What did I do today? It’s not an agency that can make things better but people,” he said.

Chilin said it’s important to keep in mind language that we use in daily conversation.

“Be conscientious of language,” she said. “Illegal is a racial slur. No human being is illegal and yet, in many circles, they use it to describe us.”

Panel moderator John Carr, director of Georgetown University’s Initiative on Catholic Social Thought and Public Life, which sponsored the event, asked how Catholics can build bridges in “an angry country, a divided country.” There are a lot of people who feel under attack, he said.

“It’s important to see what role (Catholics) can play in divisions that have been created over the past year,” Rosenhauer said. “I was really struck by Cardinal (Joseph) Tobin and his homily at his installation where one of his key points was that our kindness must be known to all.”

It’s important to stand up for beliefs even when others disagree with them, she said, “but we have to find a way to do it with kindness.”

“We want to protect children in the womb. That’s something we can work with this (the Trump) administration and Congress on. … Senator (Jeff) Sessions said there would be no Muslim ban. That’s something we would support and work together on … then let’s be clear about the areas for disagreements.”

Msgr. Enzler said Catholics, particularly the church’s leaders, must also speak and raise their voices for the vulnerable, and strongly speak the church’s message.

Moderator Carr asked Sister Campbell whether she could offer any lessons about building bridges that she learned during the Nuns on the Bus tour last summer, a 19-day trip that a group of women religious undertook from Wisconsin to the national political conventions in Cleveland and Philadelphia. Its aim was to learn what people around the country were thinking about just before the presidential election.

Sister Campbell used the bus as a metaphor for the country. Some said the bus had made them feel as if they were welcome back into a community, a feeling they had not had in a long time, because everyone was welcome on the bus. She said she heard stories about poverty, lack of jobs and lack of access to health care that resulted in the deaths of loved ones.

“No one can be left out of our care,” Sister Campbell said. “We are a nation of problem-solvers, but we have sunk into extreme individualism.”

NEXT: Bishop disappointed with change in U.S. policy to Cuban refugees