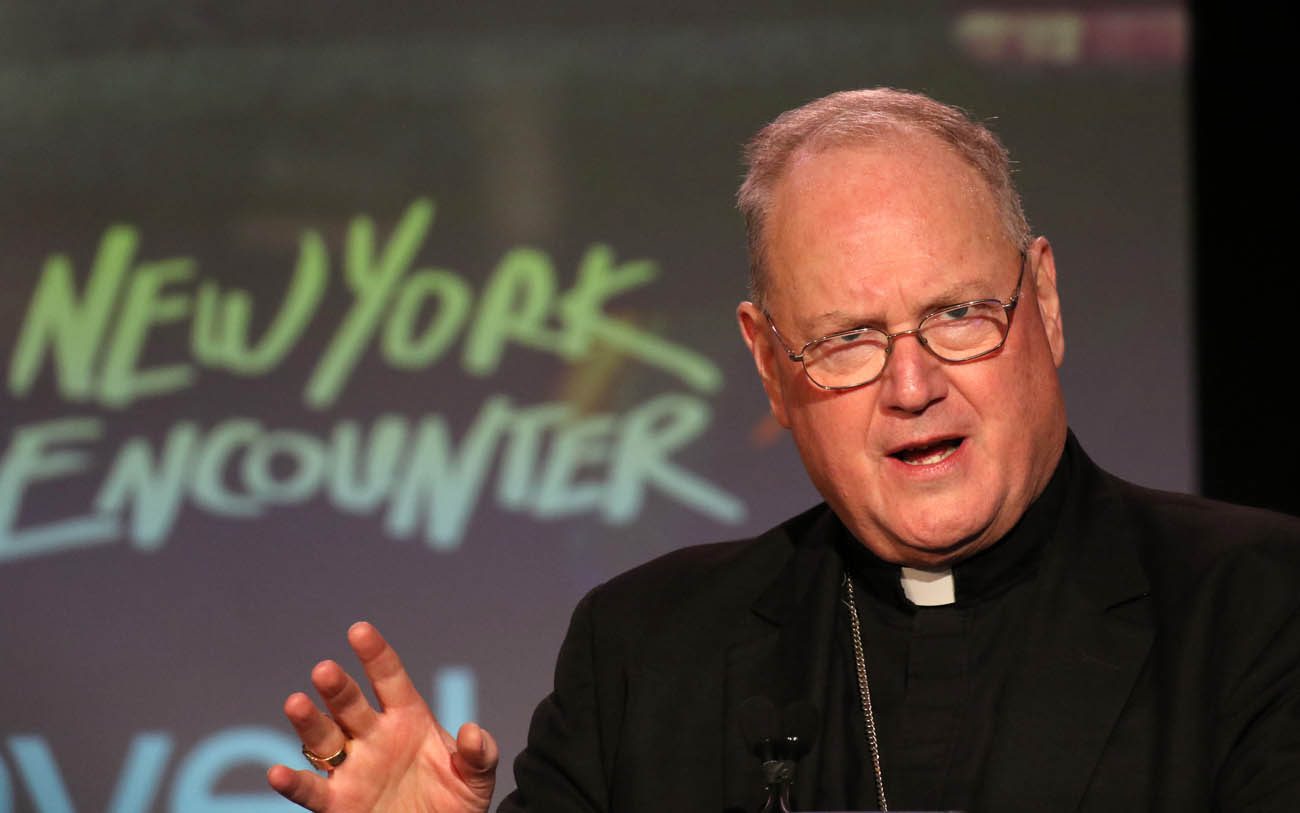 NEW YORK (CNS) — This year’s New York Encounter drew a crowd of 10,000 for a three-day cultural gathering of presentations, exhibits and performances centered on the theme “Reality has never betrayed me.”

What struck first-time participant Giovanna Maiello was the “bridge of intellectual and heart and life” that allowed her to “enter into these talks and feel like you can really get a lot out of it for your own personal journey, your own faith life.”

The Jan. 13-15 public event, now in its ninth year, was organized by the Catholic lay movement Communion and Liberation and held at the Metropolitan Pavilion.

Maiello told Catholic News Service that she hoped to take away “little things” that “help me to realign my mind back to the right reality.” How to be a sound consumer, for instance, she said, referring to Carolyn Woo’s comments during a panel discussion, “Economy With a Truly Human Purpose: Is it Possible?”

Woo, the former president and CEO of Catholic Relief Services, said, “We underestimate our power as consumers,” pointing to the need for informed choices even with small purchases like shrimp or seafood, whose industry has “a lot of slave labor embedded” into it.

New York Cardinal Timothy M. Dolan recounted the life of St. Damien of Molokai, the 19th-century Belgian missionary who ministered to people with Hansen’s disease in Hawaii before dying of the disease. The cardinal also spoke of Detective Steven McDonald, the New York City police officer who was shot and paralyzed 30 years ago, and forgave his assailant. He died Jan. 10. McDonald, the cardinal said, “teaches us that saints are for now.”

The weekend brought together a range of ages. Anujeet Sareen, father of eight and member of the Communion and Liberation movement, brought a group of middle schoolers from Pennsylvania. The aim, he said, “is getting them to use their reason. What did you see? Why was it interesting? What did you take away from it?”

For middle school, high school and college students, “ultimately the purpose,” Sareen explained, “is to say, look, whatever faith we’ve commuted to you as your parents, you have to start to make it your own.”

The way to do this, at Encounter and beyond, he said, is through connecting youth with experiences in their lives, music, movies, and getting them to discuss those experiences with their peers and other adults. Otherwise, “it’s not going to stick.”

That method originates from the approach of Father Luigi Giussani, who founded the Communion and Liberation movement in 1954 in Italy, when he saw a need for high school students to take ownership of their faith and see its relevance in their everyday experiences. The movement is now headed by Father Julian Carron.

The theme of the weekend — “Reality has never betrayed me” — “speaks to all of us,” said Father Jose Medina, the U.S. coordinator of Communion and Liberation.

It means “one very simple thing, that you have to be willing and certain and eager to trust reality — meaning the things that happen in your life — as a sign of goodness,” he told CNS. The jump then to experiencing the goodness of God is easy because “once you experience a sense of goodness toward you,” Father Medina said, “you recognize it as divine.”

Boston Cardinal Sean P. O’Malley, who celebrated Mass along with Archbishop Christophe Pierre, apostolic nuncio to the United States, told CNS he comes to the New York Encounter each year. Cardinal O’Malley’s relationship to Communion and Liberation began through his close friend, the late Msgr. Lorenzo Albacete, former U.S. leader of the movement.

“The very name of the movement,” Cardinal O’Malley said, “tells everything. Communion at a time when there’s so much individualism in our country and the autonomous self is seen as the ideal.”

This name, he said, “highlights the themes that are so precious and important for the church today.” Looking at reality with faith, said Cardinal O’Malley, “helps us to penetrate the appearances and discover what really is authentic, what really is beautiful, what really is true.”

John’s Gospel is filled with the word “remain,” said Father Medina. “And that’s what we have to offer. A place where you can remain,” he said, “a place to be and remain and be moved and changed.”

“You can tell how much it’s a community feel, with the kids running around, all the strollers, and all the people coming in and out,” Maiello said. “Even though I don’t know any of them,” she admitted. “It’s very much like we’re all just one.”

PREVIOUS: For a decade, ministry helps women transition from prison