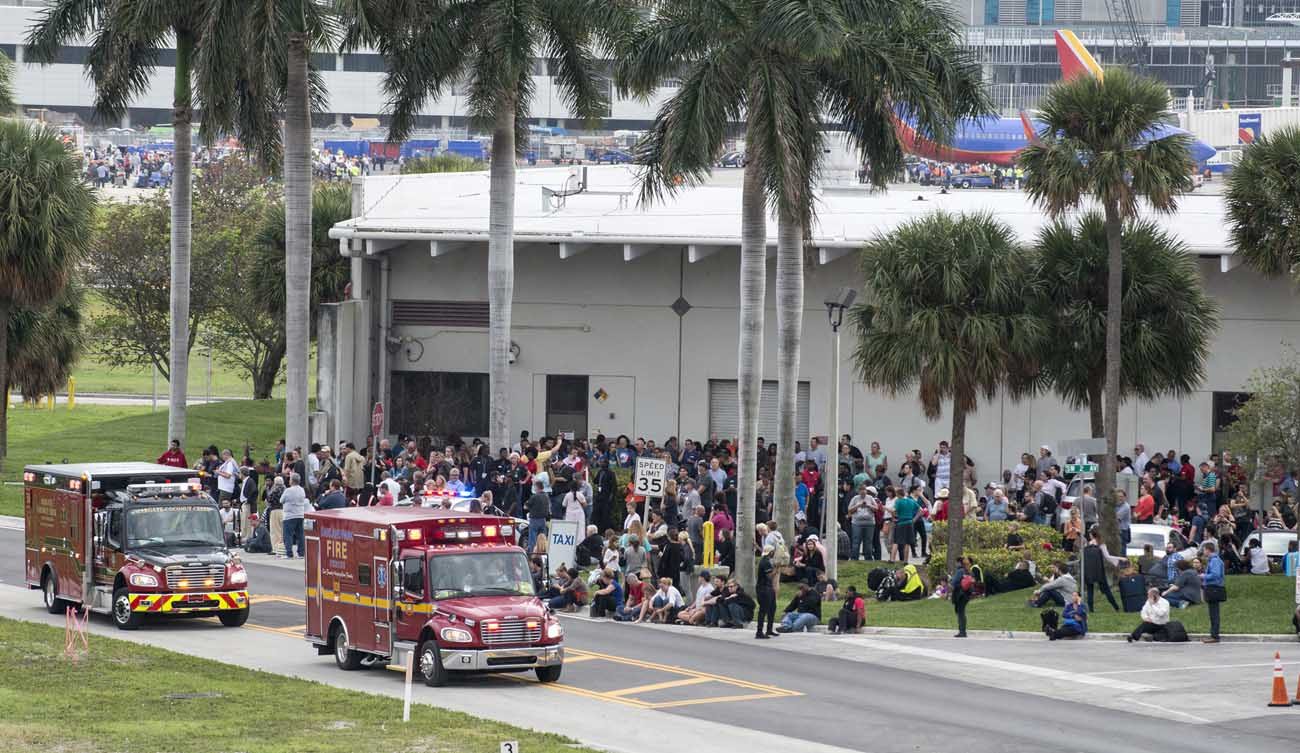 Firemen and ambulances wait outside Fort Lauderdale's airport in Florida Jan. 7, after a gunman opened fire killing at least five people and injuring eight more. Olga Woltering of Transfiguration Catholic Church in Marietta, Ga., was one of the victims killed in the shooting. (CNS photo/Giorgio Viera, EPA)

ATLANTA (CNS) — Olga Woltering, a bedrock member of her parish and the Atlanta Cursillo movement and beloved to her family and many friends, was among five people killed in the Jan. 6 shooting at a Florida airport. 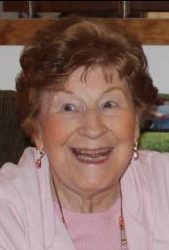 Woltering, 84, was leaving for a cruise with her husband, Ralph, to celebrate his birthday and were flying through Fort Lauderdale-Hollywood International Airport when a gunman started shooting people in a baggage claim area. Ralph Woltering was not injured.

Esteban Santiago, a 26-year-old Army veteran, is charged in connection with the incident. In addition to the five people who were killed, six were injured.

The Wolterings, who are great-grandparents, have been active members of Transfiguration Church in suburban Marietta for nearly 40 years, according to the parish. Her funeral Mass will be celebrated at the parish Jan. 12.

“Olga was one of the most joyful, loving, caring and committed people I have ever met,” Father Fernando Molina-Restrepo, Transfiguration pastor, said in a statement.

“This is a horrible tragedy for everyone here at Transfiguration, especially because Olga was so loved,” the statement said. “May God give consolation to all of the victims of this tragedy and may God give eternal rest to those who died. Especially to our beloved Olga.”

The statement noted that the couple always sat in the front row at 5 p.m. Mass and had been members since 1978. Ralph Woltering is a member of the Knights of Columbus.

Olga Woltering met her husband in her native England when he served in the Army there, according to Sister Margaret McAnoy, a member of the Sisters of the Immaculate Heart of Mary and spiritual director of the Atlanta Cursillo movement. They have been married more than 60 years.

“They were still obviously so much in love. They just demonstrated the sacrament of marriage,” said Sister Margaret said.

Sister Margaret recalled how Olga Woltering would tell stories during the Cursillo weekends that would both entertain the group and offer spiritual insight. She had “a wonderful presence,” Sister Margaret said.

“When she made the Cursillo, she got involved right away. She would do anything she was asked to do. It’s a great, great loss,” Sister Margaret added.

“I was never around Olga when she was not smiling and joyful. She always had a positive attitude,” said Glenn Zipfel, who serves on the Atlanta Cursillo leadership team.

The Woltering family issued a statement and requested privacy “as we mourn her loss and support our father and each other in the coming days.”

“Olga Woltering was a loving wife, mother, grandmother, great-grandmother, and good friend to many. She, along with our father Ralph, is the cornerstone of our family, and while she’s absent in our lives now, she remains in our hearts, thoughts, and memories forever,” the family said.

“Mom’s heart and soul rested in this church and its spirit-filled community,” the family said of her involvement with the parish.

“She spoke to groups about her personal faith as a testament to the power of God’s love for us. She will be terribly missed by her faith community,” the family said.

Sister Margaret explained how receiving the news of the tragedy was devastating.

“I burst into tears. You couldn’t wrap your head around it,” she said.

The Wolterings had flown to Florida a day early for their cruise because snow was predicted in Atlanta.

“I don’t know why God called her home at this moment,” Sister Margaret said. “If anybody walked into heaven, she did.”

This story was contributed by the staff of The Georgia Bulletin, newspaper of the Archdiocese of Atlanta.