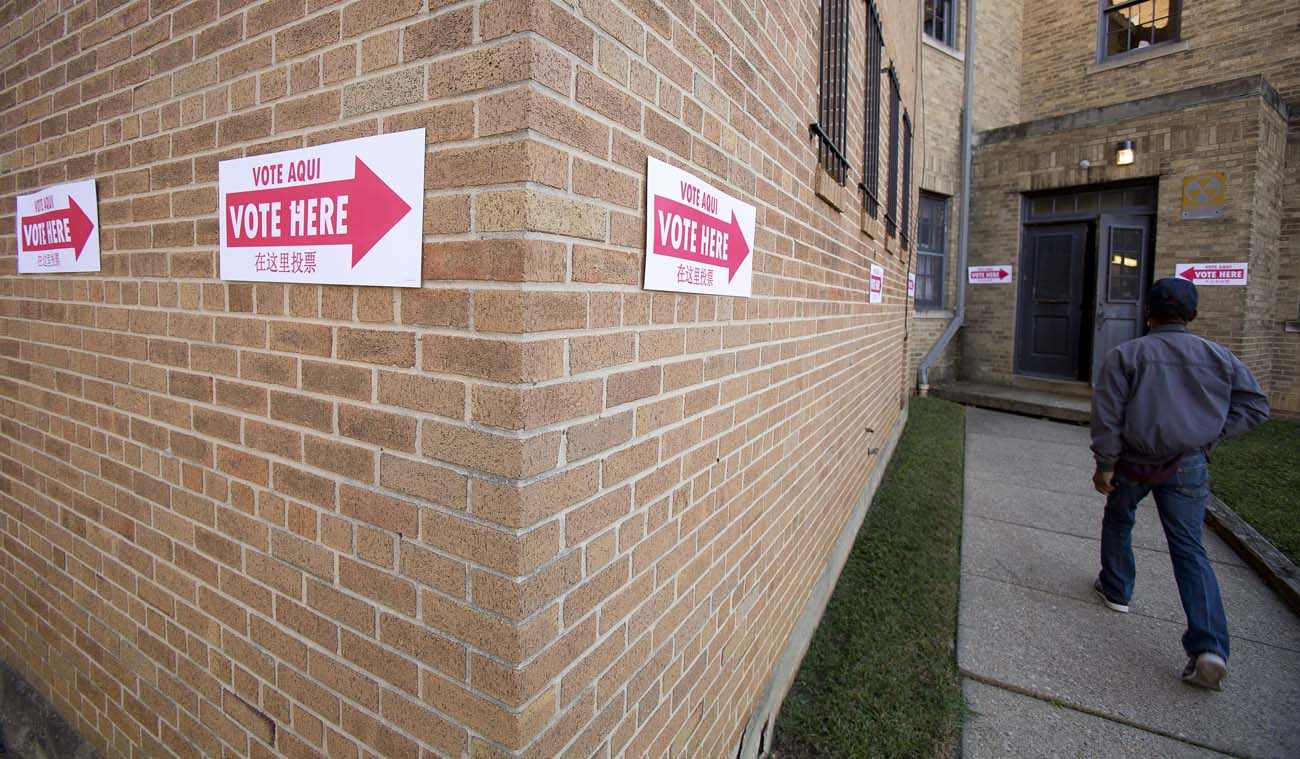 A man walks to vote in 2016 at the John Bailey Room in St. Francis Xavier Church in Washington. (CNS photo/Tyler Orsburn)

WASHINGTON (CNS) – Voting rights advocates discussed the disenfranchisement of voters in the United States, especially in the November election and said the system needs to improve.

At the Jan. 11 “State of voting rights in America” panel at The Brookings Institution, panelists such as civil rights activist Jesse Jackson Sr. recalled the “very tortured history around the right to vote” in the U.S. and said steps must be taken so that rights are not further eroded.

Many took aim at the U.S. Supreme Court decision in Shelby vs. Holder, which in 2013 struck down an important part of the Voting Rights Act of 1965, and allowed nine southern states to change their election laws without advance federal approval. The decision, which took effect immediately, affected redistricting maps and voter identification laws that many on the panel credited with disenfranchising African Americans and Latino voters.

The evening before, in his farewell address to the nation as president, Barack Obama mentioned some of those concerns.

“When voting rates in America are some of the lowest among advanced democracies, we should be making it easier, not harder, to vote,” he said.

Clarissa Martinez de Castro, deputy vice president at the Office of Research, Advocacy, and Legislation at the National Council of La Raza, said it is no coincidence that obstacles seem to appear and are disparate among communities of color, particularly among those whose numbers are growing in the electorate. Measures to disenfranchise those communities are intentional, she said.

“The reality is that voter suppression is alive and well,” she said.

Martinez de Castro spoke about defeating measures at the local level that diminish voters’ accessibility and other obstacles to participating in elections. While the problem may seem to affect communities of color disproportionately, it should worry everyone because it ultimately can affect all citizens, she said.

“We are talking about a naked attempt to quiet … the voices of those communities,” Martinez de Castro said. “In many ways, our communities (of color) are the canaries in the mine. It does not only affect black communities.”

In her 2013 dissent of the Shelby County vs. Holder case to which the panelists repeatedly referred, Justice Ruth Bader Ginsburg wrote: “The court errs egregiously.” She lamented the high court’s decision and said that for a time, the Voting Rights Act had tried to do something about ending racial disparity among voters.

Panelist Hilary O. Shelton, senior vice president for advocacy and policy at the National Association for the Advancement of Colored People’s Washington office, said communities can do something about what’s happening by voting, particularly in local elections.

“It’s in our hands,” he said. “If Congress wants to get re-elected, it’s in our hands. We have to fix what we have … and make sure the right to vote is enjoyed by everyone.”

PREVIOUS: Cardinal Dolan has one minute to read from Bible at inauguration

NEXT: Bishops still have hope Congress will pass immigration reform