God’s forgiveness is call to sin no more, pope says 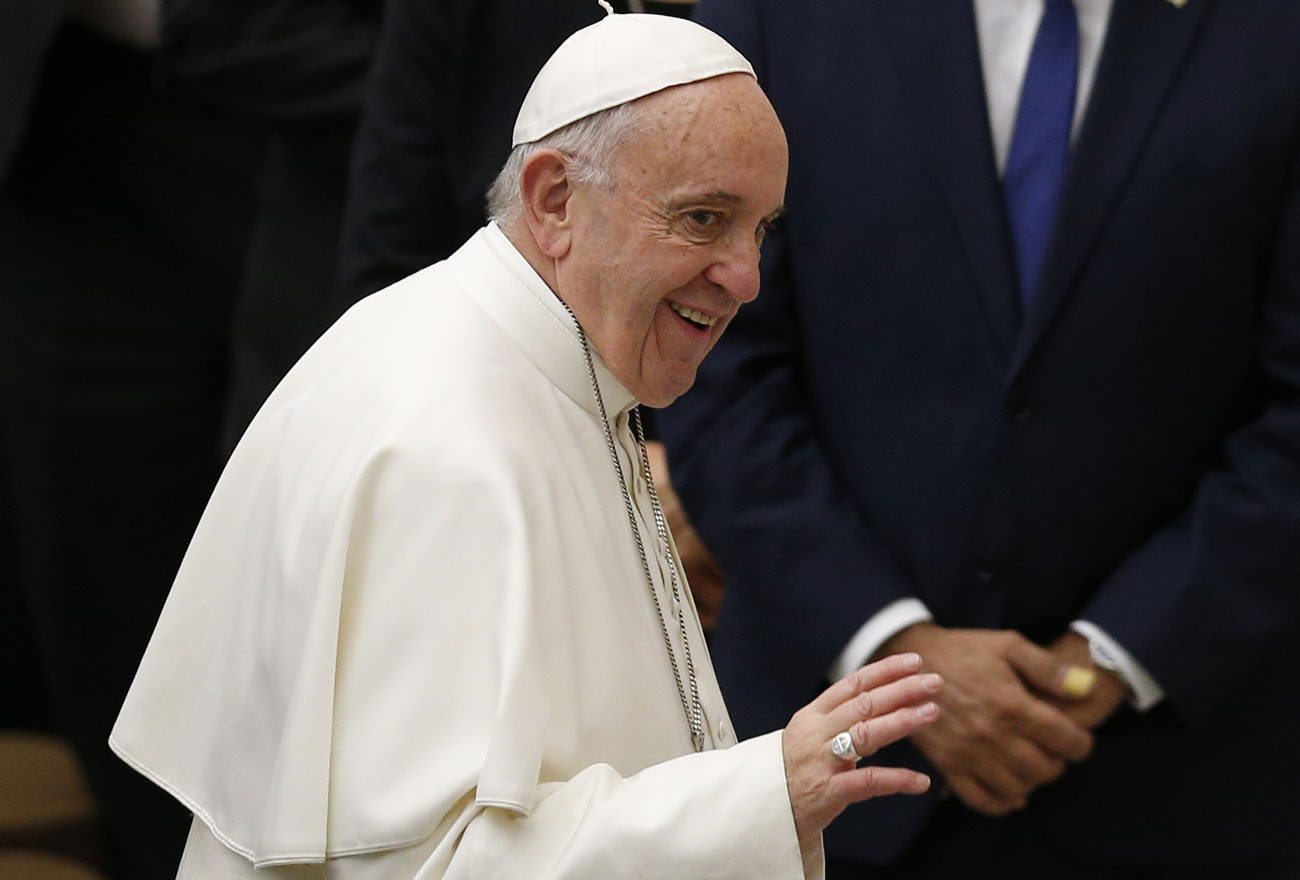 Pope Francis greets people as he arrives for his general audience in Paul VI hall at the Vatican Jan. 18. (CNS photo/Paul Haring)

VATICAN CITY (CNS) — God forgives and forgets the faults of repentant sinners, unless they keep reminding him of their errors by pretending they have no need to change, Pope Francis said.

The new covenant in Jesus Christ, the new relationship God wants to establish with each person, is sealed by being “faithful to this work the Lord does to change our mentality, to change our hearts,” the pope said Jan. 20 during his morning Mass.

Being a Christian, he said, is making a commitment to changing one’s life by “not sinning again or reminding the Lord of that which he has forgotten.”

The pope preached on the day’s reading from the Letter to the Hebrews, which says God will write his laws on the hearts of believers, “will forgive their evildoing and remember their sins no more.”

“Sometimes I like to think — joking with the Lord a bit — ‘You don’t have a very good memory.’ It is God’s weakness that when he forgives, he forgets,” the pope said.

By writing his laws on people’s hearts, he said, God wants to renew creation at its roots. Obedience, then, is not an external matter of following rules, but “there is a change of mentality, a change of heart,” a different way of acting and of seeing things.

“Think about the ‘doctors of the law’ who persecuted Jesus,” he said. “They did everything, everything prescribed by the law, they had the law in their hands, all of it. But their mentality was far from God. It was a selfish mentality, centered on themselves. Their hearts were hearts that condemned.”

In forgiving rather than condemning, the pope said, God’s call to believers is a call to sin no more and to change one’s life.

NEXT: ‘We must wait and see,’ pope says of President Trump