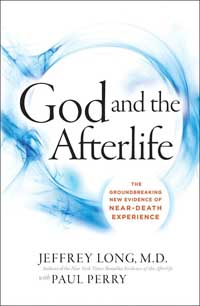 Since the beginning of time, death has posed the ultimate enigma. Where exactly do we go after our physical demise? Catholic tradition points to heaven or hell (and sometimes, purgatory). While earlier generations seemed to accept these beliefs on faith, in our age medical advances have made near-death experiences comparatively common.

Everyone has heard of near-death survivors, often called NDEers — those whom modern medicine has brought back from the very brink of death. In fact, a 1992 poll by Gallup — cited by the Near Death Experience Research Foundation — found that 13 million Americans, or 5 percent, had a near-death experience.

These survivors of horrendous car accidents, heart attacks and the like have actually flatlined, meeting the clinical definition of death. And when doctors revive them, these patients often tell similar stories of out-of-body experiences that include meeting deceased loved ones, crossing through a tunnel into a brilliant light and feeling cocooned by an overwhelming love, often from a distinct, supernatural personage who many of them conclude is God.

Not surprisingly, the sizable cohort of survivors of a near-death experience has inspired a popular literature that ranges from collections of anecdotes to more “scientific” explorations of the subject.

In 1975, when Raymond Moody, a physician and philosopher, published his book “Life After Life,” a collection of interviews with and anecdotes about NDEers, it became a best-seller and sparked much popular interest in the subject. However, some critics dismissed Moody’s lack of scientific rigor; for example, he provided no statistical analysis of the data he collected about the experiences of those who seemingly died and then were revived.

Dr. Jeffrey Long’s new exploration of NDEers seems to try to address some of the limitations of earlier studies such as Moody’s. “God and the Afterlife” reports on more than 4,000 near-death experiences cataloged by the nonprofit Near Death Experience Research Foundation that Long, a radiation oncologist in Houma, Louisiana, founded in 1998. He also established a website — nderf.org — to collect near-death accounts for scientific study.

In this book, Long reveals some of the experiences that near-death survivors “of diverse backgrounds and religious traditions” consistently report, such as feeling out-of-body and encountering a loving, mystical, divine being. Commonly, survivors also note their passage through a tunnel, the presence of a brilliant light and encounters with deceased relatives and friends.

Long presents numerous first-person accounts of near-death experiences, such as this one from a nurse who experienced severe blood loss during a cesarean section: “I looked down at my son’s incubator and wondered, ‘Am I dead?’ But I was also thinking that it was OK if I were dead, because my son was all right. I was later given a photograph of him post-birth that looked exactly the same as what I saw, even though he was on the other side of the curtain.”

Long found that many who survive these close calls with death report feelings of extraordinary peace and calm, as did a survivor of two cardiac arrests, who described how, “On the other side, the arms of my loved ones welcomed me home. The intense love just can’t be described in words … I felt content and safe, like I was in the care and love of God. And that love of God felt like the first time you see your baby or the first time you fall in love — multiplied by 10,000.”

The book is a follow-up to Long’s earlier New York Times best-seller, “Evidence of the Afterlife: The Science of Near-Death Experiences” (2010). Intriguingly, it addresses less common aspects of near-death experiences, such as “hellish encounters” (reported by fewer than 4 percent of Long’s sample), which may seem “unworldly, frightening and suggestive of classical concepts of hell.”

Long concludes that there is no correlation between one’s relative “goodness” and the chance of encountering what he calls “a walk through the Valley of Death.” All kinds of people have reported such experiences. Long prefers not to characterize them as “negative,” because they seem to spur survivors to live transformed, more meaningful lives as much as the more common, pleasant near-death experiences do.

He observes that “there is historical literary evidence that past saints and holy men and women have experienced descent into hell. And, although this brush with evil may be hard on them it also often provides the grist for a deeper spirituality, one that moves them to greater spiritual wholeness.”

With many engaging first-person accounts culled from this large near-death study, “God and the Afterlife” is easy to read and will likely interest many. Long’s conclusion is unequivocal, that this data set of more than 4,000 near-death experiences offers “overwhelming evidence of God.”

Some skeptics might question whether the reported tunnel, the light and the encounters with dead relatives and with a divine being actually occur during the period when the NDEer is judged to be clinically dead. Or could these experiences possibly occur in the seconds as consciousness (and life) is being regained? The latter explanation might cast doubt on the claims of Long (and other researchers).

Ultimately, despite this and other attempts to study what happens after we die, we may just have to take it on faith. At the very least, “God and the Afterlife” leads us to ponder the reality of God, if not to find a definitive answer.