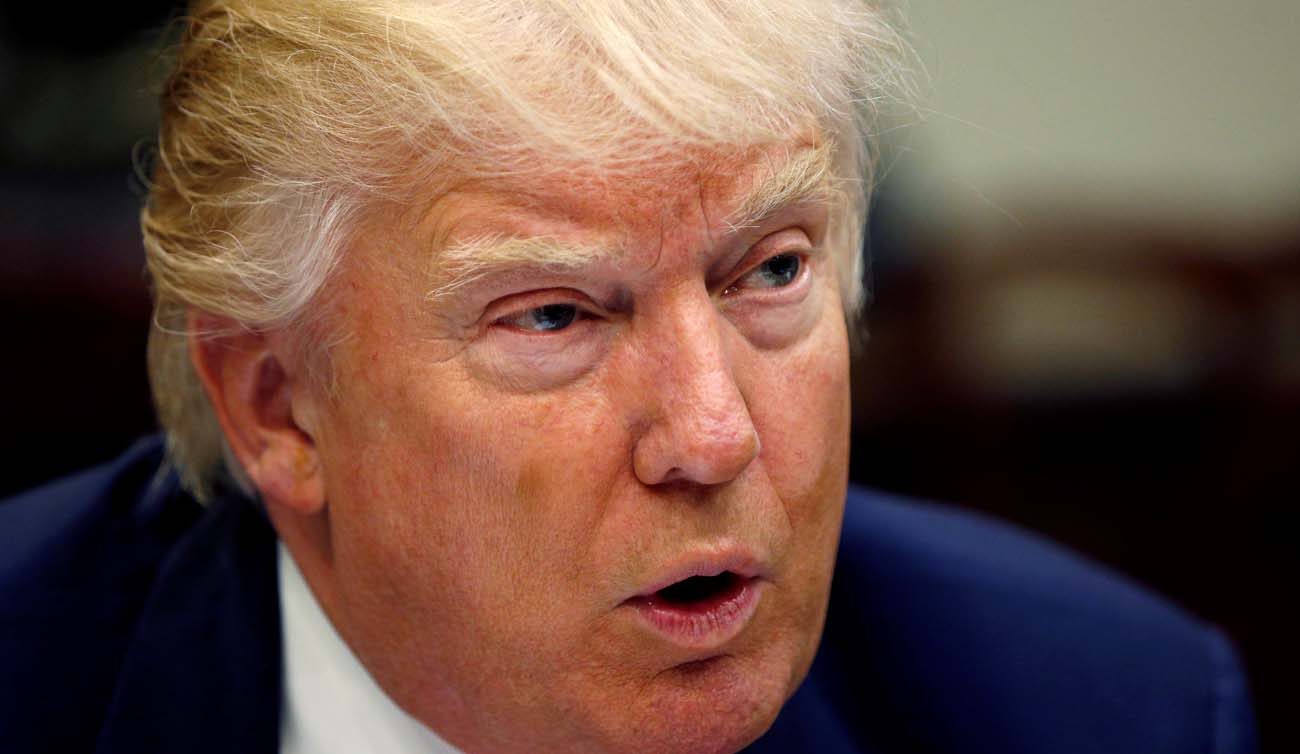 WASHINGTON (CNS) — Donald Trump campaigned by saying he would aggressively go after the country’s 11 million unauthorized immigrants, promising deportation forces and a border wall with Mexico paid for by the United States’ neighbor to the south.

Time will tell whether he’ll be able to deliver what he promised his supporters, but in two memos his administration recently made public, the Department of Homeland Security outlined guidelines that, if money or Congress approval allow, may lead to the fulfillment of some of those promises.

Supporters and foes met the memos with condemnation, disappointment as well as support, after they were unveiled Feb. 20. Some said Trump has gone too far, and some say he didn’t go far enough because the administration failed to mention what it would do with the more than 750,000 unauthorized immigrants who currently have reprieve from deportation under the Deferred Action for Childhood Arrivals, or DACA program.

White House Press Secretary Sean Spicer on Feb. 21 said the new guidelines, which include hiring more border agents, planning the construction of a wall on the U.S.-Mexico border and hiring more legal personnel to “repatriate illegal immigrants swiftly,” would enhance enforcement of immigration laws inside the U.S. as well as prevent further unauthorized immigration into the country.

On Feb. 23, Bishop Joe S. Vasquez of Austin, Texas, chairman of the U.S. bishops’ Committee on Migration, said the provisions in the memos “will harm public safety rather than enhance it” since the trust that “currently exists between many police departments and immigrant communities” will be eroded if local agencies are tasked with deporting the communities they’re asked to protect.

Jeanne Atkinson, of the Catholic Legal Immigration Network Inc., a nonprofit legal services agency founded by the U.S. Catholic bishops, said Feb. 22 on the “Son Rise Morning Show” that while President Barack Obama earned the moniker “deporter in chief” because of the record-breaking 2.5 million deportations that took place under his administration, the arrests and removals during his two terms in office focused on expelling serious criminals or those who posed an imminent threat to the nation.

What Trump is doing, Atkinson said, is different and signals an “expansion” of deportations in which people who haven’t committed crimes, other than crossing the border without permission, and don’t pose an imminent threat, could be sent back into perilous situations in their native countries or become separated from their families.

“From a Catholic agency’s perspective, we’re very worried about families being broken up. We’re worried about the loss of recognition of human dignity,” Atkinson said on the radio show.

Of great concern to Catholic agencies also is the situation mentioned in the memos dealing with children who travel alone, fleeing violence in their home countries or seeking reunification with family in the U.S.

The memos said that “regardless of the desire of family reunification,” smuggling or trafficking of “unaccompanied alien children” is “intolerable” and said “exploitation of that policy led to abuses by many of the parents and legal guardians.” The memos seemed to suggest that parents of children who have sent for them and are unauthorized to be in the U.S. could themselves face expulsion from the country.

“These policies support deplorable, morally repugnant, aggressive treatment of immigrants and, considering ICE actions already underway, we cannot trust that any part of their implementation will be carried out fairly or rationally,” said the Washington-based Franciscan Action Network in a Feb. 21 statement referring to the Immigration and Custom Enforcement agency, whose agents carry out deportations.

ICE already has violated its own policy of avoiding arrests in sensitive locations, such as houses of worship, the nonprofit said, referring to a February incident in which homeless men leaving a hypothermia shelter in an Alexandria, Virginia, church were arrested by immigration agents.

On social media, many of the president’s supporters applauded the new policies, while others voiced disappointment because the memos didn’t address rolling back DACA, which, in addition to granting a reprieve from deportation, grants work permits to those who were brought as minors to the U.S. without legal permission.

While campaigning, Trump said he would do away with the DACA policy implemented by the Obama administration. However, Trump recently said DACA was a tough topic for him because, while some DACA recipients are “gang members and they’re drug dealers, too,” he also saw that many of them are “absolutely incredible kids” and said that whenever he made a decision, it would be made with “heart.”

Holy Cross Father John I. Jenkins, president of the University of Notre Dame, said in a statement that while he was encouraged that “Obama-era protections for undocumented immigrants who came to the U.S. as children” appeared to be protected for now, there is concern that “other undocumented members of our communities are treated fairly and compassionately.”

Some interpreted that the silence on DACA in the memos meant the policy would be left alone, but in his Feb. 21 press briefing, Spicer said that anyone in the country without authorization is subject to deportation at any time and said the measures announced were a matter of what’s a priority at the present time. There have been two arrests under the Trump administration involving DACA recipients. One currently is covered by DACA and the other has been waiting for a renewal under the program.

In his statement, Bishop Vasquez said “taken together, these (new policies) constitute the establishment of a large-scale enforcement system that targets virtually all undocumented migrants as ‘priorities’ for deportation, thus prioritizing no one.”

While he voiced concern for all immigrants who could be affected, Bishop Vasquez said it was particularly worrisome that the memos seem to “eliminate important protections for vulnerable populations, including unaccompanied children and asylum seekers” and “greatly expand the militarization of the U.S.-Mexico border.”

The memos also seemed to target unauthorized immigrants who receive public assistance and directed enforcement agents to prioritize for deportation “removable aliens” who “have abused any program related to receipt of public benefits.”

It’s hard to tell so far how much action has been taken, or can be taken, to enforce the new policies since they need to be backed financially, but what’s certain is that they have provoked fear.

The Kansas City Star reported in February “sparsely filled” pews at Catholic churches in the Diocese of Kansas City-St. Joseph, Missouri, after rumors spread online about weekend raids at places of worship in the area, and nationwide, unauthorized immigrants expressing fears that even the church can’t protect them from an administration intent on their removal.

In an editorial in his local daily newspaper, Bishop Richard E. Pates of the Diocese of Des Moines, Iowa, announced a Feb. 28 prayer service “to show solidarity with and support for our immigrant and refugee brothers and sisters in these days filled with fear and anxiety for them.” He said that while the immigration system is broken, “there is an orderly, constructive way to repair it.”

Bishop Vasquez urged the Trump administration to reconsider its approach, not just in the Feb. 20 immigration policies it unveiled but in “a number of executive orders and actions issued over the last month,” which he said “have placed already vulnerable immigrants among us in an even greater state of vulnerability.”